Tata Motors’ 2020MY portfolio arguably consists of the best-looking products in the affordable sphere of the Indian automotive market. Even if one finds it hard to agree with this, it is almost impossible to title a modern Tata product ‘bad-looking’. Other major brands have also followed suit at creating attractive products. However, some of them have failed miserably in the process.

Proper automotive design and styling enthusiasts might point out that Indian-origin car designs carry some extra bits that would otherwise leave space for clean aesthetics. To a good extent, this is true as well since the wider majority of buyers in the country are not that passionate or ‘tasteful’ about automobiles, but are attracted to elements such as chrome overload, extended plastic claddings, sticker jobs all around, etc. Certain OEM accessories are culprits too.

The Indian automaker states that its ‘Impact Design 2.0’ philosophy showcases a ‘sharper yet contemporary approach’. From the designers’ perspective, there are three principles each for exteriors (“exciting proportions, expressive surfaces and extraordinary details”) and interiors (“inviting spaces, intelligent choices and in-touch surfaces”). The Tata Harrier was the first Impact 2.0 product. It was followed by 2020MY avatars of the Nexon, Altroz, Tigor and Tiago. 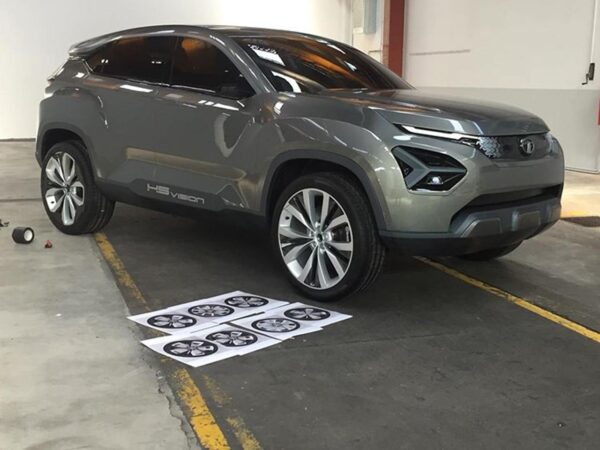 Pratap Bose, Vice President (Global Design) of Tata Motors, has shared the final 1:1 clay models of the Tata Harrier (‘H5X Concept’ back then) and Nexon facelift on Instagram. The images were taken at the brand’s design studio in Turin, Italy — one of three in the world.

Starting with the H5X Concept, the crossover concept looks considerably different than its present road-going counterpart. The overall silhouette remains nearly identical even though key aesthetic details (headlamp and tail lamp assembly, wheels, bumpers, stance, among others) have made a marked shift. 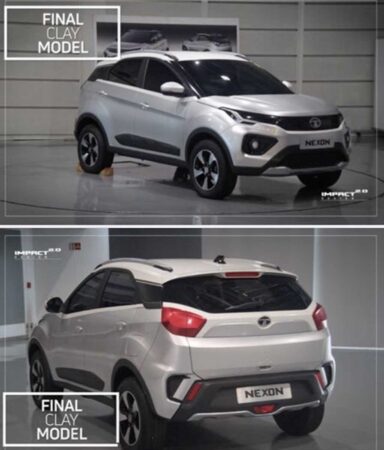 Meanwhile, the ‘2020 Nexon’ clay figure looks largely the same, being a facelift. Still, those who have an eye for details can easily spot a few differences. It is worth mentioning that the very first ‘2015 Nexon’ concept had varied traits compared to the production-spec pre-facelift version.

To date, there have not been many Indian cars that could grab global attention (in a positive way) purely through aesthetics. Tata Motors was one of the very first in recent times to impress foreign journalists and auto vloggers (knowledgeable members of the community) thanks to some interesting concepts showcased at previous instalments of Geneva International Motor Show. Even the TaMo RaceMo project (sacked) gained respect from international media due to the effort made.