Tata Motors today rolled off their first ever Harrier SUV from the production plant in Pune. In doing so, they have also showed the front of the production-spec Harrier officially. This is the first time Tata has revealed the new Harrier SUV.

Tata Harrier, which was codenamed H5X prior to its official naming, will be launched later this year. It will share its platform L 550 with the Land Rover Discovery Sport and Range Rover Evoque. The platform has been tested globally for over 22 lakh kms. 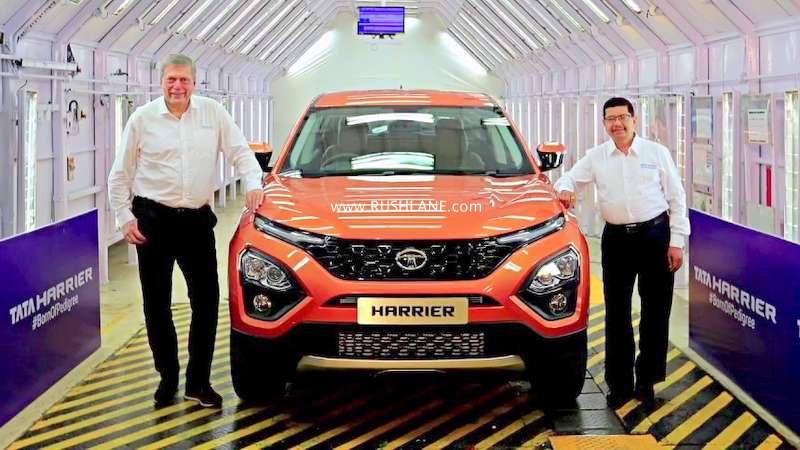 Sporting a 5 seater layout, the Harrier flagship SUV receives a spacious cabin with comfortable seating. It will get rear AC vents, 2 airbags, sunroof, surround sound system and an infotainment system with HD display.

Tata Harrier is powered by a 2.0 liter Kryotec diesel engine which is expected to deliver 140 PS power and 320 Nm torque. Transmission options on offer include a 6 speed manual as well as 6 speed automatic box. Both 2WD as well as 4WD options will be on offer.

Set for launch in the coming months, the new Tata SUV is estimated to be priced between INR 13-16 lakhs. It will compete with the Jeep Compass and Hyundai Creta. Bookings are already open.