The highly anticipated 2018 Tata Harrier, a 5 seater SUV, has entered production at the company plant in Pune. It is the company’s first product to be designed on Impact Design 2.0 philosophy, engineered on the new generation architecture, derived from the Land Rover D8 and developed in association with Jaguar Land Rover.

In spite of entering production, Tata Motors continues to test the SUV on public roads. Recently it was spotted on road by Youtuber AutoTechy Mejendra. Tata Motors has not revealed dimensions of the Harrier, but in the video you can see the car next to Maruti Ertiga and S Cross, thereby giving us a relative idea about the actual size of the car. 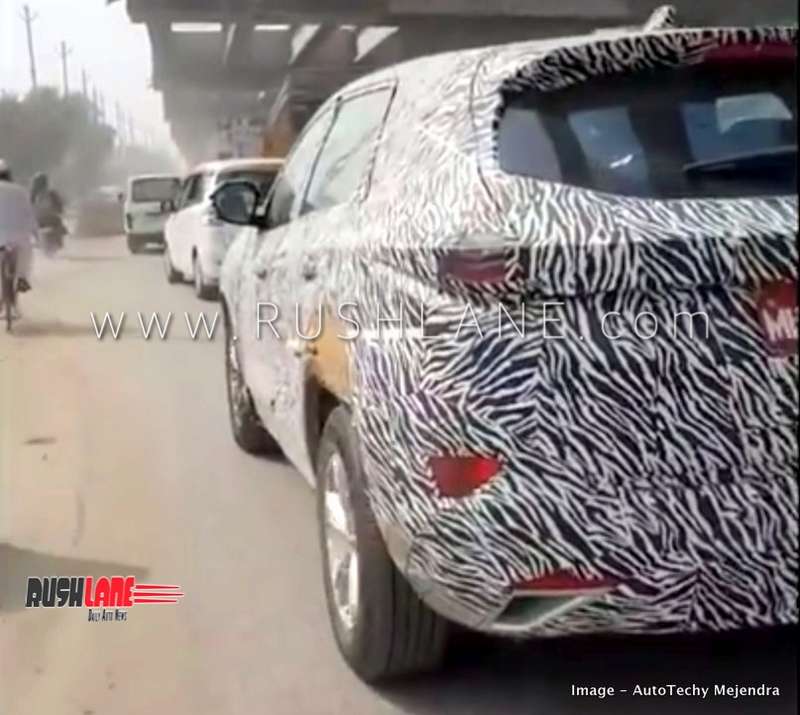 This infotainment system, making its way onto the new Tata Harrier will feature MirrorLink, Android Auto, Apple CarPlay and functions such as satellite navigation and reverse camera display. This deviation from infotainment systems provided by Harmon to the Visteon systems is for better operation and quicker interface.

Harman will be supplying the Harrier’s audio systems with premium sound speakers as are also seen on the Tiago, Tigor and Nexon while top end variants will get a sub-woofer set up as seen on the Tata Hexa.

Tata Harrier engine specs will include a 2.0 liter diesel engine offering 140 hp power and mated to a 6 speed manual gearbox making it one of the most powerful in the segment. Bookings of the Tata Harrier have opened while tentative prices put it in the Rs 13-16 lakh category.

A new assembly line at the company’s Pune plant has also been set up in a record time frame of 6 months along the same manufacturing practices adopted by Jaguar Land Rover. Once launched, the Tata Harrier will compete with the Jeep Compass, Hyundai Creta and Mahindra XUV500.