Tata Harrier is a Creta rivaling, five seater SUV, that will launch in India later this year. The global debut is set to take place in the first week of December. Some Tata dealers are promising deliveries by the end of this years to those who have booked the SUV first.

Built on the Optimal Modular Efficient Global Advanced Architecture or simply Omega Arc platform which is a derivative of the L550 platform seen on the Discovery Sport, the new Tata Harrier and Discovery sport will also share a 2,741mm long wheelbase. 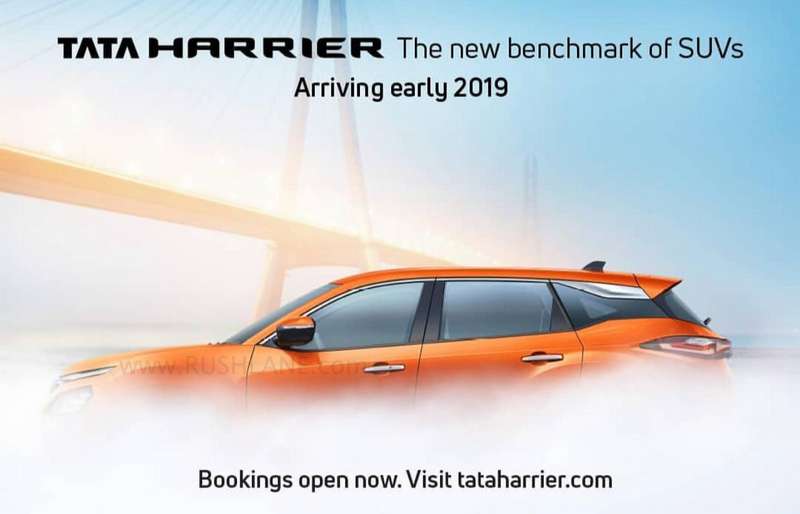 The Tata Harrier gets an imposing exterior stance. It is seen with large front grille and headlamps, sleek LED DRLs and massive bumpers. It receives 17” or 18” alloy wheels and models on test were noted with a floating roofline, raked windscreen and blacked out B Pillar. The rear is also seen with high set tail lamps while C pillars get triangular quarter glass.

Interiors were also spied while the Harrier was on test revealing a five seater layout with a dual tone color scheme. The seats are large with memory function on front seats while central arm rests, rear AC vents, steering mounted buttons and touchscreen infotainment system will be among its driver and passenger comforts. In terms of safety, the Harrier will receive ABS and EBD as standard along with airbags, hill descent control, traction control and roll over mitigation. 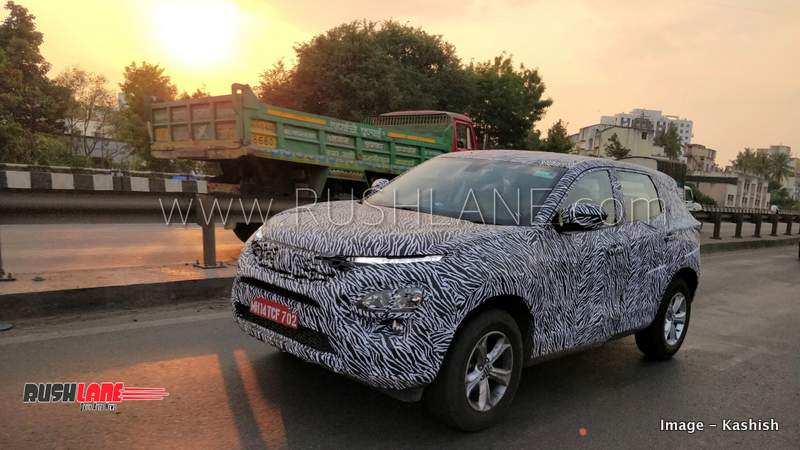 A new 2.0 liter Kryotec diesel engine which is a derivative of the Fiat MultiJet II engine seen powering the Jeep Compass will make its way into the Tata Harrier. This is a 4 cylinder, turbocharged engine offering 140PS power and 320 Nm torque mated to a 6 speed manual gearbox while a 6 speed AMT could also be on offer.

Primarily marked as a Hyundai Creta rival, the new Tata Harrier will also compete with the Jeep Compass following its successful launch in the country. Expect prices to be in the Rs 13-16 lakhs range.