Upcoming Tata Harrier SUV was recently spied by folks at DriveSpark in a parking lot of a building in Chennai. Along with the Tata Harrier, they also spotted the 45X and the Mahindra XUV500, which were standing next to the new Land Rover based Tata SUV.

This is not the first time that the Tata Harrier has been spied. In fact it has been regularly spied on test in the recent time. All indicating at the approaching launch of the SUV, which is to take place in early 2019. The SUV will get LED headlamps in a three tier setup with DRLs, headlamps and fog lights while the LED treatment continues to the rear where it is seen in wraparound format also in a triangular layout. 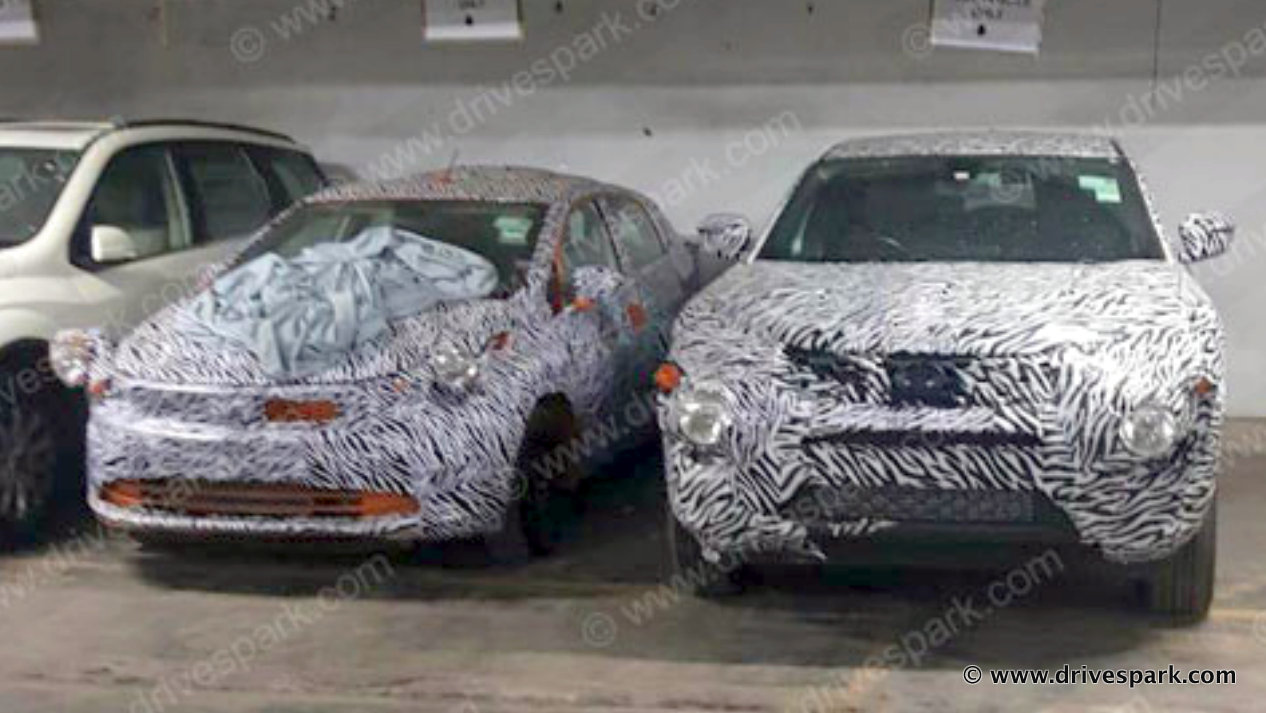 Other exterior features include a muscular front bumper, faux skid plates at the front and rear and large 5 petal alloy wheels along with black side cladding. Interiors of the Tata Harrier could see more premium features and equipment. It will get leather seats, climate control, cruise control, a floating infotainment system with smartphone connectivity with Apple CarPlay and Android Auto.

It will get an all new dashboard layout, which will be seen for the first time on a Tata car. Highlights include dual tone dashboard in black and brown. Seats will be done in brown and will come with sport contours that will keep passengers in place, even when the SUV is going through bad roads, or ghat roads.

Built on the company’s all new OMEGA architecture, the new Harrier will be one of the safest SUV on offer in the segment. Speaking about the new platform, this is what Tata says – “All things legendary start with great foundations. The new Tata Harrier is built on an advanced monocoque OMEGARC architecture, developed jointly with Jaguar Land Rover.” Below is the official Tata Harrier architecture video.

Engine specifications on the Tata Harrier could include a Fiat sourced 2.0 liter diesel engine offering 140 bhp power and 320 Nm torque mated to a Hyundai sourced 6 speed automatic gearbox. It will also get a manual gearbox, which is expected to be the same which we have seen on the Hexa, the 6 speed unit. Along with 2WD, there will also be a 4WD version on offer. 4 Drive modes like the Hexa will also be on offer.

Tata Harrier SUV will be the lead car at the Mumbai Marathon scheduled to commence on 20th January 2019. Once launched in the country, the new Tata Harrier will priced competitively against its competitors Jeep Compass, Mahindra XUV500 and the Hyundai Creta in a price range between Rs 13-16 lakhs.