Tata Motors’ promotional video which was released at the Auto Expo 2018 packs some subtle hints at future possibilities. At around 10th second of the two-minute video, under the caption ‘many possibilities’, the video shows six silhouettes – three each for AMP and OMEGA architectures.

We already know that four of these six possibilities (Harrier/H5X, H7X, 45X, EVision sedan) are entering production in the foreseeable future. That leaves us with two possibilities (one on each platform) to speculate about. The second model on the left looks like a teaser for the X445 aka Project Hornbill, a compact crossover to rival the likes of Mahindra KUV100 and Maruti Ignis. The right most model is a coupe crossover SUV based on the OMEGA platform! 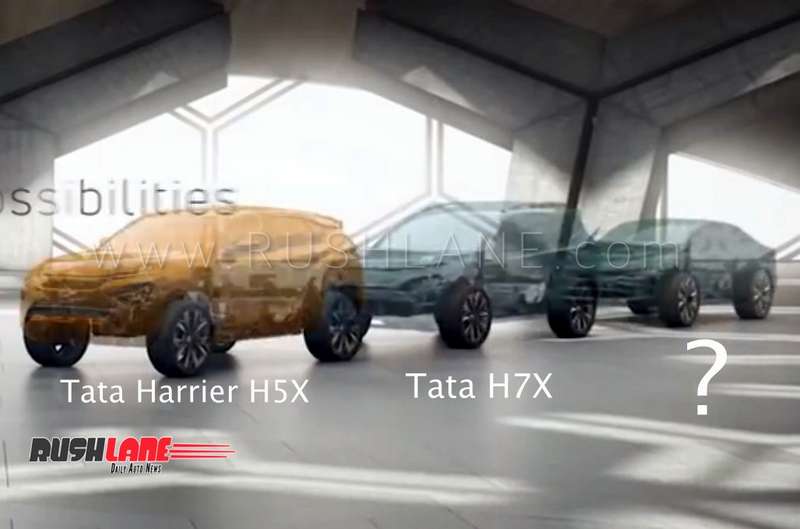 There has been no official announcement from Tata Motors about a possible premium Coupe SUV based on the Harrier but given that other 5 sketches each have a corresponding product on the anvil, we are inclined to believe that it’s more than just a distant possibility.

The automaker could be currently studying the market for a coupe SUV or could be waiting to see how customers respond to the Harrier so that decision on a coupe version could be taken. Watch the video in which the sketch is revealed for a micro second.

Making a coupe version of an existing model is easy and not a huge financial risk. If Tata Motors come up with a Harrier Coupe, it would cater to a niche which could also have the production version of Mahindra XUV500 Aero concept in play. The product would be a brand-shaper for Tata and may have more power output than the mainstream models.

The likely Tata Harrier Coupe will be sharing the OMEGA underpinning with the 5- and 7-seat premium SUVs which are slated for 2019 and 2020 respectively. Products based on this Land Rover-derived platform will be powered by 2.0-litre MultiJet II engine sourced from FCA.