This is evident in a new video that shows Harrier driving on thick snow without any issues whatsoever. The location is Pahalgam, Kashmir and the video was probably shot while making the promotional ad for Harrier, prior to its launch. 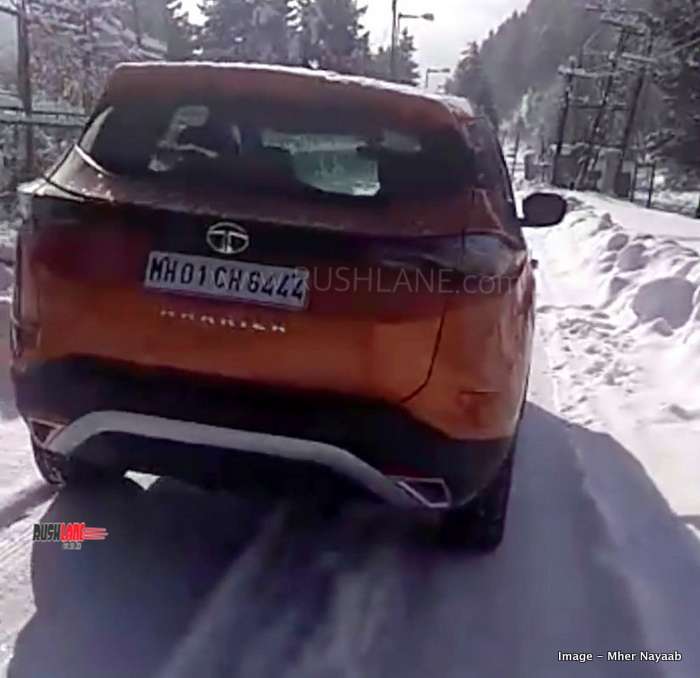 It’s the Terrain Response System that makes it possible for Harrier to conquer any terrain. It comes in three modes, Normal, Wet and Rough, to provide optimal driving experience in all environments. Furthermore, it can be used in combination with Harrier’s three drive modes – City, Sport and Eco, to achieve even better results.

Primary reason why Tata did not offer AWD or 4WD for Harrier is that it would have increased its price. Tata wanted Harrier to be competitively priced, which is why AWD/4WD had to be sacrificed. In the future, it is possible that AWD/4WD may be introduced for Harrier. Harrier’s Terrain Response System does quite a good job and problems if any will only be faced during extreme off-roading. For majority of customers, Harrier’s Terrain Response System would suffice for their everyday needs.

Tata Harrier utilizes Omega Arc platform, which has been derived from the D8 platform of Land Rover. Power is supplied by a Fiat-sourced 2.0-litre diesel engine, which is the same unit used on Jeep Compass in India. The engine makes 140 bhp of max power and 350 Nm of max torque and is mated to a 6-speed manual transmission. Automatic transmission may be introduced in future upgrades.