Tata Motors has released a set of teaser images and videos of the soon to be launched Harrier SUV. Thanks to these new teasers, Tata is revealing new details about their flagship and most luxurious SUV on a daily basis. Until now, they have revealed the exteriors, dashboard, side AC vents, drive modes, puddle lamps and JBL speakers.

Today, they have revealed the under armrest storage space for driver and front passenger. This space will be able to accommodate tin cans, paper cups. The space is also air cooled, and throws in the chilled AC air to keep drinks cold. There is also space on the outside to keep your hot drinks. You can also see a 12V port, to charge your phones / devices. 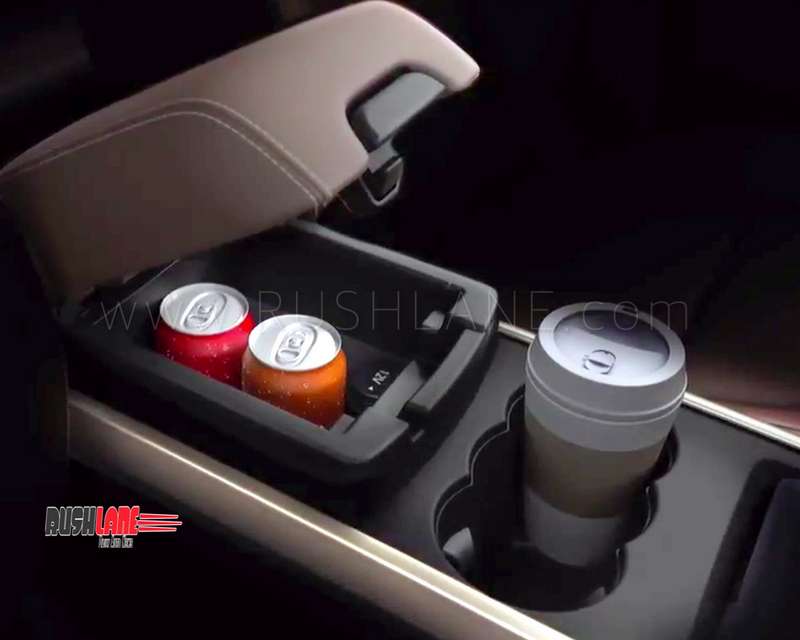 Harrier, the company’s flagship model will be built on the new OMEGA architecture which has been jointly developed by Tata Motors and Jaguar Land Rover. It has been derived from the JLR D8 architecture that also underpins the Range Rover Evoque, Land Rover Discovery Sport. The Harrier also gets the IMPACT 2.0 design language with new monocoque architecture that enhances torsional and bending stiffness while at the same time commanding a strong on road presence both in city and rural road conditions.

Interiors see the use of quality material and finishes. The door handle gets soft touch leather while the dashboard is finished all black. It will also get memory function seats, cooled storage spaces under front armrests, smartphone slots for passengers at the rear and 8.8 inch touchscreen infotainment system. Safety features will see a number of airbags, roll over mitigation and traction control while ABS, EBD and ESP will be offered as standard.

Tata Motors has called the new engine on the Harrier as Kryotec 2.0. This is a BS VI compliant 2.0 liter, 4 cylinder diesel engine which has been inspired by the Cryogenic rocket engine. The engine is capable of 140 PS power and 320 Nm torque mated to a 6 speed manual gearbox.

Even as bookings have opened for the new Tata Harrier, prices have also not been revealed. Though estimates put the Harrier in the Rs 13-16 lakh price range as it will face competition from the Hyundai Creta top variants and mid Jeep Compass variants.