Tata HBX, rumoured to be called Hornbill, is expected to be launched in May 2021 and will be the second car to be built of Tata’s ALFA architecture

Tata HBX is one of the most talked-about upcoming cars in recent months. The sub-compact UV has been spotted testing on numerous occasions over the past six months or so. The car is expected to hit Indian market in mid-2021 and is currently going under a testing phase.

The HBX has been spotted testing yet again, this time in Mumbai – Pune Expressway and images of the same have been shared by one of our readers. As usual, the test mule shown in the images is under heavy camouflage. Overall the design looks similar to the one showcased earlier.

Rumoured to be called Hornbill in its production avatar, the HBX was first shown as a near-production-ready concept at this year’s AutoExpo held in Greater Noida. HBX was earlier slated to be launched towards the end of this year, however, an outbreak of novel coronavirus made Tata Motors push its launch to most probably May 2021. It is slated to be slotted below Nexon as Tata Motors’ entry-level UV.

The latest Tata HBX spy shots, although don’t divulge many details about the car, do show the new production-spec dual-tone 15-inch alloy wheels which look absolutely gorgeous. As reported in our previous stories, the front end of HBX seems heavily inspired by its elder sibling Harrier as revealed in the pre-production concept at the biennial auto event.

It is expected to receive projector headlamps with sleek LED DRLs, on top just like Harrier. HBX will also flaunt Tata’s ‘Humanity Line’ front grille and signature tri-arrow design on the air dam just like in Nexon. It gets a flat roof and the overall silhouette of the mini crossover looks boxy in shape with flared-up wheel arches and a well-defined belt line on its side profile.

Rear profile features LED taillights, a raked windshield and a number of creases which accentuate the subcompact UVs sportiness. The model is set to be the second car from Tata Motors to be built on the company’s latest ALFA architecture after Altroz. The HBX will follow the brand’s IMPACT 2.0 design philosophy. According to the concept, dimensions of the UV is said to be 3840 mm in length, 1822 mm in width and 1635 mm in height although this can get altered slightly in the final production-spec model. 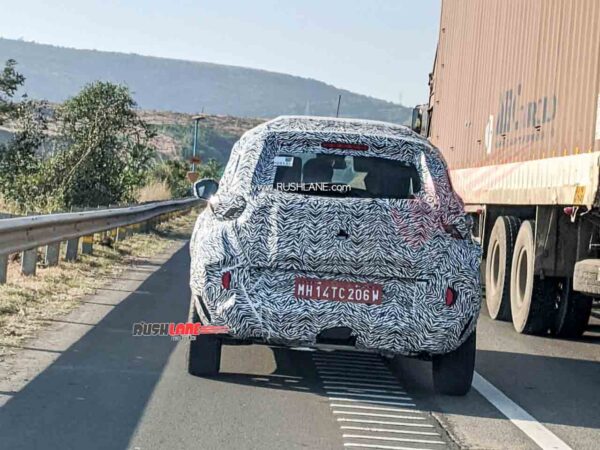 Coming to its powertrain, it is likely to be offered with a 1.2-litre naturally aspirated petrol mill which makes 85 bhp and 115 Nm of peak torque. Higher variants of the model are also expected to be equipped with a 1.2-litre Revotorq turbo petrol unit which is expected to produce 102 bhp and 150 Nm of peak torque. Transmission duties are likely to be carried out by either a 5-speed manual or a 5-speed AMT gearbox.

Upon its launch, it will rival the likes of Maruti Suzuki Ignis, S-Presso and Mahindra KUV100. It is expected to be priced in a similar range as Tiago in the sub Rs 5 lakh (ex-showroom) segment. Tata Motors’ next big-ticket launch will be its seven-seater version of Harrier named Gravitas which is scheduled to make its debut early next year.