Built on a hydroformed ladder-frame chassis, the Tata Hexa is powered by the 2.2-litre VARICOR 400 diesel engine which is paired with a 6-speed manual gearbox to produce 154 bhp and 400 Nm of torque. The SUV is offered in both 4×2 and 4×4 configurations. Transmission options on offer are 6-speed AT and a 6-speed MT.

To show what this means in the real world, two proud Tata Hexa, Pratyush Sharma and Manmeet Singh have come forward and shared some interesting videos on Facebook Group – Tata Hexa Owners Club. 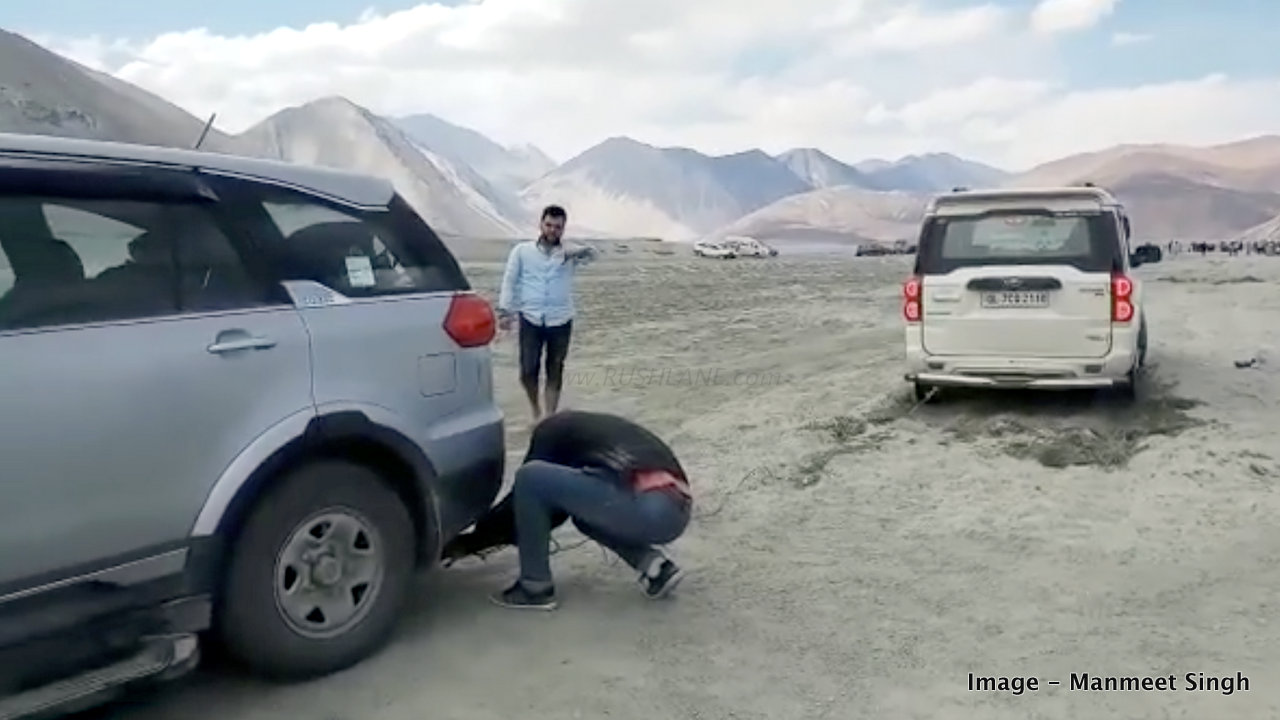 The first video is by Manmeet Singh, which shows how his Tata Hexa managed to rescue a stuck Mahindra Scorpio at Pangong Lake in Leh, Ladakh recently. This is what he said – “My beast helped Scorpio at pangong lake. Didn’t even notice that it was pulling scorpio.”

Pratyush Sharma, another proud owner of the Hexa, shared a video where the car is shown rescuing a stuck Toyota Innova. This is what Pratyush said – “Beast pulling the Innova…!! We helped everyone we could, this guy was stuck for hours, it was raining and we tried pushing his car but when that didn’t work, we had to press the beast in action. Half clutch pulled the Innova out of the tricky situation. It felt good.”

This is not the first time Tata Hexa has been seen towing / rescuing vehicles. In fact, to show its towing strength, Tata had the Hexa pull a Boeing 737 on a runway.