Tata Hexa BS6 has been shown as a concept at the 2020 Auto Expo. Launch will take place next fiscal year.

The Tata Hexa premium 7-seater is inching closer to the end of its lifespan as the Gravitas SUV is gearing up to take the baton forward. However, for reasons still unclear, the automaker has elected to keep the slow-selling Hexa alive. The Tata Hexa Safari Edition which previews the BS6 version is being showcased at the company’s Auto Expo stall.

Tata Motors describes the Hexa Safari as a ‘concept’ which expresses the immense love two of its SUV brands – Hexa and Safari – received from the customers. The company also confirms that the BS6 version of the Hexa will be launched in the next financial year but stopped short of confirming if the 7-seater will carry forward its existing 2.2-liter VARICOR diesel engine or not. Also, next financial year could mean anytime after April 1, 2020, suggesting that the Hexa could be temporarily off the shelf until the BS6 variant gets ready. 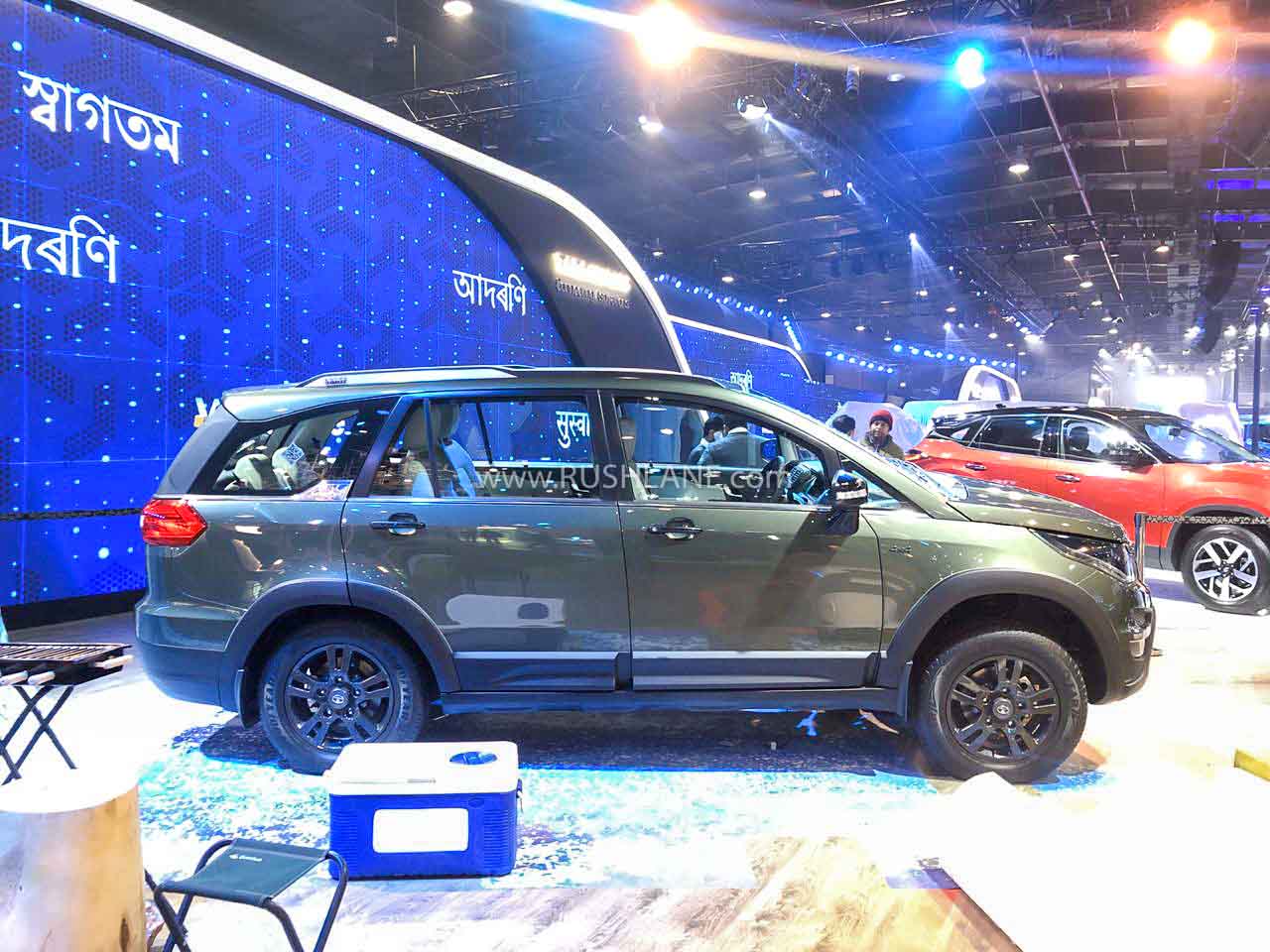 The Tata Hexa Safari Edition is claimed to acknowledge the go-anywhere attitude of the recently discontinued Safari Storme SUV. Tata Motors hints that, as a way of keeping the iconic Safari nameplate alive, it could name all the 4×4 variants of Tata vehicles in the future as Safari editions.

Based on the Hexa 4×4 variant, the Hexa Safari concept sports a special foliage exterior color this is inspired by the ‘early tones of outdoors’. Apart from the Safari Edition badges on the front fenders, there are no addition visual changes to the exterior compared to the existing Hexa 4×4 variant. The show car also features dual-tone interior color theme while the design and layout remain unchanged.

The Tata Hexa has been clocking average monthly sales of little over 100 units. Tata Gravitas (Harrier 7-seater) with its modern design and better equipment package is sure to have a significant cannibalization effect on the aging ladder-frame Hexa. The only thing that will be going in Hexa’s favor is its proven off-road capabilities but the Gravitas, based on a platform derived from Land Rover, should also fair decently on this front. So, this begs the question: Why would Tata want to retain the Hexa in its portfolio despite a significant overlap in the price range with its all-new Gravitas?