Tata Hexa will not be discontinued – Confirms Tata Motors VP 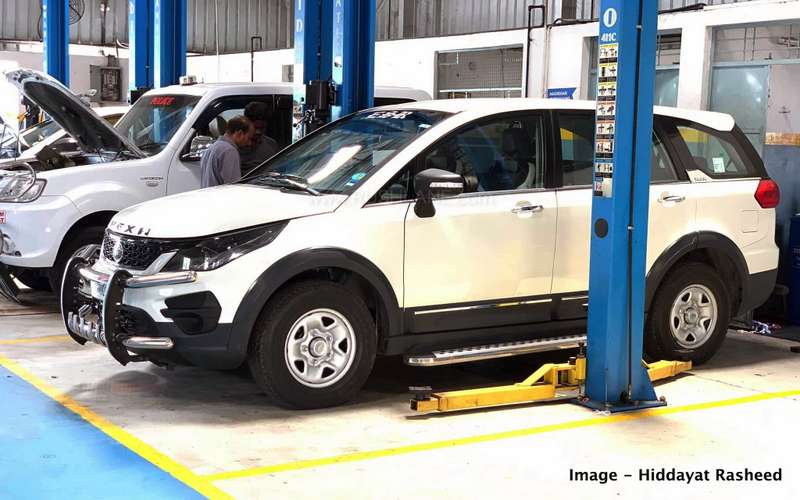 While it was reported earlier that the Tata Hexa would soon stop rolling off production lines due to introduction of BS VI emission norms and due to the arrival of Harrier 7 seater, it is now confirmed that this will not be so. Tata Motors Vice President S N Barman has confirmed to The Hindu Business Line that the Hexa will be available post BS VI coming into play from 1st April 2020.

Tata Hexa was first revealed at the 2016 Indian Auto Expo and then launched in January 2017. It went on to become the company’s flagship model but this will soon change with the new 7 seater Tata Harrier set for launch in the country, which will be replacing the Hexa as the flagship model.

It was the news of Harrier 7 seater’s arrival, coupled with the upcoming BS6 norms which triggered the rumours of Hexa to be discontinued. In addition to that, sales of Hexa have been steadily declining this year, which further fuelled the rumour.

Tata Hexa is currently powered by a 2.2 liter, turbodiesel Varicor 400 engine offering 153.8 bhp power and 400 Nm torque and mated to a 6 speed manual gearbox or a 6 speed automatic. Hexa is offered as a 2WD as well as a 4WD, which is something not even on offer with the Harrier.

Upgrading this engine will result in an additional cost of Rs.1-1.5 lakhs to the price of Hexa. This means that the Hexa BS6 will be priced very similarly to the Harrier 7 seater. It will be interesting to see how Tata Motors will take care of this problem, as Hexa and Harrier 7 seater could cannibalise sales of each other.

This confirmation by Tata Motors VP of Sales & Marketing will bring a huge relief to Hexa owners and fans. Tata Hexa competes with the likes of Mahindra XUV500 in its segment. It is priced between Rs.13.26 lakhs to Rs.18.63 lakhs.