Tata Motors and Indian Oil Corporation (IOC) will be conducting joint tests of the country’s first Tata Hydrogen Fuel Cell Bus. The bus was flagged off at the 47th Foundation Day functions of Indian Oil R&D. It will be put through extensive trials both where durability and efficacy of fuel cell technology is concerned, and will be fuelled at India’s first hydrogen dispensing facility at the IOC R&D Centre.

Tata Hydrogen Fuel Cell Bus project is being executed under partial financial support both from the Department of Science & Industrial Research, Ministry for Science & Technology and Ministry for New and Renewable Energy. It will be subjected to many hours of trials over long distances for a period of 2 years before any final decisions are taken. 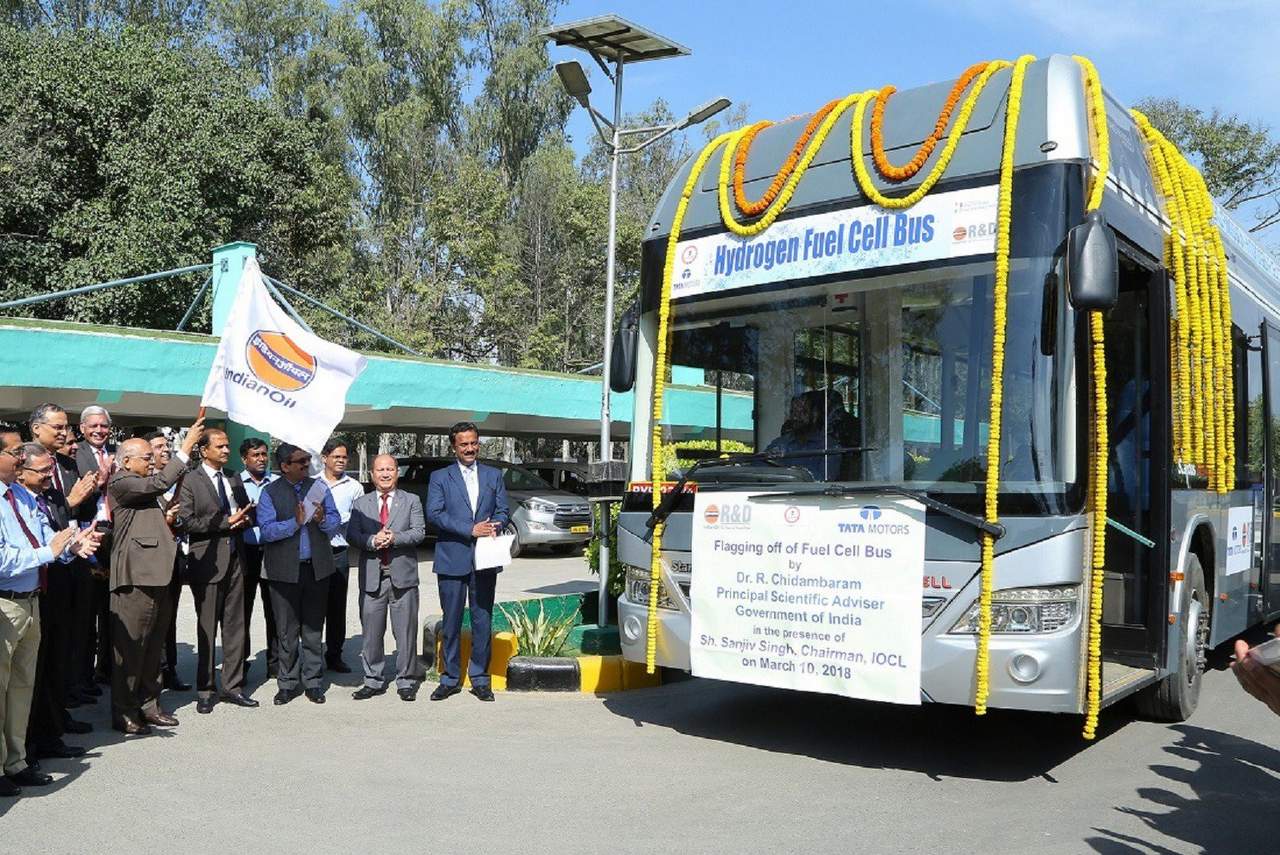 Hydrogen Fuel Cell buses are currently in use in many countries across the globe. There are over 100 such fuel cell buses that are a part of the London transport system. This hydrogen fuel cell technology is around 3 times better than combustion engines. It operates like a battery without the need for charge and it generates electricity and water as long as it gets a steady supply of hydrogen and oxygen.

Tata Starbus Fuel Cell bus, which has been developed along with Indian Space Research Organization, produces water and heat and offers zero emissions. It is best suited for intercity transport facilities. 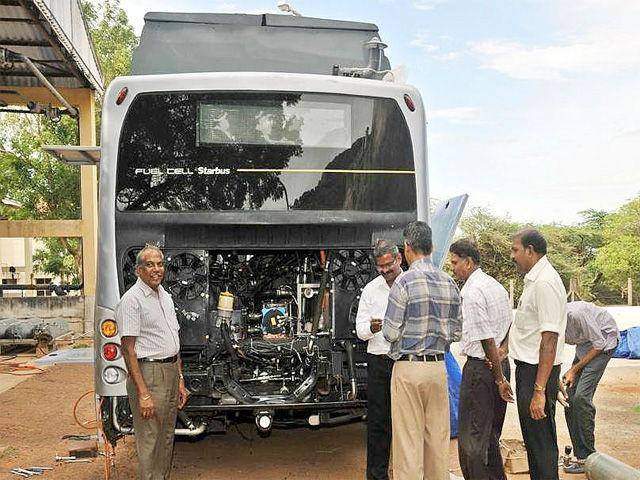 Tata Motors also launched the Starbus Electric 9m and 12m and the Starbus Hybrid 12m range which are a part of the “Make in India” policy and are powered by alternative fuels. The idea for a fuel cell offering was first shown at Auto Expo a few years ago. Following ongoing research, modern day public transport requirements have now reached a stage where awareness and opportunity are key.

With the country trying to make inroads into alternatives, the use of electric vehicles, methanol based fuels, and Hydrogen Fuel Cell are topics being reviewed and developed.