Tata Motors attributes its muted performance to low customer sentiments owing to non-availability of retail finance and liquidity crunch in the market. While sales in recent months has shown no promise, Tata Motors reports FY (April 2018-January 2019) cumulative sales in the domestic market at 174,223 units, at 17 percent growth from the same period in the previous fiscal when sales was reported at 149,284 units.

Following the H5X concept showcase at the 2018 Auto Expo, Tata Harrier launch in January of 2019 is the company’s big start to the new year. In the automaker’s words, ‘Harrier has received a good response in the market and the company is expecting to witness good volumes in the coming months as the production ramps up.’ The extent of goodness can’t be determined as Tata Motors has not yet revealed the number of bookings, having opened the order-book on October 15, 2018, a week shy of three months prior to launch. 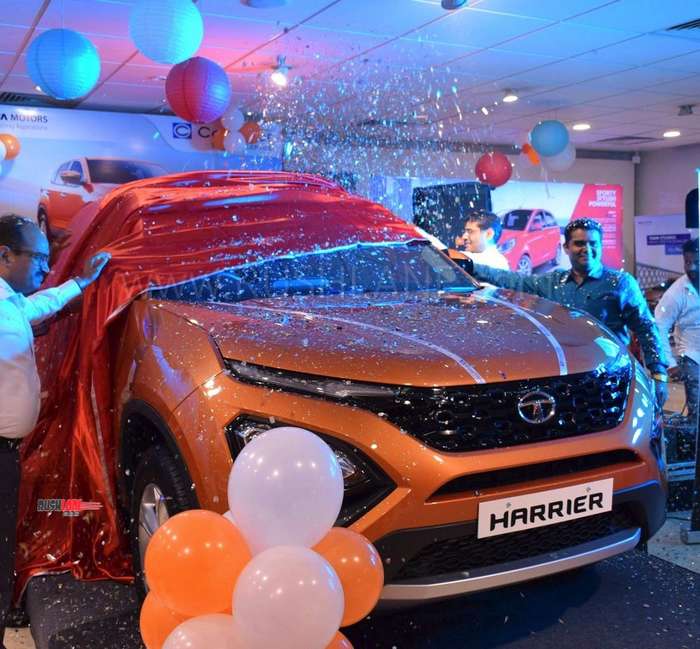 It’s currently difficult to ascertain the status of Tata Harrier delivery schedule as online enquiries from those who have booked the Harrier have ben met with this response – ‘The exact date of delivery of the Harrier will depend on the variant and the colour that you have chosen. You can also visit the Tata Motors dealership with which you have booked your vehicle, for more information on the SUV.’

Mr. Mayank Pareek, President, Passenger Vehicles Business Unit, Tata Motors Ltd. said, “January 2019 has been a rather sluggish period for the entire auto industry and has resulted in muted consumer sentiment. Having said that, we are positive to bounce back in the months to come on the back of our new generation products. This month has witnessed our UV segment grow by 3%. With the ramp up in the Harrier production we are expecting to continue this momentum. Harrier has been very well received by our consumers. We will continue to strive towards driving volumes and increasing our market share as part of our on-going turnaround journey.”

Tata Motors exports (CV and PV) in January 2019 are reported at 3,270 units, down 37 percent from Jan ’18 owing to current liquidity crisis in Nepal, formation of new government in Bangladesh and political uncertainty in Sri Lanka. At the end of January, Tata Motors along with its authorized distributor Nitol Motors Ltd., launched its all-new Tata LPT 1212 LCV in Bangladesh.