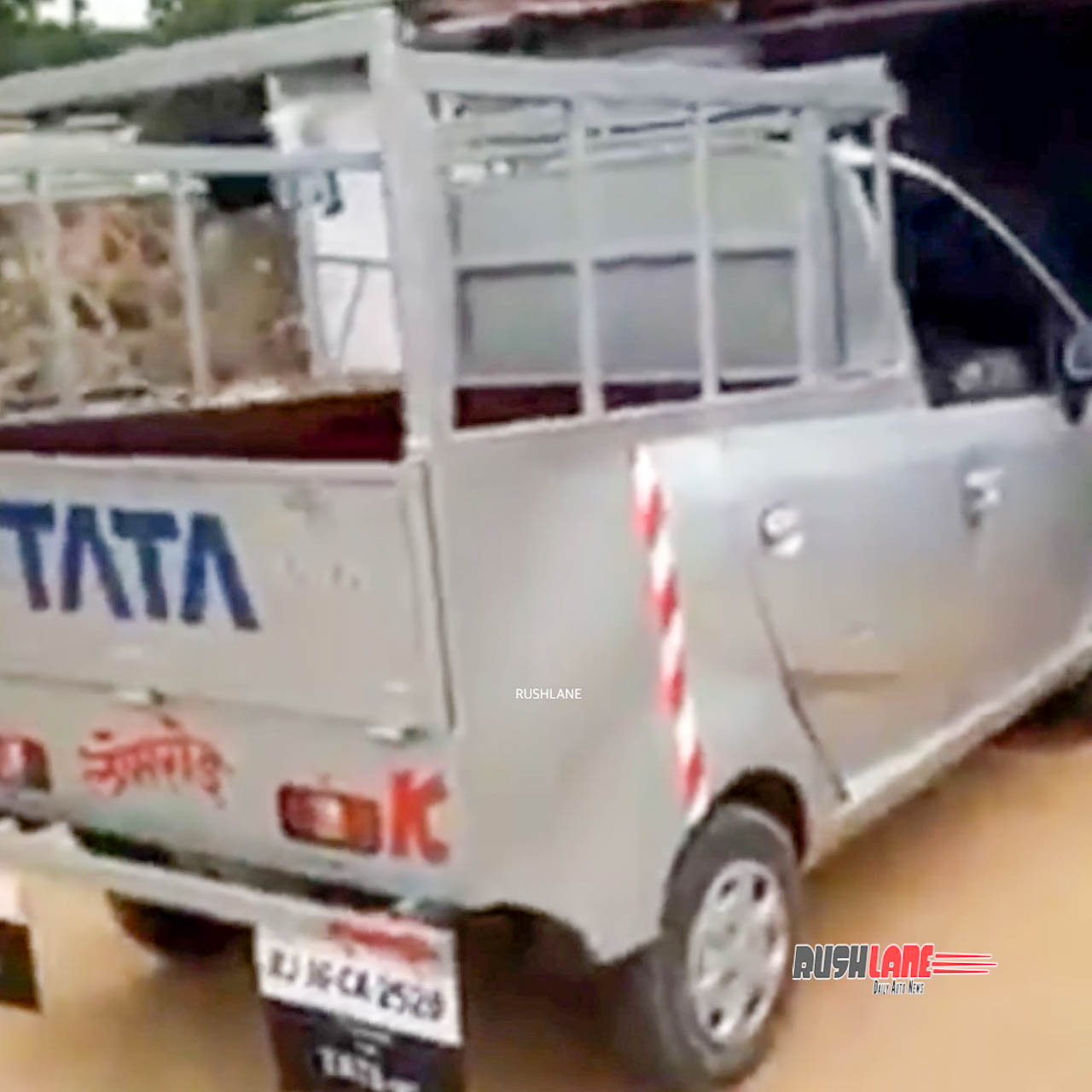 Tata Nano is no longer on sale in India, and has been long discontinued

Tata Nano, now appears to be something from the not so distant past. Planned as a people’s car, Nano never did become a popular pick, despite a concerted effort to make the car available as an affordable car. Having reached its natural end primarily on account of low demand, there has been the occasional owner who’s thought out of the box, and created an altogether new Nano avatar.

Every now and then, Nano comes in the news, mostly for some quirky modification. Some weeks ago, it was in the news because one owner had modified Nano as a helicopter. Now, a video in circulation sees the Nano as a pickup truck. Albeit a not so tiny one. No doubt it does just that having been repurposed to be a small load vehicle, this Nano pickup has been extended. The purpose built vehicle in its original standing was a BSIII Tano Nano LX registered in 2012.

While this is not the first time, the roof’s been taken off a Nano. There are many examples of a roofless Nano roaming in India (some even inside the Tata plant in Sanand). For this particular modified Nano pick up truck, half of the roof is kept intact. The extension has been built around the Nano’s structure. The rear doors have been fabricated to go top light, and now function as side panels instead of doors. Watch the walkaround video below.

Tata Nano pick-up rendition seems more purposeful. Despite its reinforced carrier structure, and paint to match, this vehicle isn’t road-legal. In its heavily modded form, it is not capable of carrying load, the way a fully loaded LCV does. But it continues to act like a goods carrier.

A front crash guard has been added, and the front half of the car cabin has been retained, and sealed in to serve as the cab part of the pickup. The rear part of the cabin roof is taken off and panels reinforced to serve as a flatbed cargo area. The rear flatbed drop leaf door even has ‘Tata’ pasted across it to give it a typical LCV look alon gwith an extended support bar to climb onto the truckbed and to get off it, without opening the door.

As per Global NCAP crash test, Tata Nano is one of the least safe cars they have tested. In the 38 crash tests performed by Global NCAP on different Indian cars, Tata Nano features at the bottom of this list.

Making such a modification on a Tata Nano makes it dangerous not only for those travelling inside the car, but also for others on the road. Supreme court of India has banned such modifications. But such mods continue to pop-up time to time.