Tata Nexon has created history by becoming the first ever made in India car to score a 5 star safety rating as per global standards. The crash test was performed by Global NCAP in Munich, Germany. This is the second crash test performed on the Nexon. The previous Nexon got a 4 star rating. The latest one, manufactured after 7th Dec, has got 5 star rating.

Global NCAP Secretary General David Ward stated that he was happy with the progress made by Indian car makers in the last 1 year. In the last year, Global NCAP has awarded two, three, four and now a five star rating to an India made car. This is a huge improvement from Jan 2014, when all five Indian cars tested by G-NCAP, scored a 0 star safety. 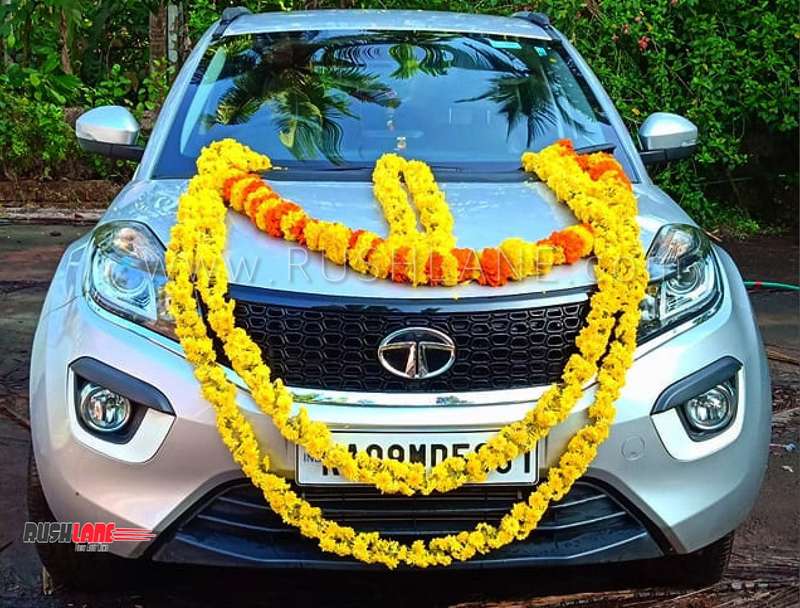 To date, Global NCAP has crash tested over 23 Indian cars. Apart from the Mahindra and Tata Nexon crash tested earlier this week, they have also tested Renault Lodgy, Maruti Swift and Brezza in October. In this, Lodgy scored a 0, Swift scored a 2, Brezza scored a 4. And when the result of Nexon was announced, it just raised the bar to a new level for Indian cars.

The achievement has not only been applauded by fans and owners of the Tata Nexon, but also by the Indian auto industry in general. Anand Mahindra took to twitter to congratulate Tata Motors. He said, “Big shout out and congratulations to Tata Motors for this achievement. We will join them in proving that ‘Made in India’ is second to none…”

This seems a promising assurance from Mahindra, and they have already started delivering. The new Mahindra Marazzo has scored a 4 star safety rating. Speaking about the 5 star car, Nexon SUV gets safety features such as dual front air bags, ISOFIX child seat mounts, double pre-tensioner seat belts and receives a solid framework and body offering adequate head, neck and chest protection. Nexon scored 16.06 points out of 17.

Maruti Brezza with four star rating in crash tests got a score of 12.51 out of 17 in adult safety and 17.93 out of 49 in child safety. It has a shell that is stable and holds up well in collision. Its safety features include dual front airbags and ABS. Here is a list of all Indian cars and their crash test result.