Tata Nexon vs Maruti Brezza compared on safety report – Which SUV is safer?

SUVs are built to dominate the roads and most claim to have superior safety systems. However, the truth is revealed when these cars are put to stringent crash tests. There’s good news for owners of Tata Nexon and Maruti Suzuki Vitara Brezza, as both SUVs have got 4-star rating in crash tests conducted by Global NCAP. 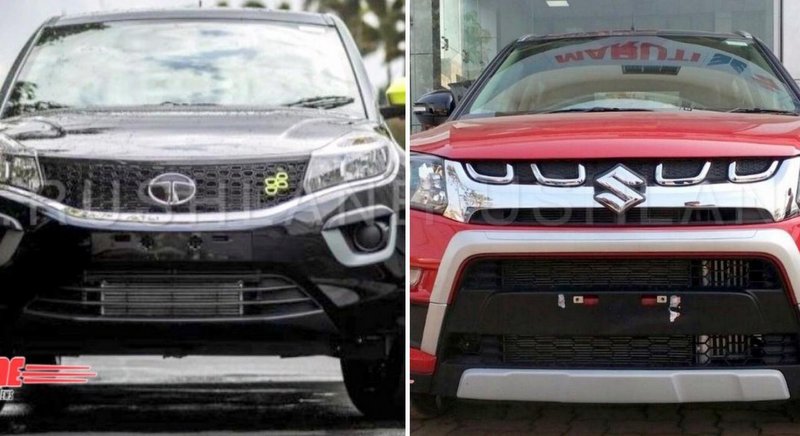 Crash test speed: Both SUVs were crash tested at 64 kmph
Safety equipment: Both SUVs have almost similar safety equipment such as front seatbelt pretensioners, driver frontal airbag, front passenger frontal airbag, SBR for driver, ISOFIX anchorages and ABS (4 channel). However, child restraints used are different for both SUVs and their results are also different in crash test report, as shown below. 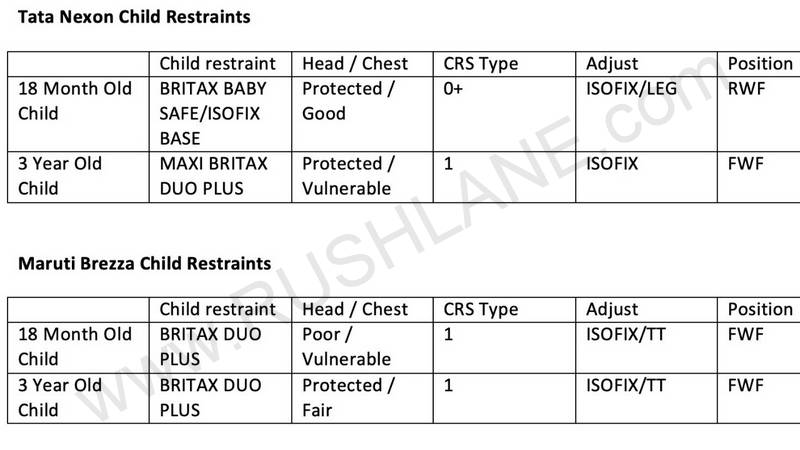 Adult Occupant:
– Head & Neck: Both SUVs provided ‘Good’ protection to head and neck of driver and front passenger.
– Driver Chest: Nexon provided ‘Adequate’ protection to driver chest whereas Brezza was rated ‘Marginal’.
– Front passenger chest: Nexon provided ‘Adequate’ protection, whereas Brezza was rated ‘Good’.
– Knee: In Nexon, both driver and passengers’ knee may risk injury upon impact with potentially dangerous components behind the dashboard. In Brezza, the front passenger’s knee would be quite safe, but the driver’s knee faces the same risk of injury, as that of Nexon.
– Bodyshell: Bodyshell integrity of both cars was rated as ‘Stable’, as they could endure further loadings.