Deliveries of the most affordable electric SUV on sale in the country, have restarted in select cities

As India and rest of the world learn to live with the highly contagious corona virus, Tata Motors has resumed deliveries of its Nexon EV in select cities. Authorized showrooms in designated green zones are operational under regulatory permissions from local authorities and are taking required precautions.

The company revealed that the customers who have booked the Tata Nexon EV in Chennai, Ahmadabad and Bangalore are receiving their vehicles based on booking priority. Tata Motors has also stated that they will soon restart deliveries of the Nexon Electric in many other major cities of the country.

The Tata Nexon electric clocked sales (dispatch) of 198 units in the month of March which is better than the tally of its rivals, the MG eZS and Hyundai Kona. The numbers may still be small but they represent the Indian consumer’s growing interest in electric vehicles. The sales figures of electric crossovers is expected to increase steadily in the coming months and years. 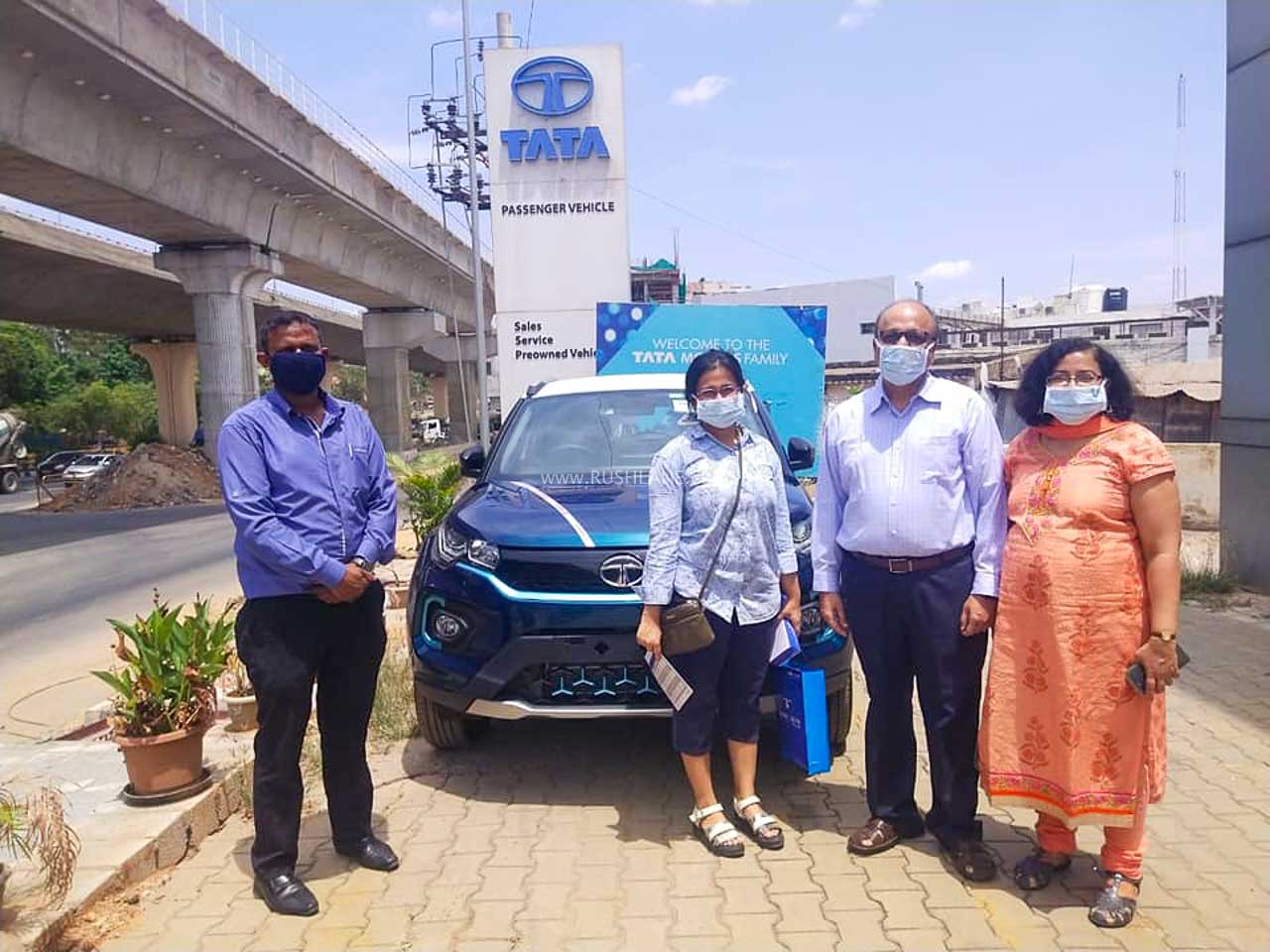 The strict lockdown started in last week of March and was eased a bit only a few days ago. During this period, the automotive industry came to a stand still with halted productions and ceased deliveries. As of now, most of the automakers resumed production under restricted circumstances and dealerships in select zones have become operational. Initial reports indicated that there has been large scale cancellation of bookings as customers steered clear of hefty EMIs during uncertain times.

This year is shaping up to be one of the worst period for the Indian automobile industry in recent times. The timing of BS6 transformation also meant that several BS4 stocks are not facing write off. However, experts are hoping for a minor recovery later this year, as people are expected to turn to private vehicles as preferred mode of transport.

Coming back to the Tata Nexon EV, it is powered by the automaker’s new Ziptron powertrain which has a claimed range of 312 km. The system comprises a permanent magnet synchronous motor (PMSM) which dishes out 127 hp and 245 Nm of torque. The motor is supported by a 30.2 kWh lithium-ion battery pack.

The Tata electric SUV is available in three variants with the prices ranging from INR 13.99 lakh to INR 15.99 lakh (ex-showroom). The company is gearing up to launch an array of electric models including the Altroz EV which is likely to share its powertrain with the crossover.

Visually, the Tata Nexon EV differentiates itself from conventional IC engined models by means of special colours, glossy black panel instead grille and an exclusive bumper with interesting detailing and blue accents.