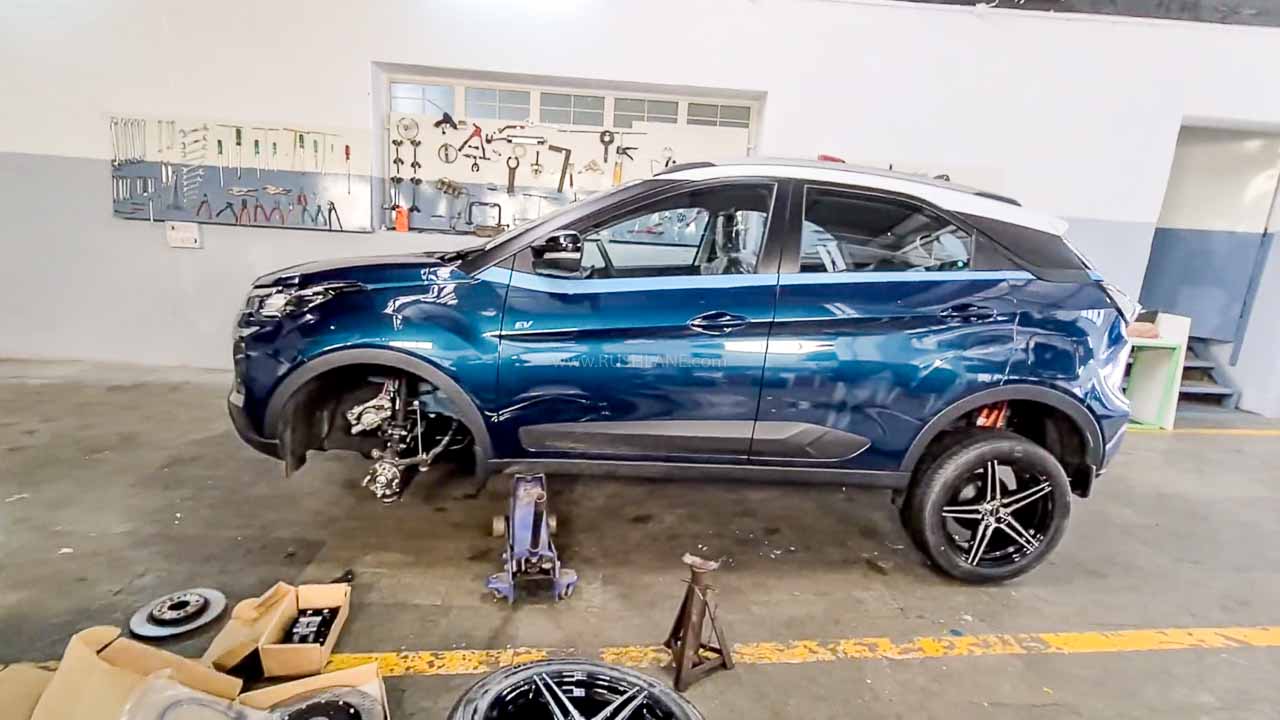 At the moment, the Indian automotive market has three ‘proper’ electric four-wheelers: Tata Nexon EV, MG ZS EV and Hyundai Kona. Meanwhile, Mahindra & Mahindra has reached the final developmental stages of its eXUV300 or XUV300 Electric. Showcased at Auto Expo 2020 as a concept, the upcoming Mahindra eXUV300 will be a direct rival to the Tata Nexon EV.

Priced from Rs 13.99 lakh ex-showroom, the Tata Nexon Electric debuted with the Indian automaker’s all-new Ziptron electric architecture. It comes in three trims: XM, XZ+ and XZ+ Lux. As per the newly formed Delhi Electric Vehicle Policy, the all-electric sub-four-metre crossover is eligible for an incentive summing up to Rs 1.5 lakh in the capital city. The government is really pushing towards cleaner and emission-free modes of transportation, especially in densely populated cities.

Powering the Tata Nexon EV is a ~95kW (127bhp) PMSM electric motor coupled to a 30.2kWh lithium-ion battery pack. Peak torque is rated at 245Nm. In ideal conditions, the EV boasts of a range of 312km (ARAI figure) on full juice. It can hit 100km/h from a standstill within 10 seconds. A fast-charger helps the battery attain 80 per cent charge in about an hour’s time. Tata Motors recently introduced a subscription plan for the Nexon EV.

Pune-based EV specialists Northway Motorsport has acquired a Tata Nexon EV with the aim to “make it better”. Hemank Dabhade, Director of Northway Motorsport, states that he is quite impressed with what the EV has to offer in stock avatar. Still, he believes that there is room for improvement.

Dubbed ‘The Best Nexon EV Project’, the entire build will be documented on his YouTube channel, Hemank Dabhade. Over the months, we have shared quite a few interesting projects from Northway Motorsport such as Chevrolet Beat diesel-EV conversion, Honda Activa Electric and most recently, Maruti 800 Electric.

The very first set of mods include better brakes and bigger wheels since the vehicle has (relatively) high torque characteristics. The stock front ventilated disc brakes (single-piston callipers) were swapped with bigger slotted rotors with six-piston callipers. Of course, this was not a direct fit and hence, a custom-made bracket was required. To house the new pair of discs, bigger rims proved a necessity. Hemank chose a set of 17-inch five-spokes shod with Ultramile UM R5 tyres.

The higher unsprung mass might take a toll on the Tata Nexon Electric’s original performance but Northern Motorsport has several upgrades in the pipeline to make up for it. Furthermore, this could soon be the very first performance-enhanced Tata Nexon EV in the country.