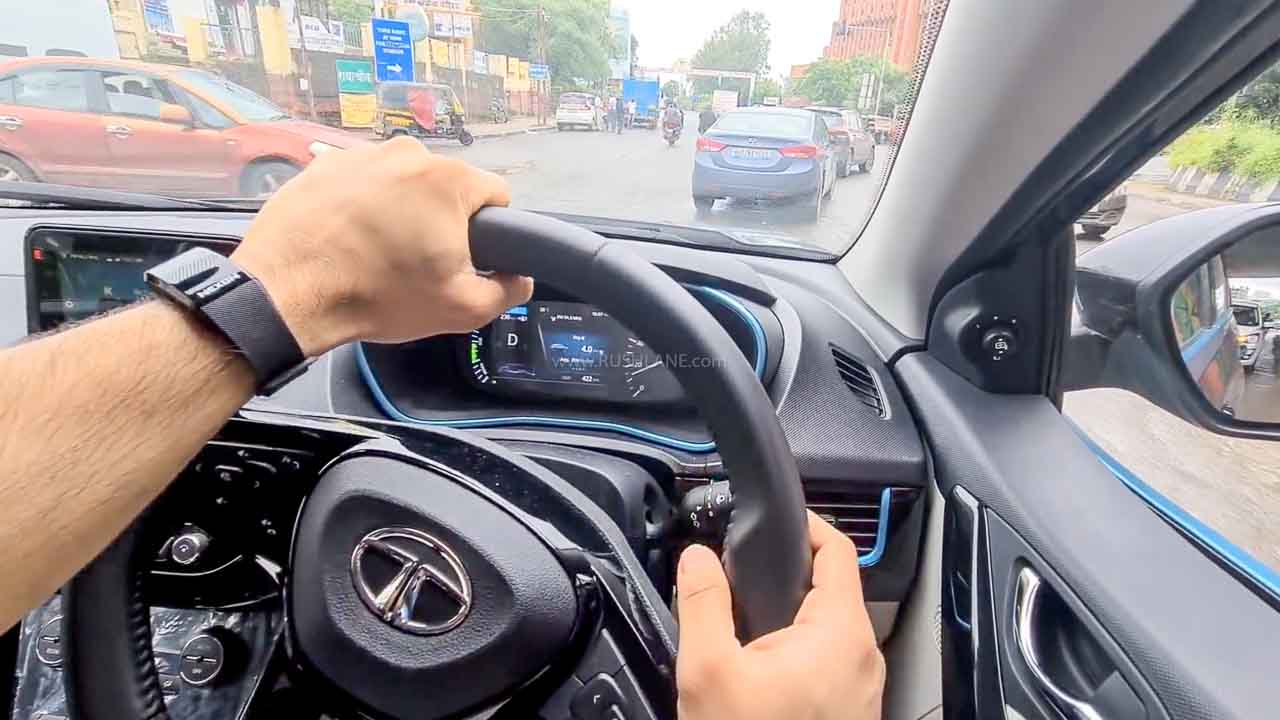 However, with all the benefits EVs come with, there are many other requirements that need to be fulfilled beforehand. One of them is a proper battery disposal facility which is still missing in many markets and the other being a sufficient number of charging infrastructure. Developed countries where EVs have been adopted in large scales have added a charging infrastructure at almost every refuelling station in and outside the cities.

In India, however, the case is different. Charging stations are as rare as the sight of a sparrow these days. While many private and government firms have joined hands for the development of related infrastructure in the recent past, it is still at a very nascent stage. Hopefully, in the near future, we get to see more charging stations come up to the ease of EV consumers.

Currently, there are only not many EVs on sale in the passenger vehicle segment in India. The three popular ones are Hyundai Kona EV, MG ZS EV and Tata Nexon EV. Here, we have an example of the Nexon EV being tested for its real-world driving range. The video uploaded by Hemank from ‘Northway MotorSport EV R&D’ on YouTube gives us an idea of what the real-world range of a Nexon EV would look like if driven in normal driving conditions. The creator is an EV enthusiast who had previously converted a Maruti 800 into an electrified car.

The creator starts his journey from his place in Pune to Lonavala and then back for the return journey. The car has been driven for 418 km prior to this journey. The Nexon EV owner has made sure that he has charged his car to 100 percent before onsetting his trip. He makes sure he drives his electric car just like any other ICE (internal Combustion Engine) car.

As its first impression, the creator mentions that the Nexon EV has a very well-balanced suspension, the car handling is smooth and the ride is comfortable as well. The Ac has been set on the 24-degree celsius mark. He then turns towards Lonavala joining the National Highway (NH)-4. During the course of his journey, he maintains the speed limit at every instance and follows the traffic laws diligently. Watch the full video below.

The first reading comes at 4.7 km of travel with consumption of 4 percent charge The second reading is taken at 29.5 km consuming 21 percent charge. Between city and highway, the distance covered was 16 km, which means the car drove 16 km in city driving conditions. The third reading is noted at 57.3 km near the destination after eating up 43 percent of the battery with the MID showing a 160 km still left.

In between his journey, there was a heavy bout of rain therefore he had to slow down his car to avoid hydroplaning, more so because the Nexon EV is not equipped with Electronic Stability Program (ESP). In Lonavala, after completing 60.8 km of his journey, the driver stops at a refilling pump which is equipped with a charging station suggested by the app on his phone. However, he finds out that the charging apparatus is broken and had to leave without recharging his EV. At this point in time, he still had 46 percent of battery life left.

Nexon Electric owner also suggests to all those seeking to buy an EV in India and wishing to go on a road trip must always take note of the charging infrastructures present on the route to be covered otherwise it might leave you in a very tricky situation. This shows that our country still has a long way to go in fully adopting electric vehicles as their primary mobility option. He finally recharges his EV on arriving at a recharging station near Pune where he uses a fast charger. At first, the quick charger at Tata Motors dealership fails to charge the battery as it disconnects after charging from 22% to 30%. After a few more attempts, the owner manages to start the battery charging process successfully.

His total journey counted for 110 km after consuming 80 percent of the battery. The owner says that he would expect the Nexon Electric to have a real-world range of 140 to 150km on a single charge, as opposed to the claimed range of about 310km. Therefore, the real-world driving range turns out to be half of the claimed range. The Nexon EV is powered by Tata Motor’s Ziptron powertrain technology which is equipped with a 30.2kWh lithium-ion battery. It is rated to give an output of 129 PS of power and 245 Nm of torque.