Launched in 2017, Nexon is a popular sub-4 meter SUV and the second bestselling vehicle in Tata Motors portfolio. Tata Motors is currently working on updated Nexon, which will come with new features and upgrades. It will utilize the new ALFA platform.

With updated architecture, next-gen Nexon will be an entirely new car. It will also follow Tata’s Impact 2.0 Design philosophy, which will allow it to sport Harrier like features. Harrier is the first Tata car to utilize Impact 2.0 Design language and it looks stunning to say the least. 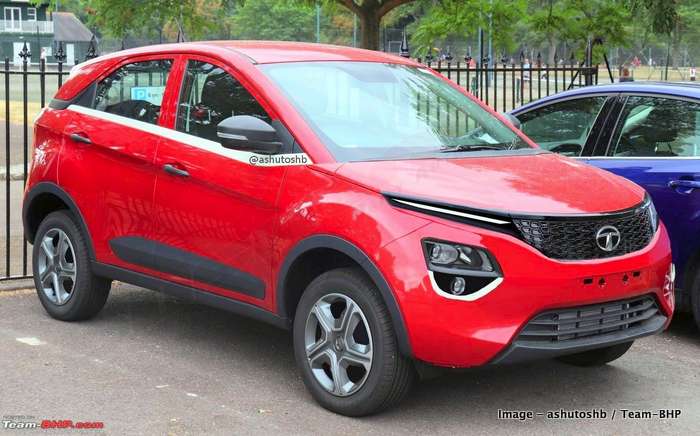 Nexon already has a smashing design, but with Impact 2.0 Design language at its core, it looks even better. As evident in this render, next-gen Nexon has various features similar to Harrier such as integrated headlights and fog lamp unit, sleek LED DRLs on top, prominent bumper, sloping coupe-like roofline and muscular wheel arches with black cladding.

Many Tata cars including Nexon currently utilize the XO platform and follow IMPACT design language. Tata Motors plans to have only two platforms in the future, ALFA for smaller cars, which are less than 4.3 meters in length and OMEGA for larger cars. Both ALFA and OMEGA are highly versatile and can support various body styles, engines and powertrains. They are also sturdier and expected to pass new safety regulations and crash test norms. Tata’s first car to utilize ALFA is Altroz, which will be launched later this year. Nexon facelift will continue using the XO platform, but next-gen Nexon will switch to ALFA and Impact 2.0.

2020 Tata Nexon facelift will continue using the same engine options as the existing model. The 1,198 cc, 3-cylinder, turbo-petrol engine makes 108 bhp / 170 Nm whereas the 1,497 cc, four-cylinder, turbo-diesel engine delivers 108 bhp / 260 Nm. Both engines come with 6-speed manual transmission and 6-speed AMT. But these engine options will be updated, to meet BS6 norms. They will be more refined and fuel efficient.

Nexon recently received 5-star safety rating in Global NCAP test, which seems to have boosted its sales. With 5,263 units sold in February 2019, Nexon was the second bestselling compact SUV, next only to segment leader Maruti Brezza. Nexon facelift and next-gen Nexon could boost sales even further.