A few days ago Tata Motors shared a teaser video of an upcoming Nexon variant. Details and photos of this new variant has now been leaked, thanks to an automotive enthusiast who wishes to remain anonymous.

Celebrating the first birthday of Nexon, Tata Motors will launch a limited edition variant called Kraz (pronounced as ‘craze’). It is based on the XT trim of the regular Nexon and will be offered as a limited edition. Two variants will be on offer – Kraz and Kraz+. 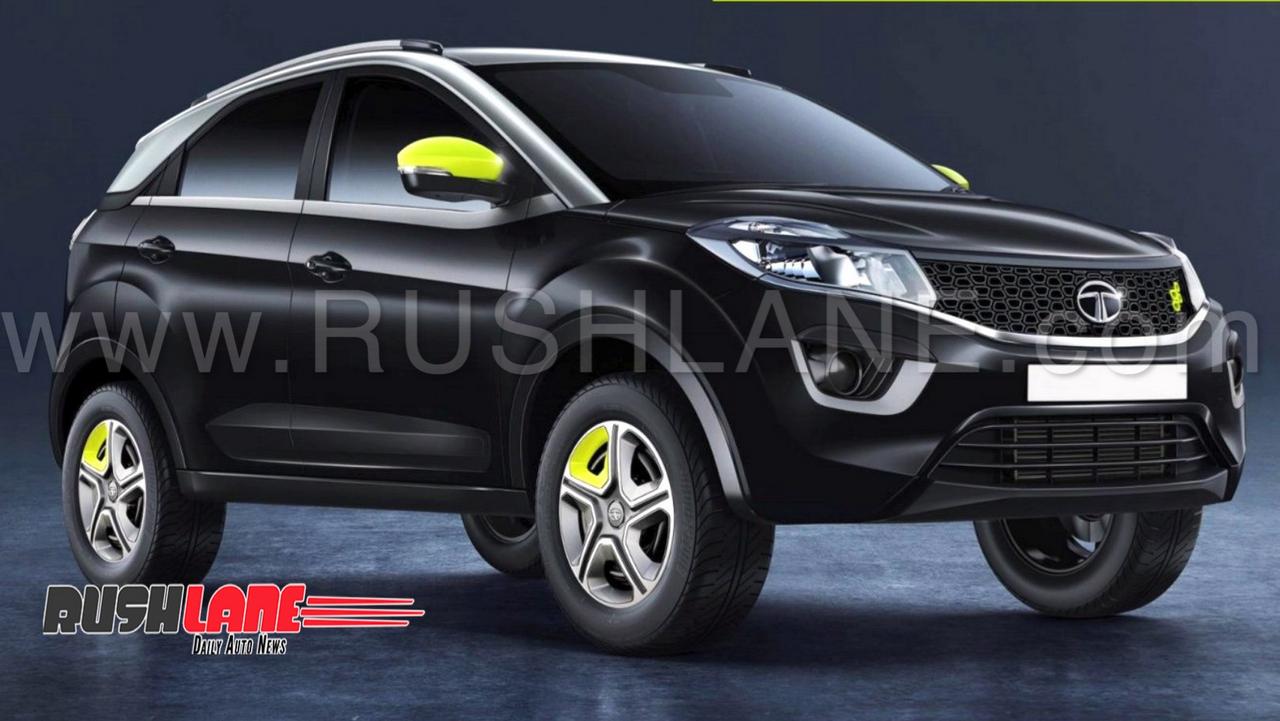 New Tata Nexon Kraz celebrates the successful journey of the Nexon SUV in India. Just 1 year old, the Nexon SUV is already one of the best selling compact SUV on sale in the country. Last month, Tata celebrated the 50,000th production of Nexon and now this month, they will launch a new limited edition variant.

Speaking of the Nexon Kraz Edition, it comes with 10 styling highlights. Biggest of them is an all new colour finish called Tromso Black. In addition to this, the roof is finished in metallic grey, then there are neo-green coloured ORVMs. The neo-green touch is also seen on the wheels and front grille. At the rear you get Kraz / Kraz+ badge depending on the variant.

On the inside, Tata Nexon Kraz Edition will get neo-green seat stitching, with different pattern for seat cushions. It will also get piano black dashboard with neo-green air-vent, piano black door and console finish, piano black steering accents, and Kraz badging on the center console.

New Tata Nexon Kraz is based on the XT trim. Which means you will not get the touchscreen infotainment system on board. Features on offer include automatic temp control, Roof rails, Security alarm, Cooled & Illuminated glovebox, Shark-fin antenna, Rear Air vents and Boot lamp.

To be offered in both petrol and diesel engine options, the Nexon Kraz is a completely factory-fitted limited edition of NEXON. It brings the latest Neon-style trend into the automobile world. Expect a bump in price tag over the regular Nexon XT variant, which is priced Rs 7.63 lakhs for petrol and Rs 8.55 lakhs for the diesel. All prices ex-sh Delhi.

Update – Tata Motors has officially launched Kraz and Kraz+ Nexon in India. Price starts from Rs 7.14 lakh for petrol MT, and Rs 8 lakhs for diesel MT. No AMT on offer.