Car sales through the month of February 2019 were lower than expectation of most car makers. But if you take a look at the SUV segment, it is still managing to register impressive growth, even at a time when buyer sentiment is low. And the star of SUV segment, is the sub 4 meter urban SUVs. Sales in this segment continue to grow. And this is the reason more players want to enter this segment.

This segment already had Maruti Brezza, Tata Nexon and Ford EcoSport. Last month, Mahindra XUV300 was launched, and very soon Hyundai will launch their version, in the form of Carlino Styx. It remains to be seen how the sales figures of existing cars change post the launch of new entrants. But for now, lets take a look at how the existing sub 4 meter SUVs have performed in terms of sales for Feb 2019. 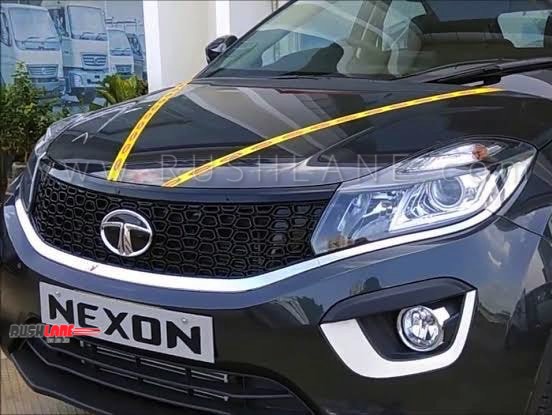 Taking into account sales in the compact SUV segment, it was the Tata Nexon that noted the best ever monthly sales at 5,263 units. 2019 seems to be a good year for Nexon. In Jan, Nexon sales were at 5,095 units. That makes two months in a row when the SUV registered 5k+ sales. From registering an average of 4-4.5k sales a month till now, sales of Nexon seem to have received a push due to the Global NCAP safety rating of 5 stars. Tata Nexon is the only car which is made in India and comes with a 5 star GNCAP rating.

Tata Nexon continues to command second place in the country’s sub 4 meter SUV segment, ahead of the Mahindra XUV300 and Ford EcoSport. Maruti Suzuki Brezza seems to have cemented its position at No 1. But, if you compare sales data, Brezza sales declined YoY, whereas that of Nexon have grew by about 20% YoY. Will we see Brezza being overtaken by any other sub 4 meter SUV in the near future? 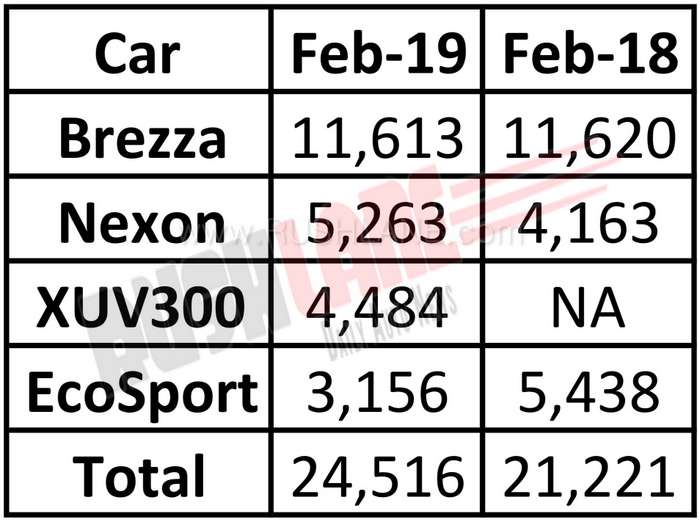 Speaking about respective sales – With February 2019 sales at 11,613 units, Maruti Suzuki Brezza has crossed cumulative sales of 4 lakh units in less than 3 years of launch. Maruti Brezza leads the compact SUV segment with a market share of 4 percent.

Unlike Brezza, which is known for its affordable pricing, mileage, after sales support and good resale value; Nexon is known for its powerful engine options and safety. Ford EcoSport sales of 3,156 units in February 2019, put it in the 4th place, behind the Mahindra XUV300, which registered sales of 4,484 units.