Tata Nexon sales cross 5.5k for the first time – Continues to be No 2 compact SUV 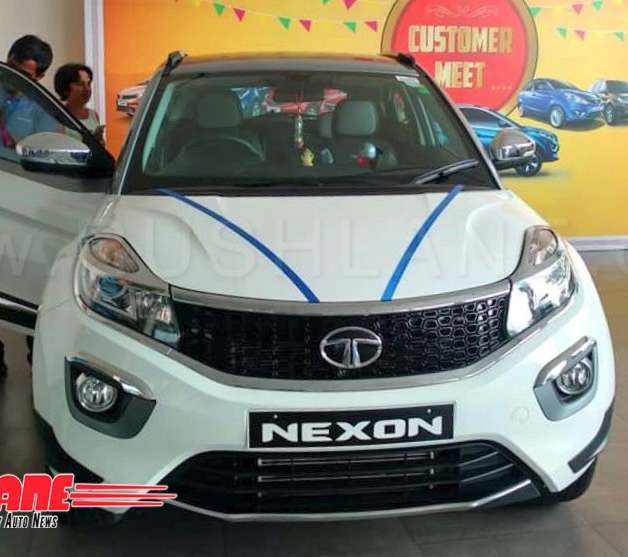 Back in Dec 2018, Global NCAP revealed that Tata Nexon has becoming first ever made in India car to pass the crash test with 5 star safety rating. This has acted as a booster for Nexon sales. Ever since then, Tata has regularly sold more than 5,000 units of Nexon every month. Before Jan 2019, Tata had never sold more than 5k units of Nexon in a single month.

But inspite of this stellar performance in crash test and in sales, it is still not the best selling sub 4 meter SUV in India. That title continues to stay with Maruti Brezza, which manages to sell about 13k-15k units every month. Tata Nexon takes the second place, followed by newly launched Mahindra XUV300, Ford EcoSport, Honda WRV and Mahindra TUV300. Soon there will be a new entrant, in the form of Hyundai Venue SUV, which will launch in May 2019.

Tata is now working on updating the Nexon. All Tata cars are set to be updated with the IMPACT 2.0 design language. Tata Nexon facelift has been spied testing with camouflage. Tata Nexon facelift will be based on an ALFA platform, unlike the current generation model which is based on an XO platform. Along with Tata Motors updating its lineup with the IMPACT 2.0 design language, each of the Tata cars of the future will be based on the ALFA or OMEGA platforms, both of which deliver 5 star safety rating.

Engine specifications on the Tata Nexon Facelift will include the same petrol and diesel engine seen on its current counterpart. The 1,198cc, 3 cylinder petrol engine offers 108.5 bhp power and 170 Nm torque while the 1,497cc, 4 cylinder diesel engine offers 108.5 bhp power and 260 Nm torque. Both engines get mated to 6 speed manual transmission as standard and 6speed AMT. Tata Nexon facelift’s engines will be tuned to meet the upcoming BSVI emission norms

Along with Nexon, Tiago and Tigor will also be updated. Currently all three cars are based on IMPACT design theme, they will be updated to IMPACT 2.0 design theme. First car on IMPACT Design 2.0 is the Harrier. Below are some digital renderings of how the future Nexon could look like.