RUSHLANEDAILY AUTO NEWS
HomeEverything ElseNexon owner thanks Tata for build quality after escaping from an accident...

Literal translation to English language – “Yesterday I was travelling from Jammu to Doda. Near Batote, my car fell off the road, 20 feet into the ditch. Thanks to god, and the build quality of Tata Nexon, I escape from this accident without a single scratch. 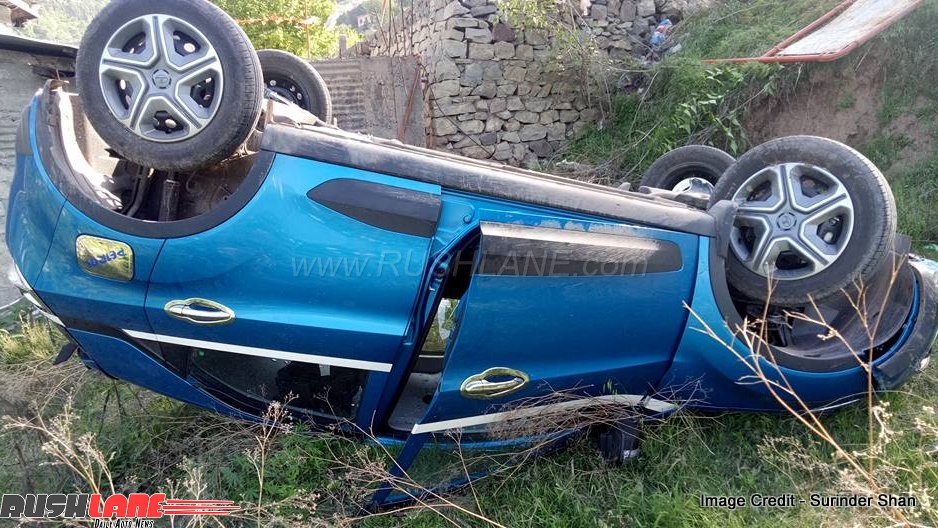 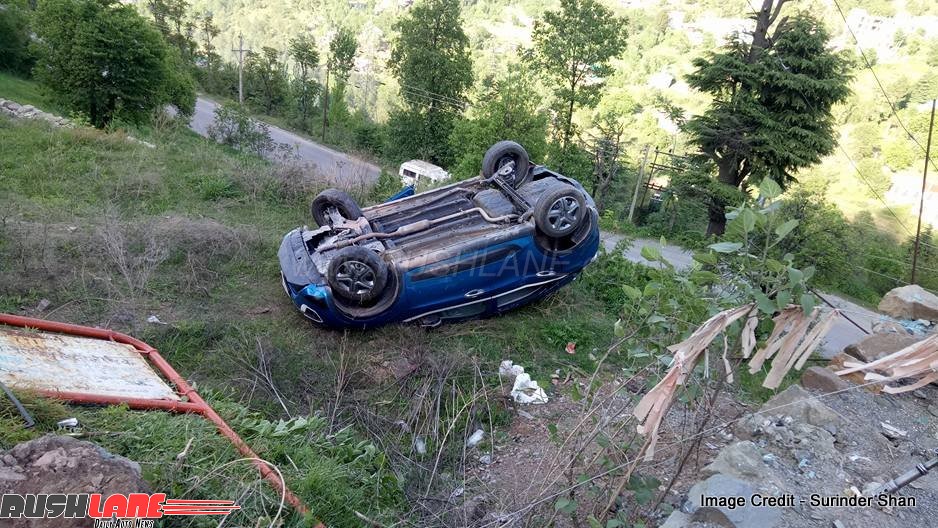 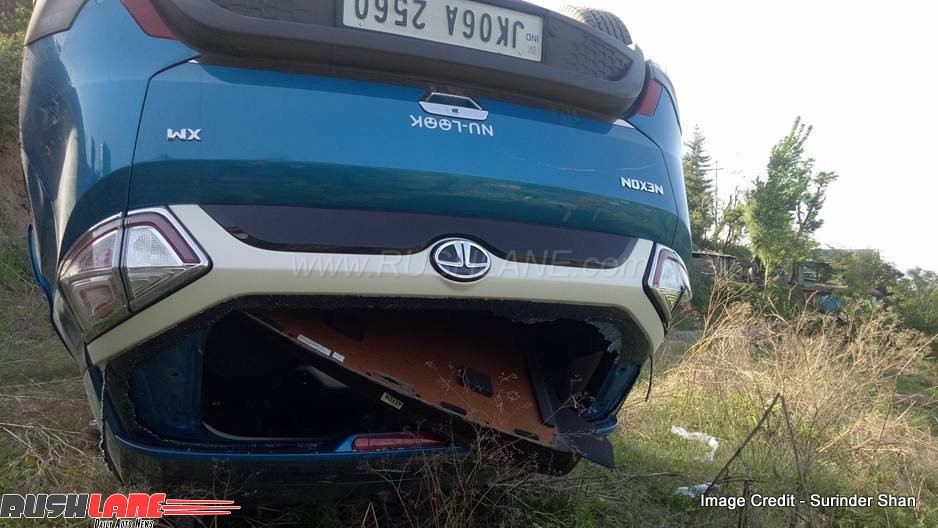 This is not the first time a new Tata owner has been thankful. Goa based Shreejith Kumar was travelling with his family in his brand new Tata Nexon compact SUV. Goa roads are extremely narrow in some places, and it is at one such place, in order to avoid collision with an oncoming vehicle, Shreejith swerved left, and got his left side tyres off the road. This is when the front left tyre got punctured.

Due to this, the Tata Nexon lost control and the vehicle spun off into the ditch below, ending upside down. Surprisingly, none of his family members are injured, and all escaped from the car unhurt. With the help of some locals, he managed to get the car on its four wheels and on the road. Images show that the cabin is intact, even the rear hatch is operable.

This is not the only incident where Tata car has has managed to save its occupants in an event of an accident. Just a few days ago, reader shared the following update, about a fellow Tata Tiago owner, who had met with an accident in his Tiago.

The owner of the car posted this update on social media – “This was happened on 31st December 2017 at 9.30 a.m to save someone & luckily everybody is safe and sound, No Third Party Injury. The car is now in Tata Workshop. Insurance Inspection is pending. All the three passenger are safe. not a single kharoch (scratch) to their body.”

Just a few days ago, we had shared a story about a reader from Kerala was driving his Tata Tiago in Alleppey and fell asleep at the wheel. He lost control at 60 kmph, which is when the car went into the side of the road. Upon impact, the car flipped upside down. Surprisingly, even at that speed, there is not much damage to the car’s body. All passengers escaped without any injury. All were wearing seatbelts. Images are credit to Mr Paul.

In another incident about, on the Ghodbunder Road in Thane, the Tiago driver tried to overtake a truck from the left. Sadly, the driver who had just learned to drive a car, ended up in being the result of a dangerous crash. Images are credit to Shifting-Gears.

It happened so, the driver failed to overtake the truck completely before swerving right and entering the path of the truck. This resulted in the Tiago driver getting the rear of his car brushed with the truck’s front. By this time the Tiago had lost control due to impact, and crashed into the vehicle in front, which was moving at a slower pace.

With the truck behind, and no time to apply brakes, the truck crashed into the Tiago. The Tata Tiago was sandwiched between the truck and the vehicle in front. The Tiago’s front and rear has been damaged badly, but the passenger cabin is secure. The airbags too deployed, and the passengers of Tiago escaped the incident unharmed.

Surprisingly, due to the impact, the truck driver was injured in this incident and taken to a nearby hospital owing to a lack of seatbelt and airbags. This accident resulted in a huge traffic jam. Soon cops arrived and moved the crashed vehicles on the side of the road so that one lane can be operational for vehicular movement. Local police is investigating the incident, and will soon take appropriate action against the faulty driver.

Built on the new gen platform, Tata Nexon and Tiago have become best selling cars from Tata Motors in the market today. Both cars are known for their value for money proposition and strong built quality. Read Tata Tiago Review and Tata Nexon Review.