Tata Safari Storme in Army matte green camouflage colors sported the GS800 label which stands for General Service 800, a specification for new lightweight personnel carriers that should have a payload of 800 kgs. 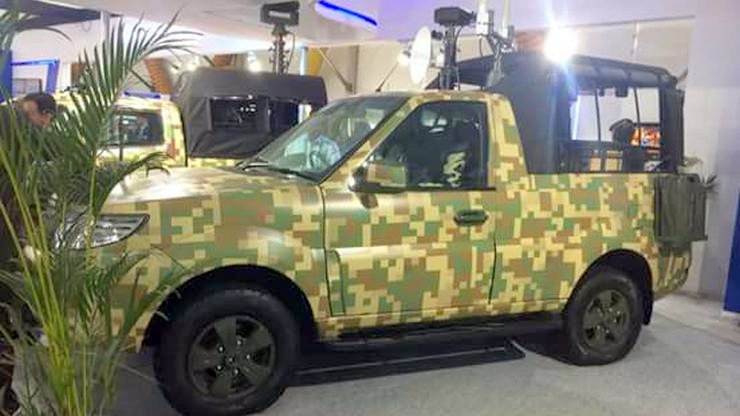 Tata Safari Storme GS800, as seen at 2018 DefExpo is positioned on a shorter wheelbase. It gets a single cab design with its soft top flatbed at the rear for carrying personnel or Army equipment. All chrome accents on its exterior have been done away with so as to avoid reflection. There is also an antenna on the bonnet and rear end receives a large hook for towing of other vehicles. There is also a jerry can holder at the rear.

Tata Safari Storme GS800 comes in with a strengthened chassis and suspension system. It also gets a better braking system to tackle added weight while the body is strong enough to withstand bomb blasts and small artillery. 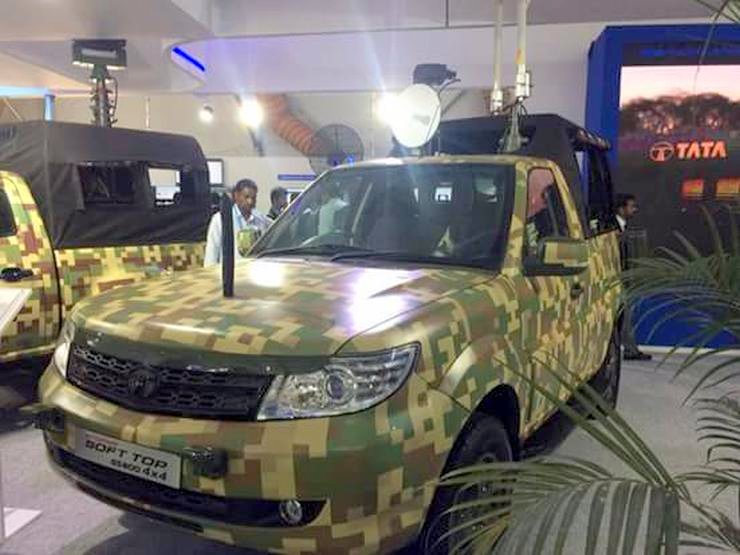 Engine specifications on the GS800 include the same 2.2 liter turbocharged diesel engine offering 154 bhp power and 400 Nm torque. The engine is mated to a 6 speed manual gearbox.

It is a 4×4 drive system which is standard for all army vehicles so as to take on rough terrain. This 4×4 transfer case is from Borg Warner with shift on the fly function allowing the driver to toggle between 2 and 4 wheel drive modes via a rotary knob on the dashboard.