Tata shares New teasers of Nexon – Is it the DCT Auto variant?

Tata Motors has shared a new teaser on their social media channels, which shows their popular compact SUV- Nexon. As of now, it is not clear as to what this is about. The teaser caption reads, “You are coming closer to experience the adventures of the #NexLevel. Keep following!” The teaser photo shows Nexon, and mentions ‘2 Days to Go‘.

As per rumours, the homegrown manufacturer has been developing a dual-clutch transmission(DCT) gearbox for some time now and it seems the Nexon is set to be its first recipient. If this is true, then the compact SUV’s DCT form is slated to be launched in two days as revealed in the teaser shared by the company.

Ever since its launch in 2017, the Nexon has been pulling up good numbers and has proved to be a strong performer in its segment. Nexon, along with Tiago are largely responsible for the revival of Tata Motors’ sales performance in the Indian market. For reference, Nexon along with Tiago and Tigor were developed under the first wave of the company’s Impact Design Philosophy. 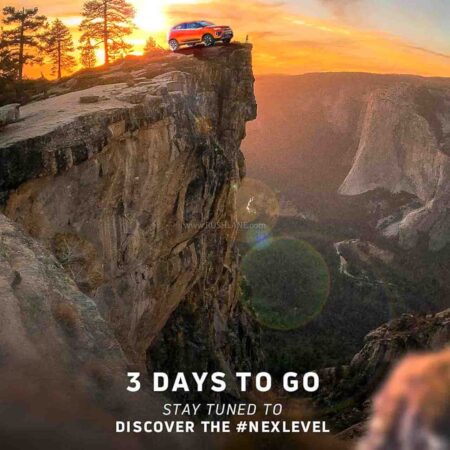 Currently, Nexon is offered in two gearbox options currently. These are 6MT and 6AMT. While the AMT offers the convenience of an automatic at an affordable cost, it just doesn’t offer the engagement an automatic should. At the end of the day, it is a normal manual transmission with actuators that operate the clutch on behalf of the driver at the time of gear change. The AMT comes with its set of drawbacks such as jerky feeling, a slow response, etc.

Benefits of a DCT gearbox

The DCT gearbox, however, plans to be a different story altogether as its response is much quicker between gear shifts and the shifts are much smoother. It serves well both in city as well as highway commutes. A DCT is much more engaging and is definitely more fun to drive in comparison to an AMT. It will be interesting to see at what price point Tata Motors offers the DCT gearbox in Nexon since this type of transmission is generally more on the expensive side.

Tata Motors might offer the DCT only with the top-spec trims whereas mid-range and low-range trims continue to be offered with an AMT. It is also expected that the Nexon DCT might be offered with the petrol-powered variants only – to keep cost in check. It is to be noted that Nexon is offered with two sets of powertrain- a 1.2-litre Revotron turbocharged petrol unit and a 1.5-litre Revotorq diesel unit. The petrol mill churns out a 120 PS of power and 170 Nm of torque while the diesel motor pumps out 110 PS and 260 Nm of peak torque.

Tata Nexon is involved in a fierce competitive rivalry in its sub-4 metre compact SUV space which comprises Hyundai Venue, Maruti Suzuki Vitara Brezza, Ford EcoSport and Mahindra XUV300. The competition is set to stiffen up in the coming days with the launch of Toyota Urban Cruiser and the much awaited Kia Sonet. Of the above, it is the Venue and Sonet which have DCT option on offer.