In BS6 era, Tata Motors has two hatchbacks in its portfolio: Tiago and Altroz. The Tata Altroz is relatively new and comes in both petrol and diesel formats, unlike the petrol-only Tiago facelift. Due to poor demand and questionable NVH controls, the 1.05-litre Revotorq diesel Tiago was discontinued in BS4 format.

The Altroz is primarily aimed at the Maruti Suzuki Baleno, Toyota Glanza, Honda Jazz (bookings open for BS6 model), Volkswagen Polo and Hyundai Elite i20 (new generation in the works) while the Tata Tiago takes on the Maruti Suzuki Celerio (facelift spied recently) and Hyundai Grand i10 Nios. Ex-showroom prices for the 2020MY Tiago and Altroz start at Rs 4.69 lakh and Rs 5.44 lakh, respectively.

It is not news that Tata Motors is working on turbo petrol variant of the ‘Gold Standard’ hatchback, Altroz. In fact, the same was spotted a few days back completely undisguised, wearing a ‘TURBO’ badge. It was finished in Tectonic Blue (Tiago shade). Exteriors look identical otherwise. 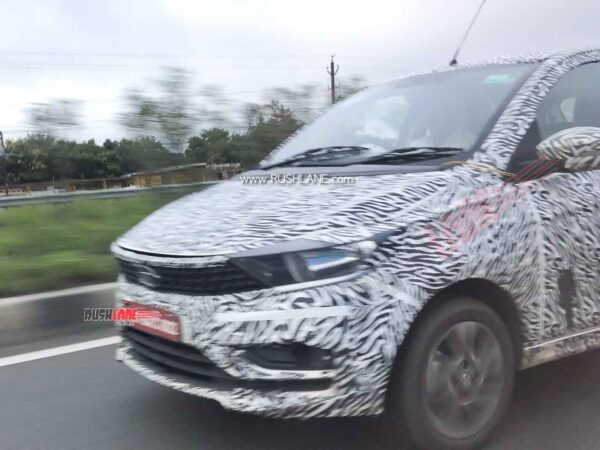 Considering that the Tiago test mule is spotted in Coimbatore, it is most likely a Turbo variant, which will offer more power than the existing 1.2 liter petrol engine of Tiago (84 bhp / 113 Nm). Chances of a diesel variant are minimal considering the lowering demand for diesel models in its segment and price bracket.

We do not expect any major tuning to the existing Tiago chassis to back up the engine and make the car a bit sportier. The fun little Tata Tiago JTP (and Tigor JTP), which might never make a return in the foreseeable future, had a BS4-compliant turbocharged petrol motor. Its 1.2-litre Revotron turbo petrol mill churned out 112bhp @ 5,000rpm and 150Nm @ 2,000-4,000rpm while mated to a 5-speed manual transmission. 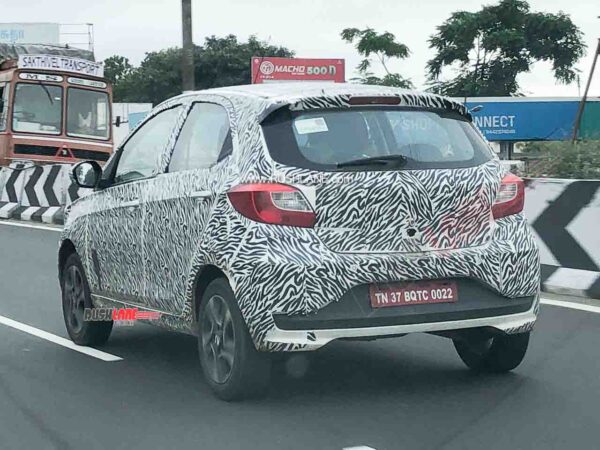 The rumoured Tiago BS6 turbo petrol version should employ the same unit (in the exact state of tune) as in the confirmed ‘Altroz Turbo’. Expect power output to be in the range of 100 PS. This is essentially a tweaked version of the engine powering the petrol Nexon subcompact crossover. However, the highlight is that Tata Motors will be introducing an all-new DCT option alongside the 1.2T engine. In BS6 specifications, the 2020MY Tata Nexon petrol variant generates 118bhp @ 5,500rpm and 170Nm @ 1,750-4,000rpm.

Once launched, the Tata Tiago Turbo will lock horns with Hyundai Motor India’s Grand i10 Nios Turbo. On the other hand, the Altroz Turbo will be aimed at Volkswagen’s Polo 1.0 TSI trims.