Showcased at 2018 Auto Expo earlier this year, the two new JTP twins were launched by Tata Motors a few days ago. Built for performance, Tiago JTP and Tigor JTP are the two fastest cars in the segment.

Tata Tiago JTP and Tigor JTP are sporty, stylish, fast, and on top of all that – affordable. Both the cars are powered by the same 1.2 liter Revotron turbocharged petrol engine which also powers the Tata Nexon. 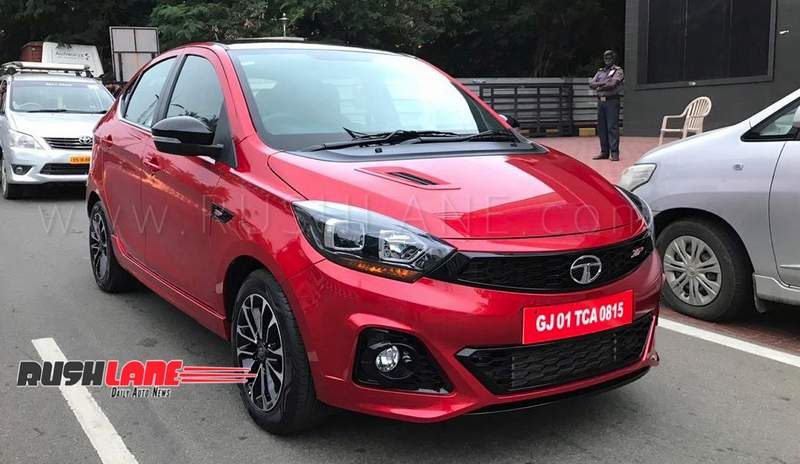 This engine will offer 114 PS peak power and 150 Nm torque between 2,000-4,000 rpm on Tata Tiago JTP and Tigor JTP as against 85 PS and 114 Nm offered on regular variants. The engine is mated to a 5 speed manual gearbox with revised rations so as to take on the higher outputs offered while multi driving modes of City and Sport will also be offered as standard. The engine claims acceleration from 0 to 100 kmph in about 10 seconds.

Being performance oriented cars, Tata Tiago JTP and Tigor JTP will also receive stiffer suspension to enhance handling while lower ride height, wider tyres and tuning for its electric power steering will also be a part of the changes. With such a package, these two cars do not have much competition. But at the time of launch, Tata compared them with Swift and Dzire.

In terms of exterior styling, Tata Tiago JTP and Tigor JTP will be seen with new gloss black accents on its front grille, new hood vents, revised front bumper and rear bumper with a diffuser. Distinctive JTP badging will be seen on the grille while other exterior updates will also include dual projector headlamps, diamond cut alloy wheels, side skirts and a contrasting black roof, rear spoiler and ORVMs.

Interiors also receive some sporty elements. It is seen in black interiors with red accents, leather wrapped steering wheel and aluminum finished pedals. Tata Tiago JTP and Tigor JTP get an infotainment system with 8 speakers with navigation and voice commands while in terms of safety, both the performance vehicles get ABS, EBD and dual airbags as standard.

These two performance cars are a part of the alliance formed between Tata Motors and Jayem Automotives, Coimbatore. The cars will be on sale through select Tata dealers across the country. Price of the Tiago JTP starts from Rs 6.39 lakhs and that of Tigor JTP starts from Rs 7.49 lakhs. Prices are ex-showroom.