Launched back in 2016, Tiago is now the oldest car on offer from Tata Motors. Other cars on offer from Tata currently are Tigor, Nexon, Harrier and Altroz. Of these, it is the Tiago and Tigor which are produced at the plant in Sanand, near Ahmedabad in Gujarat. Nexon, Harrier and Altroz are produced at the company plant near Pune.

Today, Tata Motors revealed that the production of their Tiago small car has crossed the 3 lakh mark. This milestone production number was achieved in about 55 months. Earlier this year, the facelifted Tiago was launched. It became the first car in the segment to come with 4 star safety rating from Global NCAP.

Tata Motors has started using railway transportation to ferry its new cars from Sanand Plant to different parts of the country. With automobile traffic improving for Indian Railways, recently hundred units of Tata Tiago and Tigor were dispatched from Sanand railway station in Gujarat, and were unloaded at West Hill railway station in Kerala, Southern Railway. Multiple transport options are helpful for delivery logistics ensuring turnaround of delivery orders is in a timely manner. 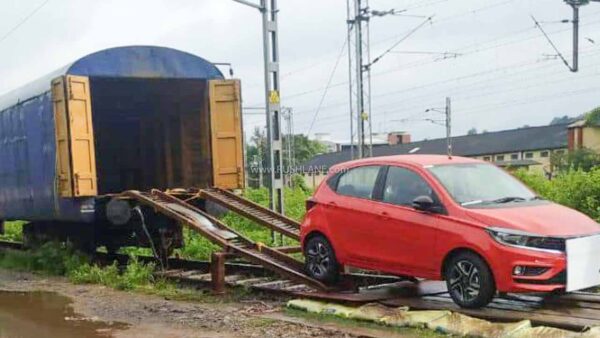 Rival to cars like Maruti WagonR and Hyundai Santro, Tiago sales in the past two months have picked up. Though it is no where close to WagonR, which is the leader in terms of sales in the small hatchback segment. For Aug 2020, Tiago registered sales of 5,743 units. This was a massive 89% increase in sales as compared to 3,037 units sold in Aug 2019. WagonR sales in Aug 2020 stood at 14,397 units.

New Tata Tiago is powered by a BS6 compliant 1.2 liter Revotron, 3 cylinder petrol engine that offers 84 hp power and 113 Nm torque mated to a 5 speed manual transmission along with an optional automatic option. Tata Motors is also planning to introduce a new turbo petrol variant of the Tiago, which could get its power via a 1.2 liter motor offering 99 hp power and 141 Nm torque. 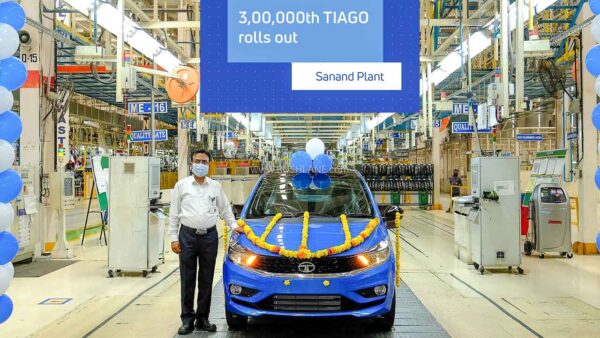