With revved up power and sporty looks, performance-oriented Tata Tiago JTP and Tigor JTP have been a true delight for fans that have racing in their blood. Now going beyond the need for speed, Tata Motors will be adding yet another distinguishing feature to Tata Tiago JTP and Tigor JTP, a 7.0-inch touchscreen infotainment system from Harman. It will be replacing the existing 5-inch infotainment system on-board the two cars.

This feature is already available in top-spec variant of Tata Tiago and Tata Tigor, and now it will make its way to JTP variants of Tiago and Tigor. 7.0-inch touchscreen infotainment system from Harman was introduced for the first time in new Tata Tigor in 2018. At the time of launch, it was only compatible with Android Auto, but now it supports Apple CarPlay as well.

Harman 7-inch touchscreen infotainment system would be the perfect addition to eye-catchy interiors of Tiago JTP and Tigor JTP. Both cars have sporty interiors, featuring leather wrapped components and enticing dual-tone red and black colour theme. In terms of functionality, the touchscreen system will support voice commands and image and video playback. It has an eight speaker system comprising 4 speakers and 4 tweeters. 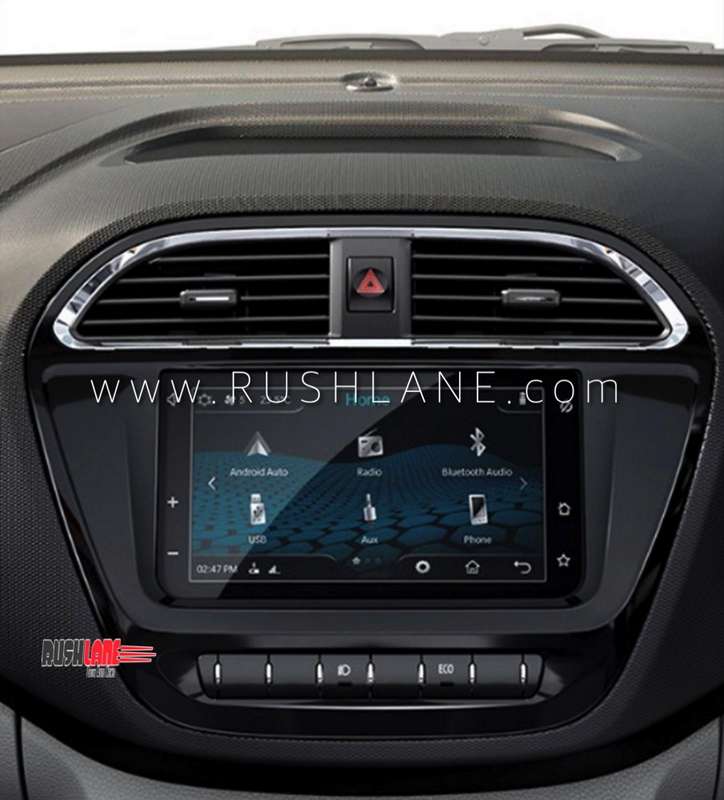 JTP variants of Tiago and Tigor get their power from a new-gen turbocharged 1199 cc Revotron engine that generates max power of 114 PS and max torque of 150 Nm. Engine is mated to a 5-speed manual transmission and comes with optimized gear ratios that ensure superior acceleration and performance. Both cars can reach 0 to 100 kmph in just around 10 seconds.

Apart from this, Tata is also working on launching facelifted Tiago, Tigor and Nexon. All three were recently spied together in Chandigarh, where they were about to set off for high altitude testing in Leh Ladakh. Currently, all three cars are based on the XO platform, while the updated Tata entry level cars will be based on the ALFA platform.