Tata Tiago Wizz launched – What are the new features vs regular Tiago? 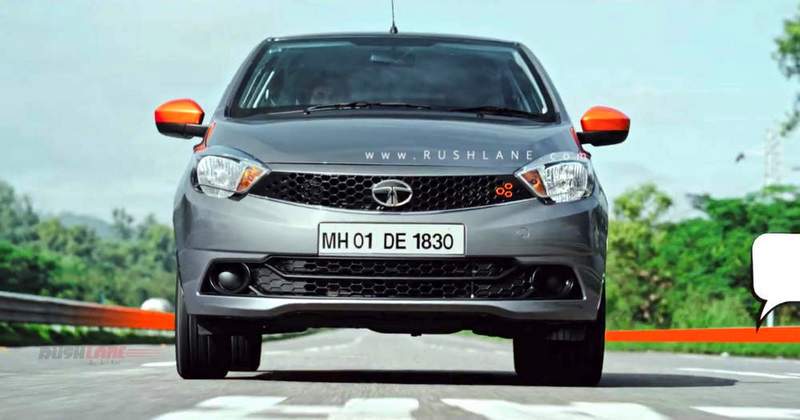 This is not the first time that the company has launched this Tiago Wizz edition, as the Tiago Wizz was also introduced earlier in 2017. At that time, it was seen with a red body colour, black roof and red inserts while this time round the Wizz edition sports a Titanium Grey shade with black roof and orange inserts.

The new Tata Tiago Wizz gets some exterior updates and cosmetic changes in its interiors but sees no change in its engine lineup. It is set apart from its regular variant with distinctive Wizz badging in orange accents.

Along with its new exterior colour scheme, the Tiago Wizz also receives black DurAlloy wheels, as are also seen on the Tiago NRG, orange inserts on its front grille, new ORVMs and new set of wheel covers.

The interiors of Tiago Wizz also see some cosmetic updates in grey and orange colours. These include orange inserts on its air vents and a grey gear shift bezel while the inner door handle is finished in granite black.

It gets premium fabric seats with orange stitching accents to enhance its premium appeal. In terms of safety, the Tiago Wizz gets similar features as seen on the regular Tiago with dual airbags, seat belt warning, rear parking sensors and ABS and EBD along with engine immobilizer and central locking system.

It gets a similar engine lineup as was also seen on the earlier Wizz with the 1.2 liter, 3 cylinder naturally aspirated Revotron engine offering 85 PS power and 114 Nm torque. This petrol engine will be BS IV compliant while there will be no diesel engine on offer. There is only manual 5 speed transmission on offer. No AMT on offer with Tiago Wizz.

Commenting on the introduction the Tiago WIZZ, Mr. Vivek Srivatsa, Head Marketing, Passenger Vehicle Business Unit, Tata Motors said, “The Tiago is one of the most popular car in its segment and has been on constant growth since its launch. Tiago with over 2.5 lakh happy customers is well received by customers as a Young, Premium and Fun hatchback. This youthful Limited edition will add to the premium and fun quotient of the brand.”