Tata Tiago is offered at a starting price of Rs 4.7 lakh for the base variant and goes up to Rs 6.74 lakh for the top-spec trim (both prices are ex-showroom)

Tata Motors has updated its mid-spec XT variant of its hatchback Tiago. We had reported earlier about the addition of new steering mounted controls which were previously presented on the XZ variants and above.

However, there are other feature additions that have come to light including updated door locks and new front door pads. Tata Tiago ditches the older pull up/ push down type door locks and has gone for a modern and simple lever-like lock along with the door lever.

The previous lock setup resembled older generation cars such as Maruti 800 and Omni which felt rather outdated in a fairly modern car such as Tiago. It also gives easier access to the passenger / driver, considering it is located in the same hub as the door lever. Thus minimizing the effort and distance of locking/unlocking in case of manual operation.

The other addition is the new pads at front doors which give it a more premium touch. New Sliding door handles give a better feel to hold with a better armrest so that the driver may ease his right hand while cruising on a long journey. However, this soft door pad is limited to the front doors only. It still gets a bottle holder on each door that could carry two half-litre bottles.

This update comes at a price of Rs 1,000-1,500 increment, thanks to the addition of above mentioned features. However, the XT variant now misses out on a parcel tray which might be a bummer. Nevertheless, with the marginal price hike and additional features on offer, the XT variant is a far more value for money proposition. Rest of the equipment list remains identical to the previous XT variant.

It still gets the same fabric upholstery of decent quality and the same double-DIN stereo system from Harman. It borrows the same sporty flat-bottom steering from Altroz and Nexon. The steering mounted controls enhance the passive safety of the occupants inside the car since the driver can now control his music or incoming calls just at the push of a button on steering. 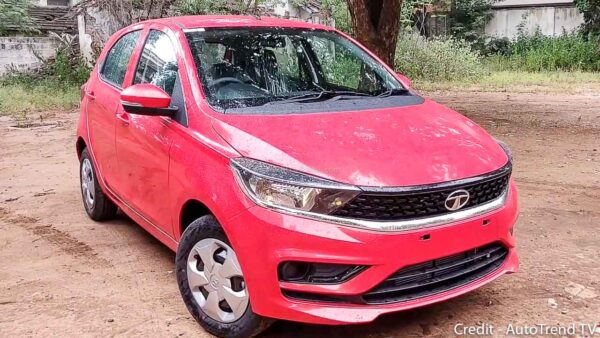 It draws its power from a 1.2-litre three-cylinder petrol engine which gives out 83 bhp and 113 Nm of peak torque. It is mated to a 5-speed manual transmission only in the XT trim, whereas a 5-speed AMT is also available in the higher-spec trims. It locks horns with Maruti Suzuki Celerio, Wagon R and Hyundai Santro.