Moving on from the noticeable Tata Tigor Buzz badging at the rear, the car is a study in Red with plenty of black bits. There’s the contrasting black roof that greets you upfront. 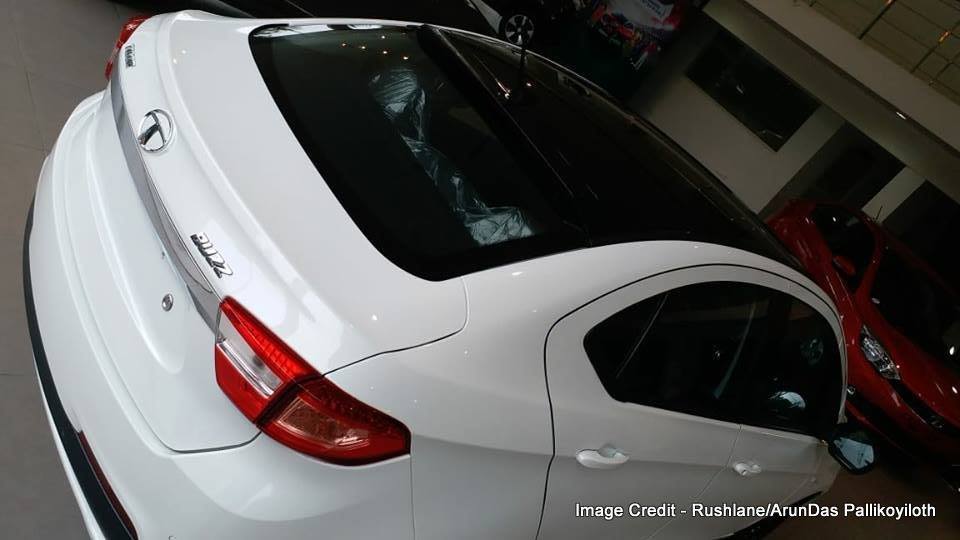 Created on the lines of Wizz Edition, feature changes are cosmetic. Piano Black exterior mirrors as against body coloured OVRMs. On the inside, central and side AC vents on the dash are bordered in with red inserts. The fog light chrome bezel makes way for one outfitted in black. The window waistline too is in black. In the passenger vehicle segment, Tiago and Tigor sales are growing respectably, and the newest edition would aim to further that.

The Limited edition Tata Tigor Buzz spotted isn’t fitted with a ConnectNext 5-inch touchscreen info system, but gets the basic fitment. Upholstery fitment appears to be all black (minus red stitching). 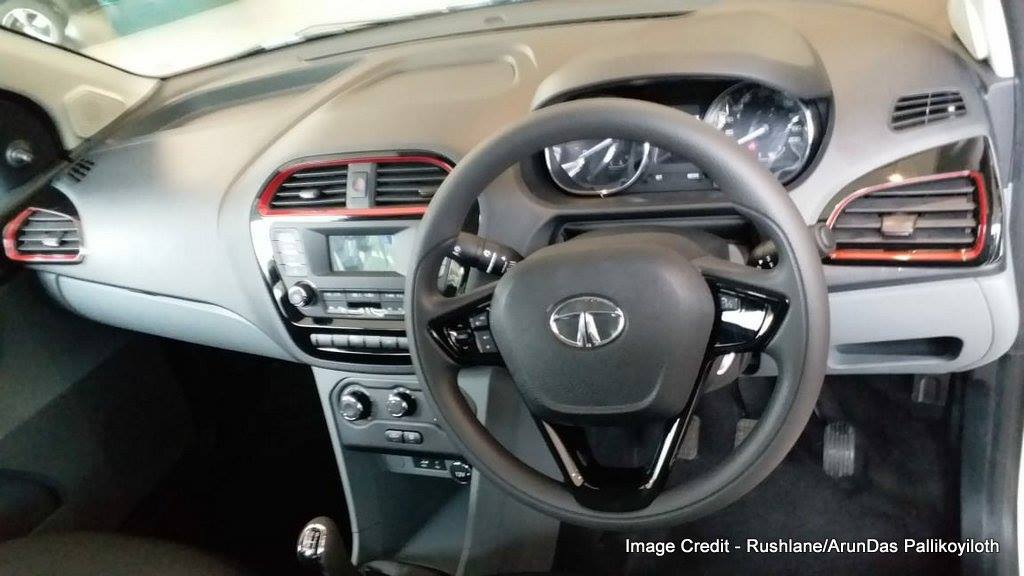 Independently, for those seeking performance, Tata Motors’ partnership with Coimbatore-based Jayem Automotive will cater to developing performance variants of existing models, and were showcased at Auto Expo 2018. Following the first public showing of Tata Tiago JTP and Tigor JTP (Jayem Tata Performance), the former has now been spotted testing.