Last week, Jharkhand became the first state in the east of India to introduce electric vehicles in its government fleet as part of the EESL scheme. Jharkhand Chief Minister, Raghubar Das flagged off 20 white Tata Tigor electric cars from the state secretariat Project Building at Ranchi.

He was seen taking a short spin as a passenger in one of the cars. The first lot of 20 cars is part of a 50 fleet order that Energy Efficiency Services Limited (EESL) is supplying to Jharkhand Bijli Vitran Nigam (JBVNL).The move under Union power ministry looks to strengthen the use of electric vehicles as part of government fleets. 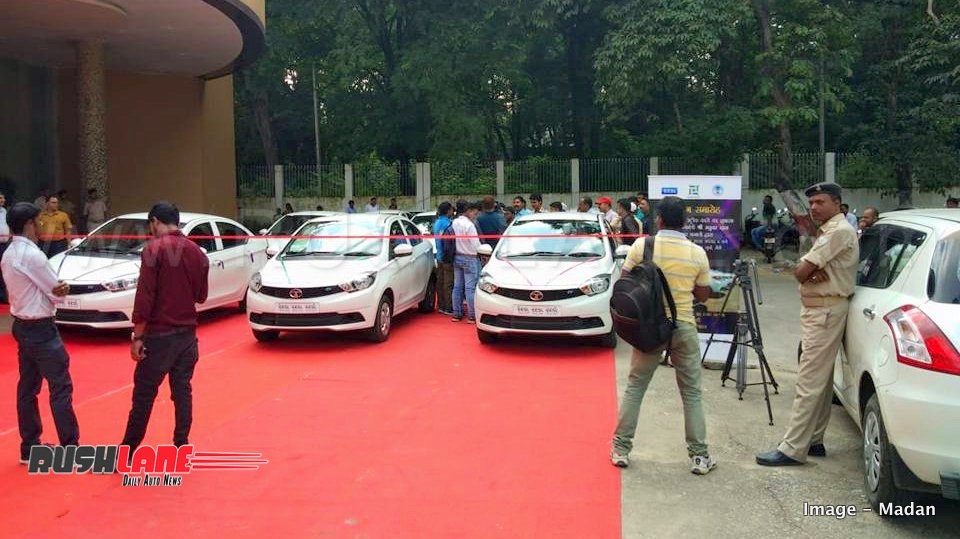 Following the delivery of the first twenty Tata Tigor EVs on 13th September, 2018, the remaining 30 cars are to be delivered within a fortnight. The 50 car fleet is purchased for use by the state’s energy department officials.

In his address, CM said such measures are essential for a pollution-free environment today. Jharkhand is now the fifth state to have introduced environmentally friendly vehicles for government use.

Delhi, Maharashtra, Andhra Pradesh and Telangana governments have already introduced a small number of electric cars as official vehicles to encourage the Centre’s e-mobility goal to replace 30 per cent of government vehicle fleets with electric cars by 2030.

EESL is providing 50 cars, along with drivers to JBVNL on a 6 year lease for which the latter is required to pay Rs 40,000 pm for each car. 3 charging stations have been set up for now. One each at JBVNL corporate headquarters at HEC township, at Kushai complex and near Raj Bhavan.

The fleet of 50 electric cars sets JBVNL to save over 1.20 lakh litres of fuel of each year. Adapting will help reduce spending as maintenance cost is about one-fourth when compared to ICE (internal combustion engine) vehicles, alongwith reduced carbon footprint of 1,400 tonnes of CO2.