India-made Tata Tigor Electric variant made its debut in Nepal at the 2018 Nepal Auto Show. This follows the successful launch of petrol and diesel variant of Tigor, which were launched in Nepal last year. At the Show, Tata Motors also announced the launch of new Nexon AMT, which is priced from about Rs 30 lakhs.

Tata Tigor Electric is the first electric car from the Indian car maker, to have won a huge order of 10,000 from Government of India. Over the next few years, Tata Motors will deliver 10,000 units of Tigor Electric sedan to government officials under the EESL. All these cars will be made at the company plant in Sanand, Gujarat and will cost about Rs 11.2 lakhs each to the government. The entire order is worth Rs 1,120 crores. 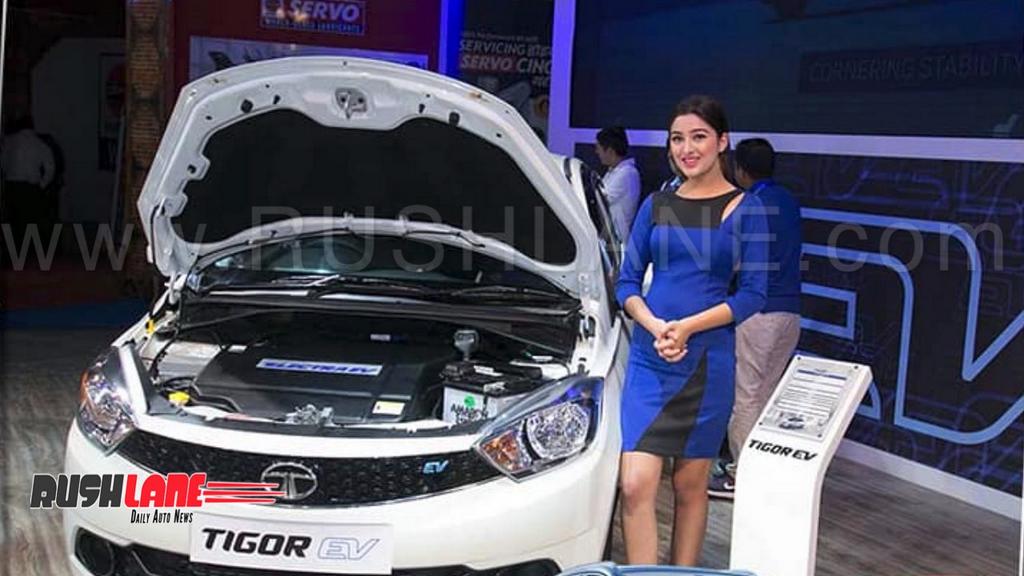 Developed completely in India, a fully charged Tata Tigor electric has a range of about 100 kms. It takes about 8 hours for a full charging of battery. Via fast charging, you can achieve up to 80% charge in 2 hours. Top speed of the car is 130 kmph. It comes with features like airbags, AC, power windows, power steering, music system, etc.

Nepal does not have a car / bike manufacturing plant of its own. Majority of their cars and bikes are imported from other countries to sell to local consumers. Tata is one of the biggest car company in Nepal. They operate via their sole authorized distributors, Sripad Trading Pvt. Ltd, who has about 19 dealers across the country. With electric car the future, showing their Electric Tigor at the Auto Show, showcased Tata’s capabilities to consumers as well as Nepal government officials. 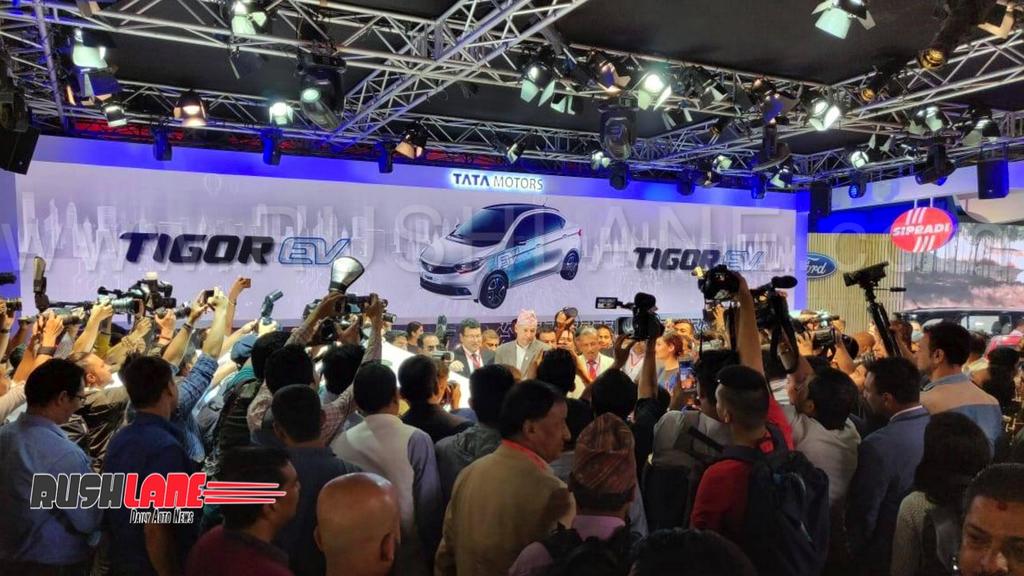 Speaking about the regular Tigor which is already on sale in Nepal, it is priced from NPR 23,45,000 lakhs (Rs 14.71 lakhs) for the petrol 1.2 liter variant. It is offered in four variants of XE, XT, XZ and XZ(O) and in six color options Of Copper Dazzle, Espresso Brown, Pearlescent White, Platinum Silver, Striker Blue and Berry Red. The Tigor is also presented with a standard 4 year warranty or 75,000 kms whichever is earlier with an option to extend it further.

There are no changes in the Tata Tigor sold in India and the one sold in Nepal. Tata Tigor boasts of a signature split LED tail lamp, smoked projector headlamps with an integrated LED stop lamp, ConnectNext touchscreen infotainment system from Harman, 6 speakers and voice command recognition for automatic climate controls and phone and media controls. In terms of safety, it receives ABS and EBD as standard along with cornering stability control and reverse parking assist with camera.

It also sees no change in engine specifications and the Tata Tigor sold in Nepal is powered by the same 1.2 liter Revotron petrol engine producing 69 bhp power at 4,000 rpm and 140 Nm torque at 3,000 rpm and offering mileage of 24.4 kmpl.