Tata Motors along with Coimbatore-based Jayem Automotives has officially unveiled the all new Tata Tigor JTP sedan. The car was first was showcased at the 2018 Auto Expo. More powerful than its regular counterpart, the Tigor JTP gets performance upgrades and a more capable petrol engine.

In the earlier post we spoke about Tata Tiago JTP. In this post we will detail the Tigor JTP. Powering the Tata Tigor JTP is a 1.2 liter turbocharged petrol 3 cylinder engine which delivers 114 PS of power at 5000 rpm and 150 Nm or torque at 2000-4000 rpm. It is mated with a 5 speed MT which sends power to front wheels. This makes the Tigor JTP more powerful and faster than any other car in the segment, and in the segment above. 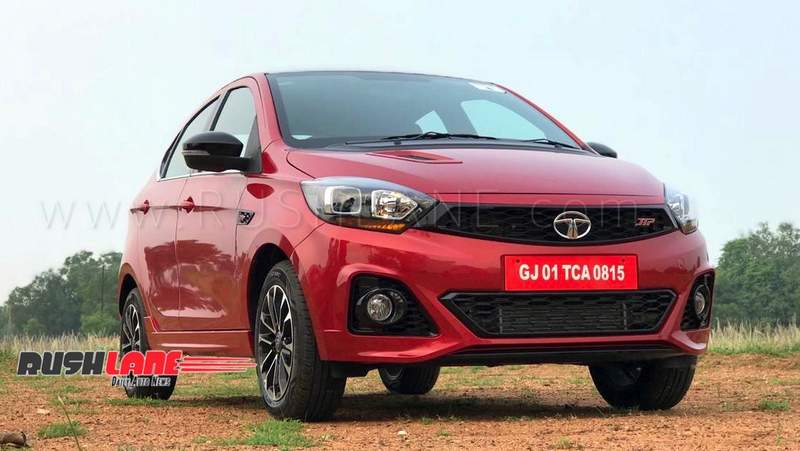 0-100 kmph acceleration is achieved in 10.38 seconds, while 100-0 kmph braking is done in 29.98 meters. Tata Tigor JTP also gets more aggressive styling so as to set it apart from the regular Tata Tigor. It will get smoked headlamps, an aggressive front bumper design, blacked out honeycomb mesh grilles and faux vents on fenders.

It also gets a new bumper design at the rear, twin tipped exhausts and distinctive JTP badging in red while it will sit on sportier 15” diamond cut alloy wheels. Stiffer suspension setup and lower ride height will also augment its performance. 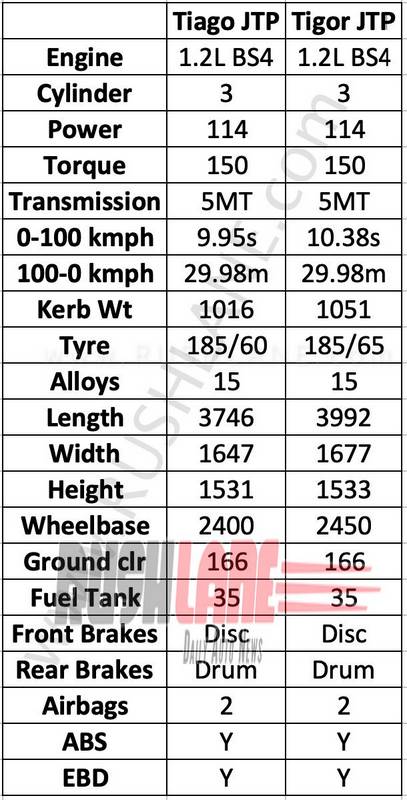 Apart from its sportier exteriors, interiors also get a sporty appeal with black leather upholstery with contrasting red stitching and accents. It is seen with an 8 speaker, Harmon Kardon system, new door panels and aluminum pedals.

With added power, higher performance and better features and styling Tigor JTP will command a higher pricing as compared to the regular Tata Tigor. While the range topping Tata Tigor variant is priced at Rs 5.58 lakhs, the Tigor JTP is expected be priced from around Rs 7 lakhs. Launch will take place tomorrow, which is when the official price will be revealed.