The reason behind decline in sales is not clear. It is not that demand in the sub 4 meter segment has gone down. Maruti Dzire sales stood over 16,000 while that of Honda Amaze was at 6,000. It is possible that Tata has reduced production on purpose.

Tata started working on the facelift version of Tigor, Tiago and Nexon some time back. These are expected to be launched this year. Seeing the reduction in sales of Tigor, it is possible that the Tigor facelift is the first to get launched, of the three. 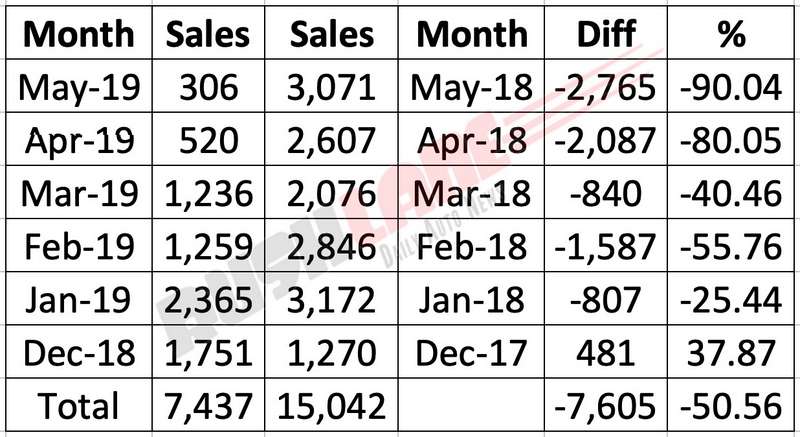 In terms of design, both Tata Tiago and Tigor are expected to get a front which is inspired by Altroz. This will make the two cars look even more attractive. Side and rear are largely expected to continue with a similar design as of current. Under the hood, the facelifted variants will come with new BS6 petrol engine. Diesel engine will not be on offer with the facelift as Tata will not update their small 1.05 liter diesel engine to meet BS6.

New BS VI emission norms and the lack of demand for diesel variants will see that Tata Tiago and Tigor diesel variants being discontinued. Tata Motors has been noting low demand for both these variants. They are currently powered by a 1.05 liter, 3 cylinder diesel engine which does not meet BS VI standards while the company is of the opinion that low demand does not justify for the higher costs involved in developing a smaller capacity diesel engine which will comply with these new regulations.

Tata Motors had also introduced performance version of the Tiago and Tigor called Tiago JTP and Tigor JTP which stands for Jayem Tata Performance and is a joint venture between Jayem Automotive and Tata Motors. These variants are powered by a 1.2 liter turbocharged petrol engine offering 114 bhp power and 150 Nm torque.