Tata Motors’ partnership with Coimbatore-based Jayem Automotives to develop performance variants of the existing models attained fruition at the Auto Expo 2018. The Tata Tiago JTP and Tigor JTP (Jayem Tata Performance) have made their first public appearances at the show earlier this year.

The car has now been spied on test. This is the first time the Tiago and Tigor JTP has been spotted testing on Indian roads. Due for launch later this year, the JTP duo carries an array of performance-enhancing features in addition to cosmetic embellishments. 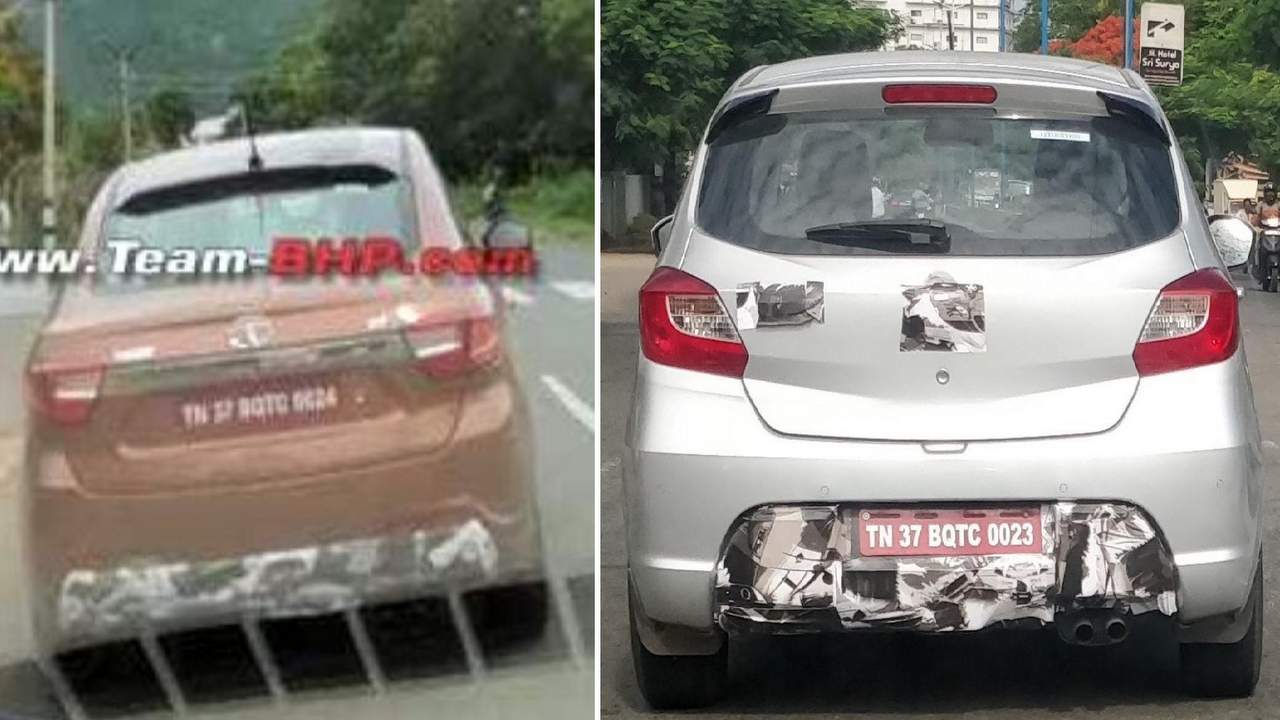 For starters, the cars feature new bumpers with larger airdams and accentuated fog light enclosures apart from glossy black treatment for the grille. Further highlighting the Tiago and Tigor JTP variants’ sporty intent are the smoked projector headlamps, vents on bonnet and fenders, diamond-cut 15-inch alloy wheels, side skirts, glossy black inserts on the rear diffusers, contrast roof and ORVM finishes, and of course, red JTP badge on the grille.

Mechanically, the Tiago JTP and its notchback sibling are significantly different from their respective regular models. The most important performance update comes in the form of the 1.2-litre 3-cylinder petrol engine which boasts a turbocharger like in the Nexon. Watch the two new powerful Tata cars being chased by Nano owner in the video below.

The motor is capable of producing 110 PS and 150 Nm of torque which is a huge improvement over the stock model’s naturally aspirated motor. The 5-speed manual transmission has been given tweaked gear ratios to achieve better acceleration. While the braking system is left untouched (no rear disc brakes), the suspension system has been tweaked and ride height has been lowered for better handling characteristics.