Just a couple of hours after Ford India launched their new Aspire sedan, Tata Motors has released a new teaser of the Tigor facelift, which will be launched on 10th October. In the video, Tata Motors is trolling the Ford Aspire, saying “Don’t Just Aspire.”

The theme used by Tata Motors marketing team, is also very similar to the theme used by Ford India to market the Aspire sedan – especially the background effect. Watch the latest Tigor teaser video below.

Apart from this major interior update, the new Tiago facelift will also get some exterior revisions in the form of a new front grille with chrome accents, chrome inserts on head and tail lamps and new alloy wheels. It will also get a shark fin antenna and new color options among which will be the flagship Dark Blue color scheme which is also seen on the Tata Hexa. 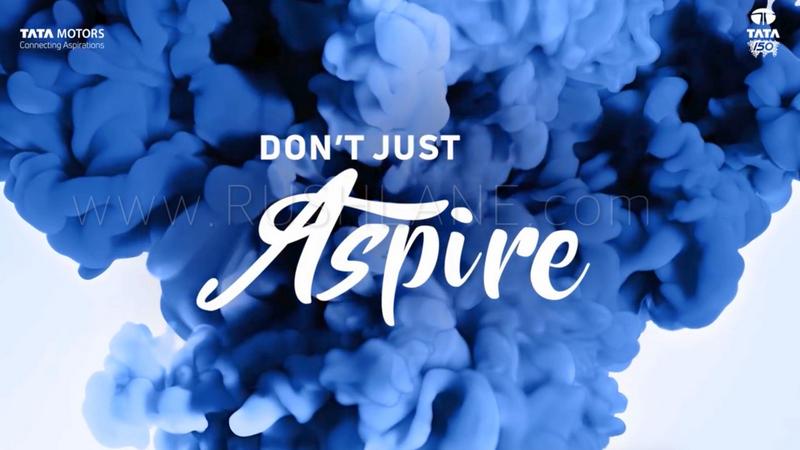 In terms of mechanics, Tata Tigor facelift sees no change. It will continue to be powered by the same 1.2 liter Revotron petrol engine offering 85 bhp power and 114 Nm torque and 1.05 liter Revotorq diesel engine producing 70 bhp power and 140 Nm torque. Both engines get mated to a 5 speed manual transmission. AMT could be on offer.

Considering these changes in exterior and interior makeup, the Tata Tigor facelift could come in with a marginal price increase over its current counterpart priced from Rs 5.05 lakhs going up to Rs 7.36 lakhs. The facelift could be prices upwards of around Rs 5,000-10,000 over these current prices depending on variant, still a lot lesser than the new Ford Aspire.