The next generation Tata Winger with BS6-ready powertrain made its debut at the Auto Expo 2020 with a fresh design based on the company’s IMPACT 2.0 philosophy. This is the same design philosophy which Tata has used in their new cars like Harrier, Altroz.

New Tata Winger is getting ready for its launch sometime later this year, and an uncamouflaged prototype has been spotted testing now. It has to be said that the high-roof, body colored version showcased at the Expo looked much better than this base model with the default flat roof and black bumper. The van adopts LED DRLs and low-mounted headlamps just like Tata Motors’ newer and upcoming passenger vehicles but there is simply way too much plastic at the front.

The rear fascia too gets generous plastic covered area, and the twin-doors are all about function over form. A higher location for taillights would have been better from both styling and safety context. Well, the new Tata Winger BS6 is developed to be a comfortable people mover, not to win any beauty contest. 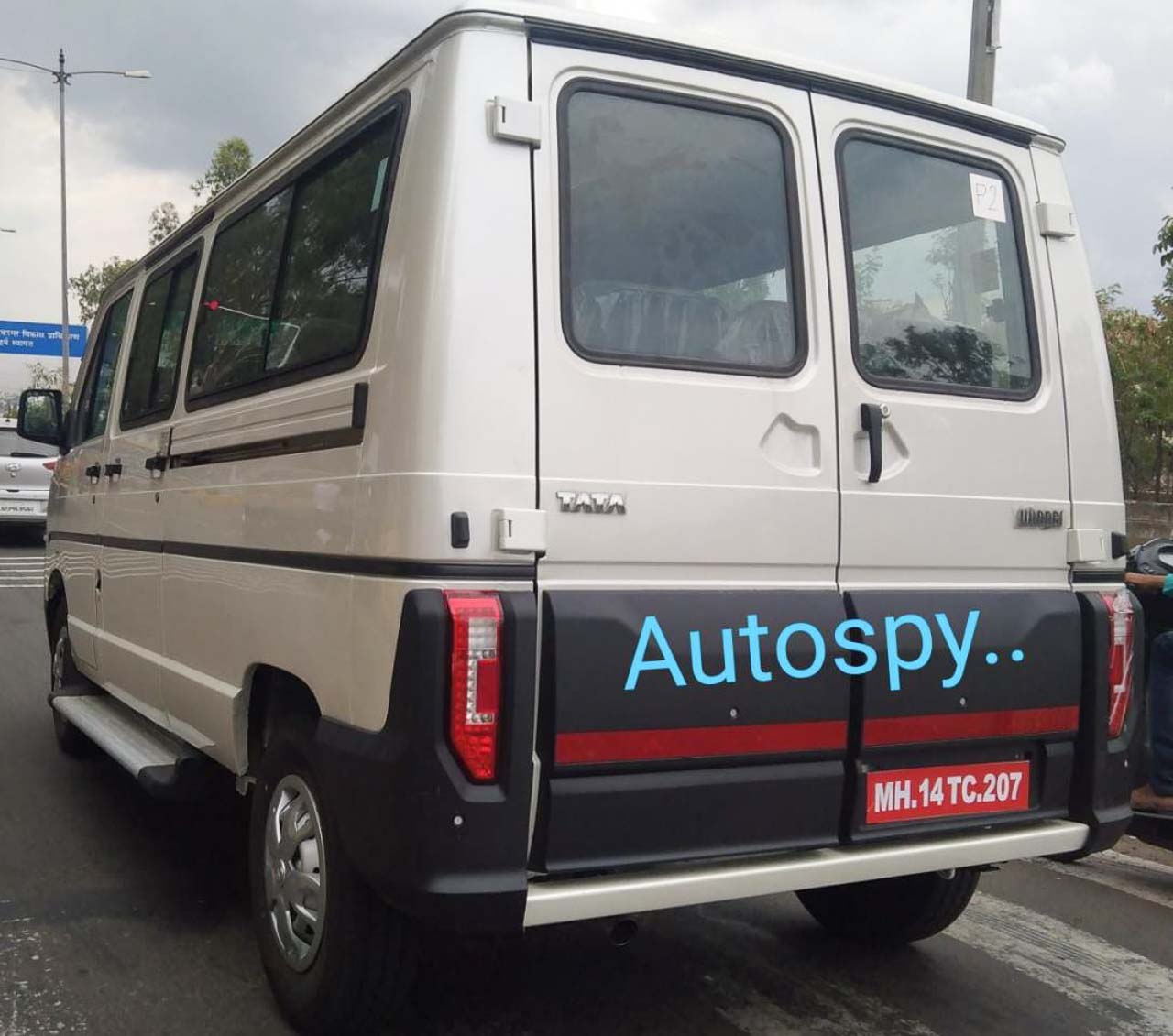 The Winger is will be available in multiple wheelbase versions with varying seating capacities, ranging from 10 to 19 including the driver. The one on display at the Expo was longer and devoid of rear doors but the prototype spotted testing has a rear door on the left side for easy ingress and egress. One doesn’t need to fold the front passenger seat to access the rear seats.

The multi-seater also gets fresh interior design with car-like steering wheel, a wide center console with optional touchscreen infotainment system, and a multi-info display on the instrument cluster. The passenger seats adopt 2+1 seating configurations and number of rows would depend on the wheelbase option you choose.

Powering the Tata Winger BS6 is a 2.0-liter four-cylinder diesel engine which is tuned to develop 89 hp and 190 Nm of torque. Transmission duties are handled by a 5-speed manual unit.

The all-new Tata Winger would be targeting tour operators and staff shuttle operators alike. There are also ambulance and school bus variants. It will emerge as a direct competition to the new generation Force Traveller which was also on display at the Auto Expo earlier this year. We could also see a panel-van variant for cargo applications in the future.

The new Tata Winger BS6 has already been listed on the official website but the company has not released the official pricing or delivery schedule yet.