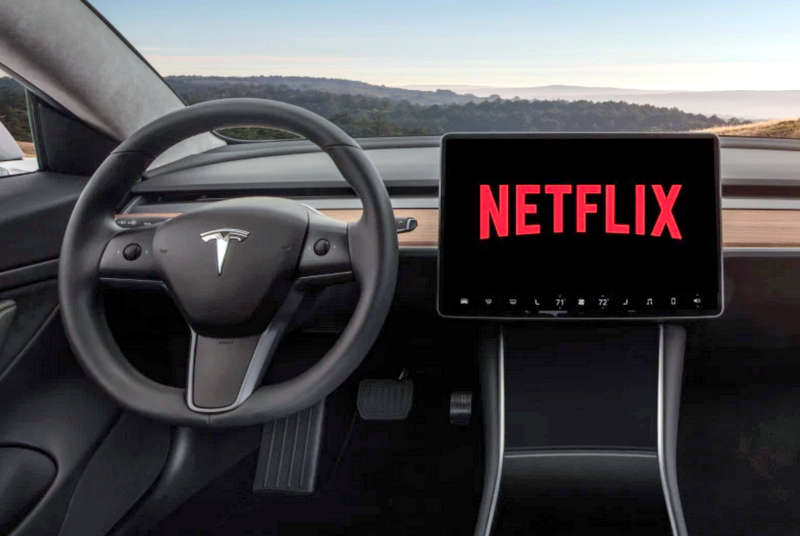 One can trust Tesla for leading the digital innovation in automotive world. The American EV specialist has been a front runner in introducing a comprehensive suite of ADAS (Advanced Driver Assistance System) features with progressively increasing level of autonomy.

With the governments of developed countries in advanced stages of establishing policies pertaining to self driving vehicles, Tesla has started demonstrating its preparedness to convert their vehicles into moving lounges.

Elon Musk took to Twitter to announce that the version 10 of Tesla’s popular AutoPilot ADAS software suite will allow in-car video streaming including YouTube and Netflix services. He added that for now, these services will be available only when the vehicle is stationary to avoid drivers misusing the AutoPilot. 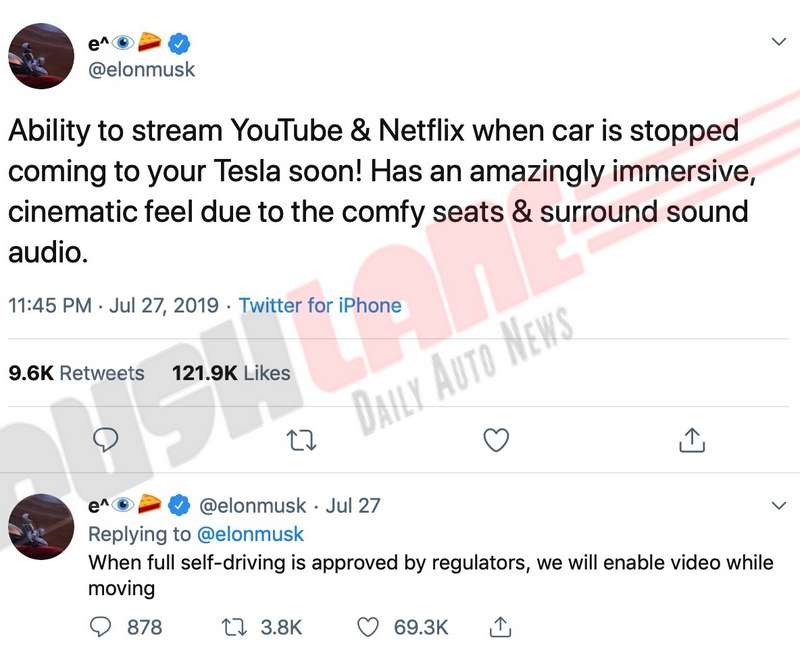 He also added that, once the regulatory apparatus for self driving cars are in place, users of fully autonomous Tesla cars will be able to enjoy the video streaming services on the move. Netflix and chill, on the go.

The famous CEO likened the in-car streaming feature to drive-in movie experience but with much better sound quality (the cars are equipped with surround sound audio system). The AutoPilot V10 is expected to be rolled out toward the end of August depending on whether the system works glitch-free for the users under Early Access Programs (Tesla owners who also double up as beta testers).

In addition to the entertainment feature, the new version of the software is claimed to have improved traffic light and signs recognition, better highway AutoPilot and Smart Summon. As the name suggests, Smart Summon feature enables the cars to autonomously navigate thorough the parking lot, occupy an empty slot and come back to the owner when summoned.

Thanks to the Tesla Model 3, the EV maker has been giving sleepless nights to the luxury car giants Mercedes, BMW and Audi in the US as well as Europe. The car maker registered record sales in the latest quarter with deliveries of 95,200 units worldwide.

The Model 3 alone accounted for 77,550 units. The company is hoping to continue this sales momentum moving forward since orders exceeded deliveries in the previous quarter. The sales growth did come at a compromise as Tesla cut prices of its models in the US.