Tesla Model 3 has joined the fleet of Thailand National Police Agency. As per info posted on the official website of Thai police, a total of seven Tesla Model 3 Performance cars have been leased for a period of five years. All cars have been customized to include a range of police equipment such as light bars and computers. These were delivered at Thai police headquarters located in Dusit, Bangkok.

Adding Tesla Model 3 cars to its fleet has been a costly initiative for Thai police, as the agency had to pay a total amount of USD 2.7 million (Rs 20.8 crore). This translates into around USD 386,000 per car (Rs 2.96 crore), which is exponentially higher. 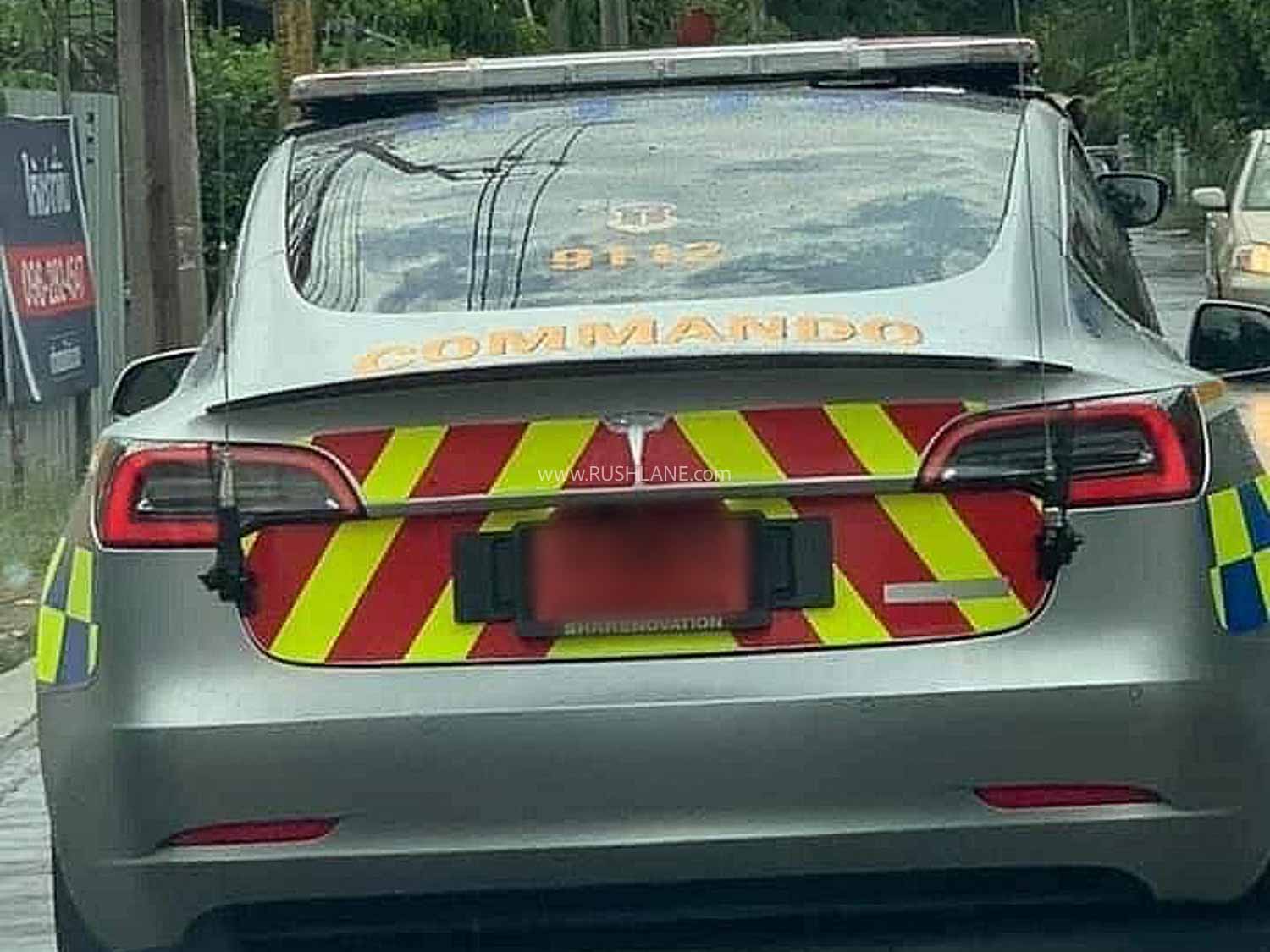 Tesla Model 3 Performance cars leased by Thai police will be used as lead vehicles in VVIP motorcades. They are unlikely to be used for high-speed chases, even though Model 3 Performance is fully equipped for that job. The car comes with a 75 kWh battery pack that supplies power to dual motors connected in an all-wheel drive configuration. Max power is 450 hp and max torque is 639 Nm. The car can reach 0 to 100 kmph in just 3.4 seconds and has a top speed of 261 kmph. EPA certified range is 518 km.

Tesla’s main production facility is also located in Fremont. While Bargersville and Westport have Model 3 Performance in their fleet, Fremont has Model S 85. Dubai police, meanwhile, has plans to add a Tesla Cybertruck to its fleet.

Tesla cars are proving advantageous for police forces as they have low maintenance and fuel costs. Savings amount to thousands of dollars per year for each Tesla car added to the fleet. This helps save a lot of taxpayer’s money. Tesla cars also score higher than gas-powered cars in terms of environment friendliness and sustainability.

Tesla Model 3 is one of the safest cars in the world. It has received 5-star safety rating from top agencies such as NHTSA (US), Euro NCAP, and ANCAP.