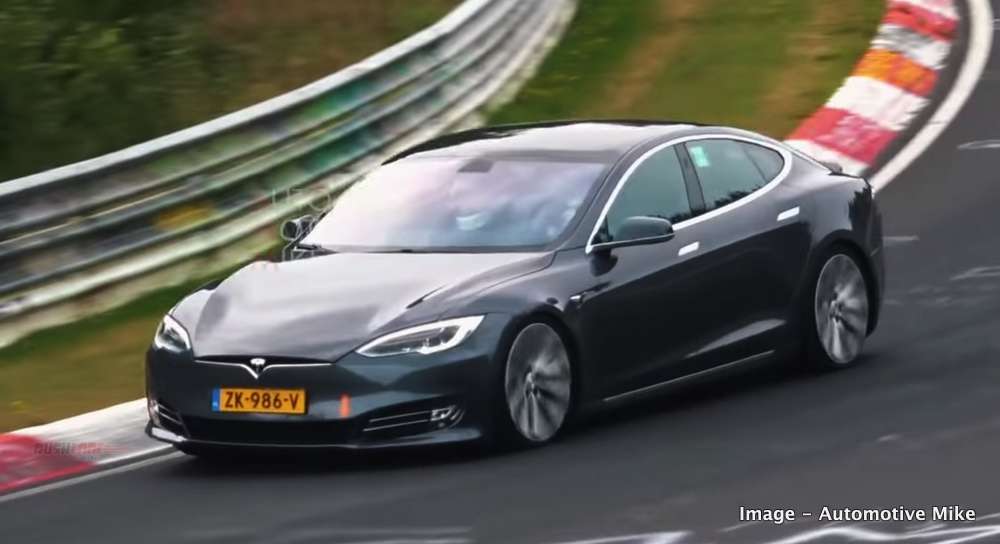 Ever since Porsche revealed that their new electric car, the Taycan has created a lap record at the Nürburgring, there has been a sort of unrest in the Tesla squad. In a way, Tesla knew this was coming from Porsche, and now they have a befitting reply.

Tesla has been testing a number of cars in Germany over the past month, and in a way knew Porsche was going to use the Nürburgring lap record to their advantage. This is why, in about 15 days of Porsche announcing their lap record, Tesla has reportedly spoiled their party.

Elon Musk confirmed that the Model S which took to the Nürburgring circuit is a prototype, which will enter production by next year. This new Model S variant, will come with a Plaid Mode. This is a new mode, which will deliver exceptional performance, never seen before in any Tesla till date. It will be much faster than the Ludicrous Mode. 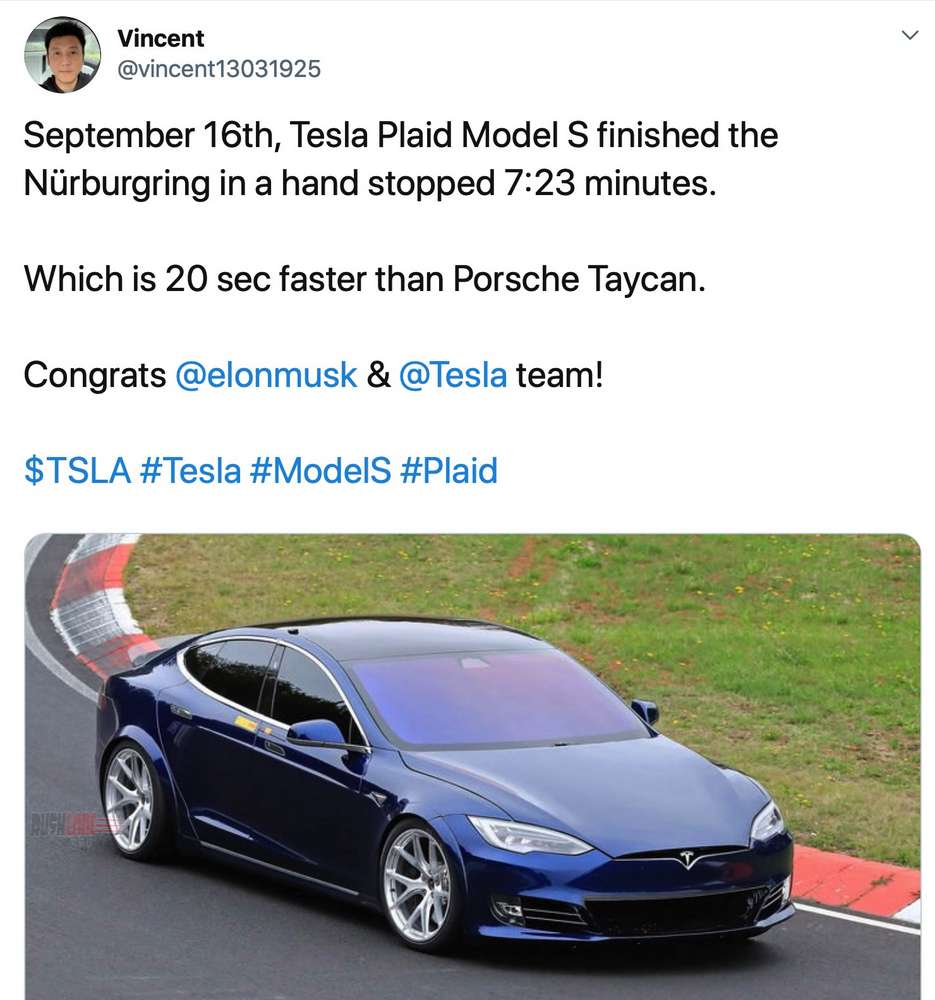 Fun Fact – The names Plaid and Ludicrous are taken from a 1987 movie called Spaceballs. The movie was a parody of Star Wars. When a spaceship entered warp speed, the lights around start looking as streaks due to the high speed travel. In Spaceballs movie, these streaks of light became plaid.

No specs of the Tesla Model S Plaid Mode were revealed. But Musk did confirm that the price will be lower than rivals. In this case, rival is the Taycan.

Elon Musk also claims that the reported lap time was just a start and that the production version of the Plaid Model S, set to arrive sometime next year would go even faster. With this said the electric car speed war will continue.