Tesla Model Y SUV has been launched at the LA Design Studio in Hawthorne, California today. Deliveries are set to start from fall of 2020, the new Model Y will boast of a 450 km range and 240 kmph top speed. It will accelerate from 0 to 100 kmph in 3.5 seconds.

Tesla Model Y joins the company lineup that currently consists of the Model 3, Model S and Model X in the passenger vehicle range along with the second generation Tesla Roadster and Tesla Semi. Prices start from $39,000 and go all the way to 60,000, which as per today’s currency conversion rates, is about Rs 27 lakhs to Rs 42 lakhs. It is priced just above the Model 3, and below the Model X and Model S. 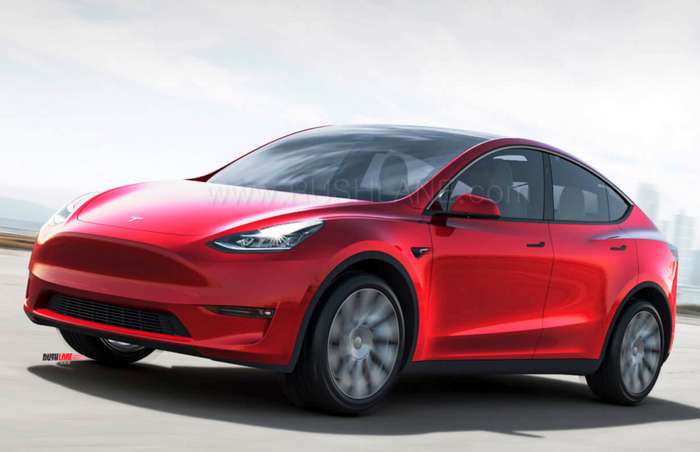 Model Y will be based on the same architectural platform as the Model 3, the entry level Tesla, with which it also shares 75 percent of its parts. The Model Y targets young family buyers with the SUV being bigger than the Model 3. It receives a higher roofline and third row seats taking interior capacity upto 7. 3rd row seats are optional. Just like Model X, it also gets panoramic sunroof. 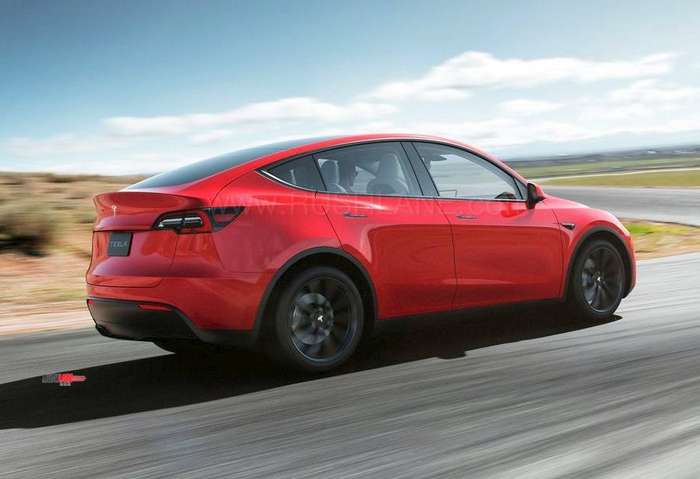 The all electric, four door, seven seater, all electric SUV gets refreshed interiors with a panoramic glass roof and a horizontally positioned 15” central touchscreen display unit. It boasts of cabin space of 66 cu. ft and well upholstered and comfortable seating.

Elon Musk, Chief Executive of Tesla has plans of selling more examples of Model Y as compared to Model 3 and Model S combined. The Model Y will be offered in four configurations along with a Standard Range Model set to arrive later, by Spring of 2021 prior to which three different variants will be on offer from Fall of 2020. Test drives are now offered, and order books are now open.