After months of waiting, finally there is an official word out, about the next Tesla SUV. The Model Y will be officially unveiled on 14th March 2019. The news was announced by Elon Musk on Twitter. The unveiling event take place at LA Design Studio. At the debut event of Model Y, Tesla will also be offering test drives. 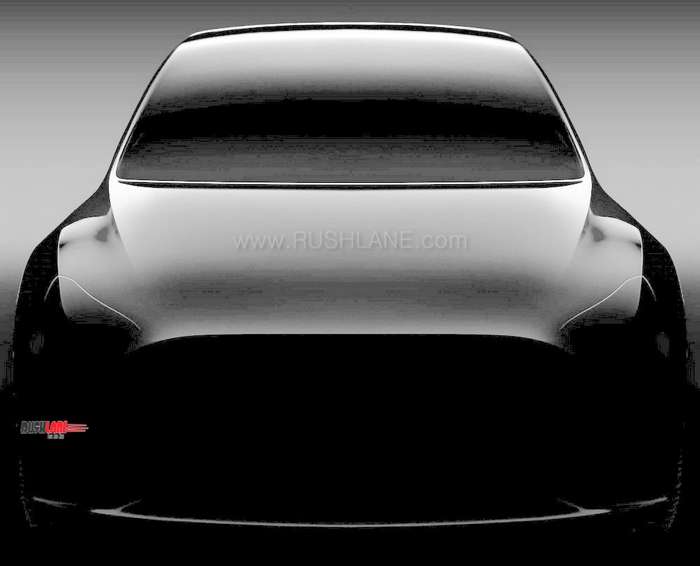 This will be the company’s fifth car, ever since it was founded in 2003. It will share 75 percent of its parts with the Model 3 sedan, which is the most affordable Tesla you can buy. Model Y will be 10% larger than Model 3. It will also be 10% more expensive than the Model 3, reveals Musk. Considering that the Model 3 has a retail price of $35k (approx Rs 25 lakhs as per today’s currency exchange rate), price of the Model Y is expected to be in the $38-40k region.

In terms of performance, Musk said that it will be lesser as compared to Model 3, as the battery size of Model Y is same as their entry-sedan. Tesla’s Model 3 has a range of 350 kms. It sees a top speed of 208 kmph and acceleration from 0 to 100 kmph in 5.6 seconds. This more or less gives idea about Model Y performance figures. Model 3 Standard Range Plus offers a higher range and more powerful drive train along with better appointed interiors at $37,000. Similar option could be on offer with Model Y. 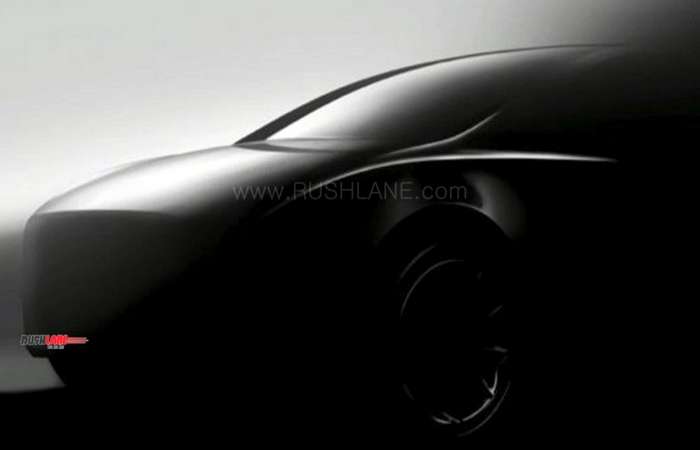 Tesla is also poised for the launch of an electric pickup truck later this year. The company also announced that their $35,000 Model 3 is transitioning to an online-only sales model. Model Y too could also follow online-only sales formula upon launch.

Musk has also made the first public announcement of Tesla’s new Supercharger V3. This will be going live on Wednesday March 6, 2019. This will be the next generation of electric car chargers with output of 200-250 kW which is around 50 percent higher than that offered on Tesla’s current superchargers. This means Tesla cars can now be charged even faster. 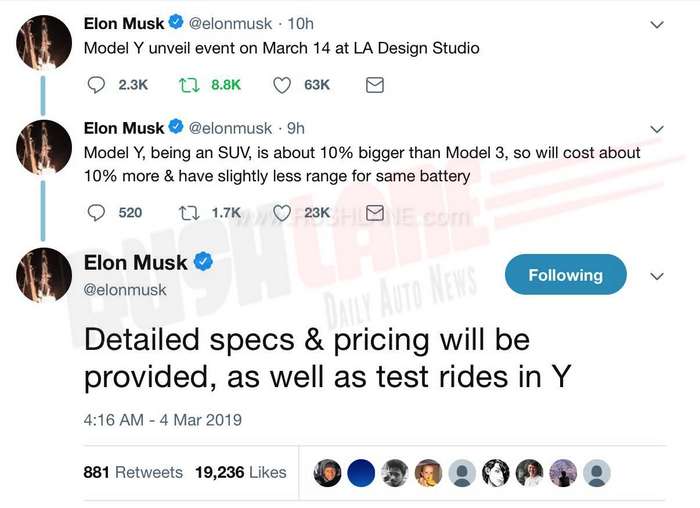