Thief who came to steal Bajaj Pulsar 150, head back home with a CFL – Video

A video has been shared on YouTube- wherein a thief has tried to steal a Bajaj Pulsar 150 parked outside the owner’s house. CCTV footage of the entire series of events has revealed that the desperate attempt made by the thief to break the lock and release the handlebars, has proved futile.

What the thief did not know that the bike also had a disc lock apart from the handle lock. If not for the disc lock, the thief would have managed to steal the Pulsar in a matter of minutes. Watch the video below.

The thief, in his frustration, decides to leave the bike alone. He then discusses with his friend, who had come with him for stealing the bike. After the discussion, the thief comes back to the Pulsar 150, steps on it and steals a bulb instead before getting onto his accomplices bike and making off into the darkness.

It is somehow found that the Bajaj Pulsar has not only drawn the attention of buyers in the country but now the 150cc and 180cc models are also the most stolen bikes. Every second motorcycle stolen is a Bajaj Pulsar and the main reason for this is that this brand of bikes has found demand in Bangladesh. 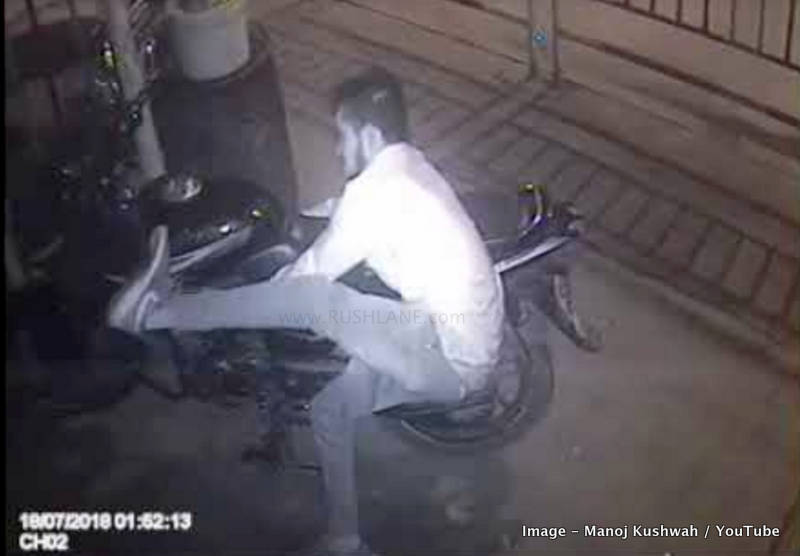 These engines are used to run motorized boats and pumps used for irrigation. Bajaj Pulsar bikes can generate 12-15 bhp power thus making them ideal for use in boats and pumps. The porous border between Bangladesh also allows such sales to thrive where the bikes are dismantled immediately so as to reduce proof of being stolen. The engines find buyers in Bangladesh while other parts are sold off in second hand markets.