With the importance of safety airbags gaining momentum, there is a new target for car thieves. While earlier it was alloy wheels and stereos that drew the attention of car thieves, it is now airbags that are being stolen and that too exclusively from Toyota Innova vehicles in the city of Bengaluru.

Airbags in cars is a very vital feature which has been demanded by car buyers while automakers are offering this feature as standard in all their models and across all variants. In the past week, a total of four such cases of airbag theft have come to the fore – all by Innova owners. The police have been trying to track these thieves but a recent incident has caused some confusion to both the police and car owners. 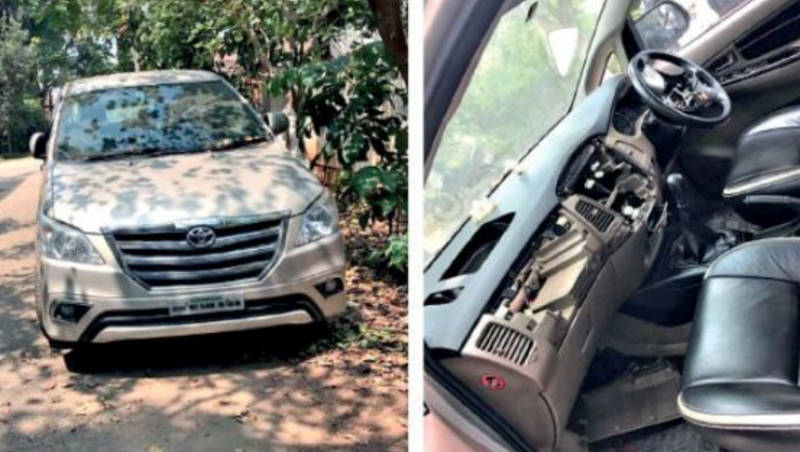 Somashekar, a businessman from Bengaluru found his Toyota Innova broken into during the night. The thieves made off with the front airbag kit, audio system, AC controller, mirror kits and sunglass holder – total cost Rs 3 lakhs plus. This is not the first such theft as reports of similar cases have been received over the past week. The thieves were not novices as removing the kits including airbags. These were removed with precision so as not to damage the proceeds in any way as this would have then found no value in the black market.

The police suspect an expert hand in these thefts and suggest that the thieves could either be mechanics with auto companies or employees of service centers. The dashboard clips were carefully removed so as to extricate the airbag system.

Airbags are priced upwards of Rs 1 lakh and sales in the black market could make the thieves a quick buck specially with rising demand for this safety feature. As of now, the thieves are exclusively targeting Toyota Innova cars but it could soon be other cars that could be targeted as demand in black markets rise. CCTV footage from the areas where these thefts have occurred is being reviewed while efforts are on to identify the culprits.

After market fitment of airbags procured from the black market will not ensure safety of the driver. This safety equipment is very sophisticated and its fitting involves a great deal of precision. This feature has to be installed by experienced personnel at company’s authorized dealerships and not purchased from the second hand market which could fail to deploy in the event of an accident and could potentially result in death.