Sales performance in December is not usually something the automakers are too excited about since most customers prefer waiting till January to buy their vehicles in the new year in a bid to have a better re-sale value.

Also, the year end discounts to push the inventory (and in some cases, to meet the annual sales target) puts pressure on the OEMs’ profit margin. This year, general slow down of the market in the last quarter due to various reasons further dampened the spirit. Nevertheless, here is the top 10 best selling cars in India last month. 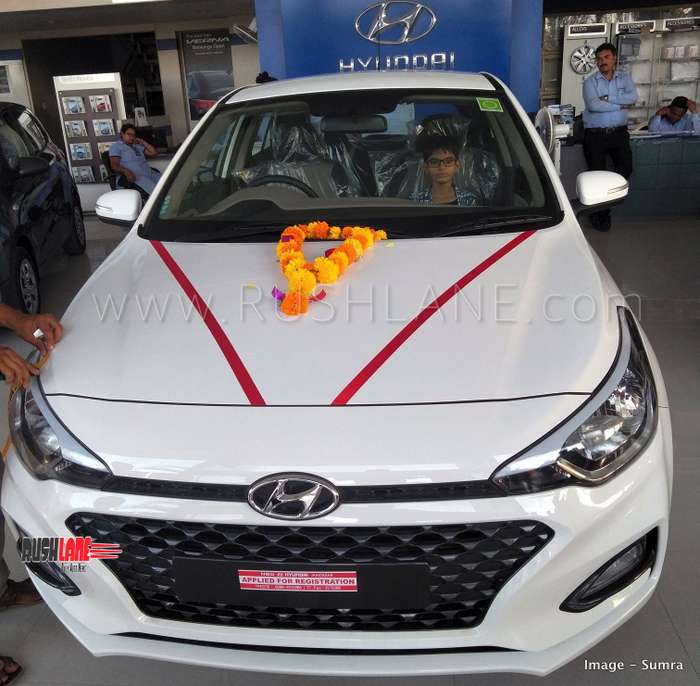 Maruti Alto claimed the top spot by clocking 25,121 units. The Wagon R didn’t feature in the list as the automaker is gearing up to launch the all-new model in January. The Dzire emerges as the second best selling model with 16,797 units. Interestingly, the Hyundai Elite i20 managed to pip its rival Maruti Baleno as well as the popular Swift to seal the last spot on the podium with 11,940 units sold. Hyundai i20 has also posted its best ever annual sales of 1.41 lakh in 2018.

The new Swift settled for fourth at 11,790 units while the Grand i10 secured fifth position with a tally of 11,450 units. We don’t remember the last time Hyundai managed to put two of its models in the top 5. 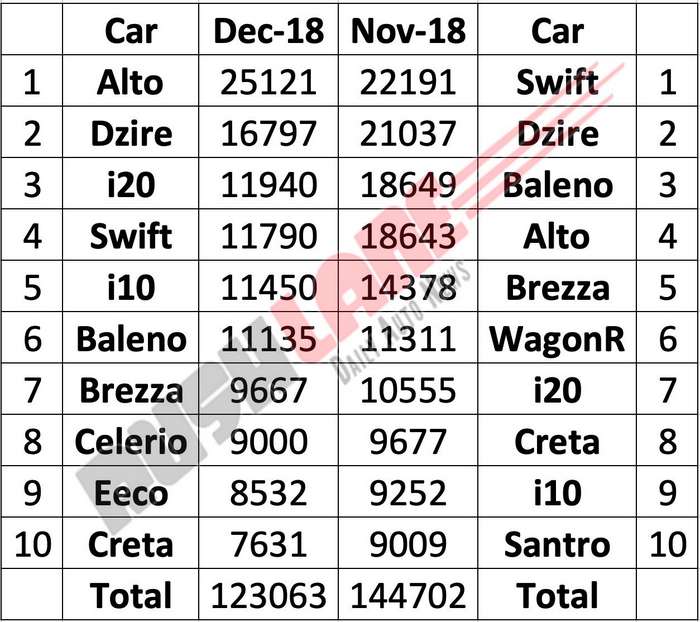 The Baleno finished sixth at 11,135 units. The fact that it got outsold by its South Korean rival suggests that it is about time for a facelift (an update is indeed on its way). Despite the SUV frenzy that has taken over our market, the Vitara Brezza only manages to get hold of seventh position (9,667 units). This suggests that the small cars are here to stay. At 9,000 units, the Celerio managed to find its way to eighth on the charts.

The aging Eeco may not pass the upcoming crash test norms but till the deadline arrives, Maruti has no reasons to take its affordable van off the shelf. It secured ninth position with sales of 8,532 units. The Hyundai Creta completes the all-Maruti-Hyundai list with sales of 7,631 units.