While buying a car, buyers in India check for fuel efficiency as a top priority. This is only obvious due to ever increasing prices of petrol. Buying a petrol car over a diesel one in India has certain advantages. Its lower initial cost, better levels of refinement and NVH. The figures of fuel efficiency quoted for each car are ARAI certified but these figures sometimes vary in actual road tests carried out. 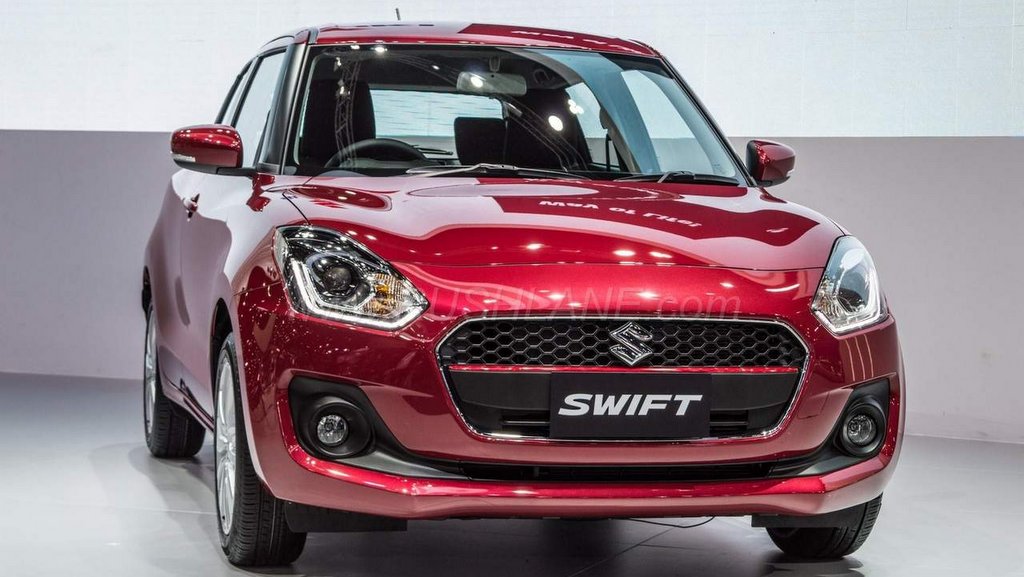 The new third generation Maruti Suzuki Swift is presented in four variants of – L, V, Z and Z+. It lists among some of the most fuel efficient cars in the country and competes against the likes of the Ford Figo, Nissan Micra and Hyundai Grand i10. 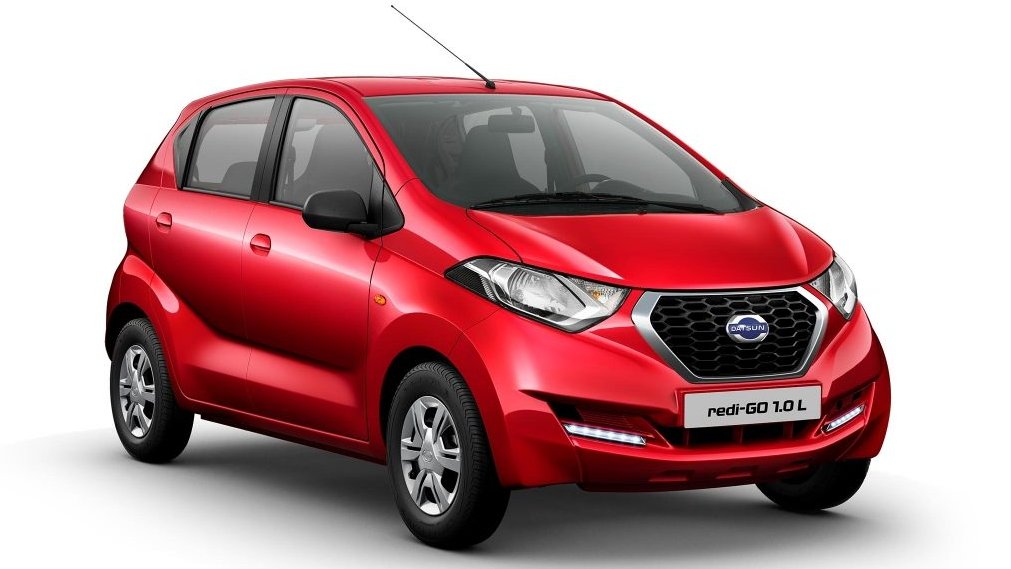 First launched in June 2016, Datsun RediGO is the most affordable offering in the Japanese automakers lineup in India. It is priced from INR 3.86 lakhs and takes on the Maruti Suzuki Alto K10 and the Renault Kwid 1.0 liter. It attracted buyers in the country due to its high ground clearance, excellent performance and fuel efficient engine.

Offering in a choice of 5 exterior color options, the Datsun RediGo hatchback is powered by a fuel efficient 1.0 liter engine that also powers the Renault Kwid 1.0. This engine offers 67 bhp power at 5,500 rpm and 91 Nm torque at 4,250 rpm mated to a 5 speed manual transmission. 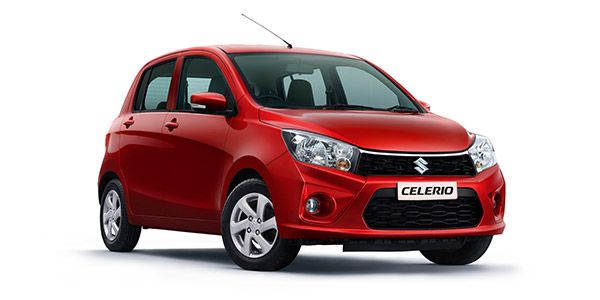 Maruti Celerio, the entry level hatchback was launched in India in February 2014. It recently received a mid-lift update in 2017 with modifications made to exterior and interior design. It was during this time that the Celerio also ditched its diesel engine and is now offered exclusively with a petrol engine.

Maruti Suzuki Celerio is powered by a 1.0 liter K10B petrol engine offering 67 bhp power and 90 Nm torque mated to a 5 speed manual transmission. This is the same engine that also powers the Alto K10 on which mileage is slightly lower as compared to the 23.1 kmpl fuel efficiency offered on the Celerio. The Maruti Suzuki Celerio competes with the Tata Tiago and Datsun Go in the small entry level hatchback segment. 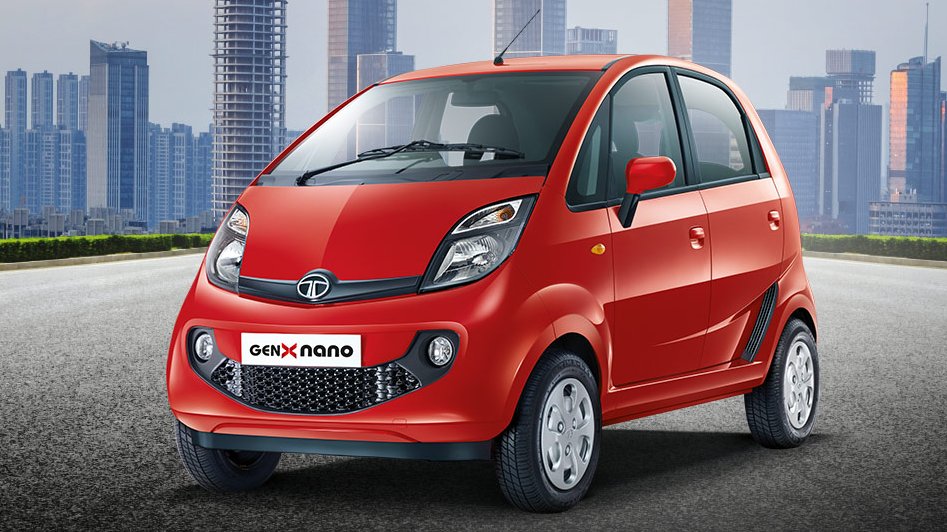 Tata Nano entry level hatchback that competes with the Maruti Suzuki Alto and the Hyundai Eon has been updated twice since launch in 2009. It now comes in with better styling and improved interiors, extra storage space and a more efficient petrol engine.

Tata Nano GenX is powered by a 624cc twin cylinder petrol engine offering 38 bhp power at 5,500 rpm and 51 Nm torque at 4,000 rpm. The engine is positioned at the rear of the car and power is sent to rear wheels via a 4 speed manual gearbox or a 5 speed AMT. This is the smallest internal combustion engine on any passenger car on sale in the country. The engine that is capable of a top speed of 80 kmph is fuel efficient to the extent of 23.60 kmpl as per ARAI certifications. 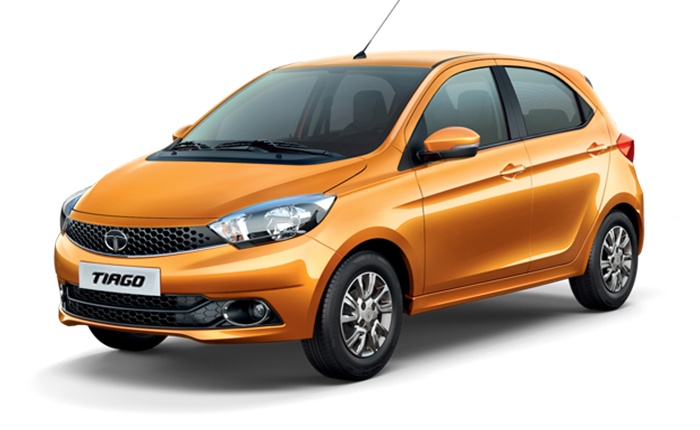 Tata Tiago launched in the compact hatchback segment in 2016 is also a highly fuel efficient car that is also regaled for its good exterior design, quality interiors and efficient ride and handling.

Tata Tiago is available in a total of 10 variants, five each for petrol and diesel. The petrol variants are powered by a 1.2 liter, 3 cylinder Revotron engine offering 84 bhp power at 6,000 rpm and 114 Nm torque mated to a 5 speed manual gearbox and delivering mileage of 23.84kmpl. The Tiago is regaled for its outstanding looks, well designed interiors and efficient handling. It competes with the Maruti Suzuki Celerio and Chevrolet Beat in the compact hatchback segment. 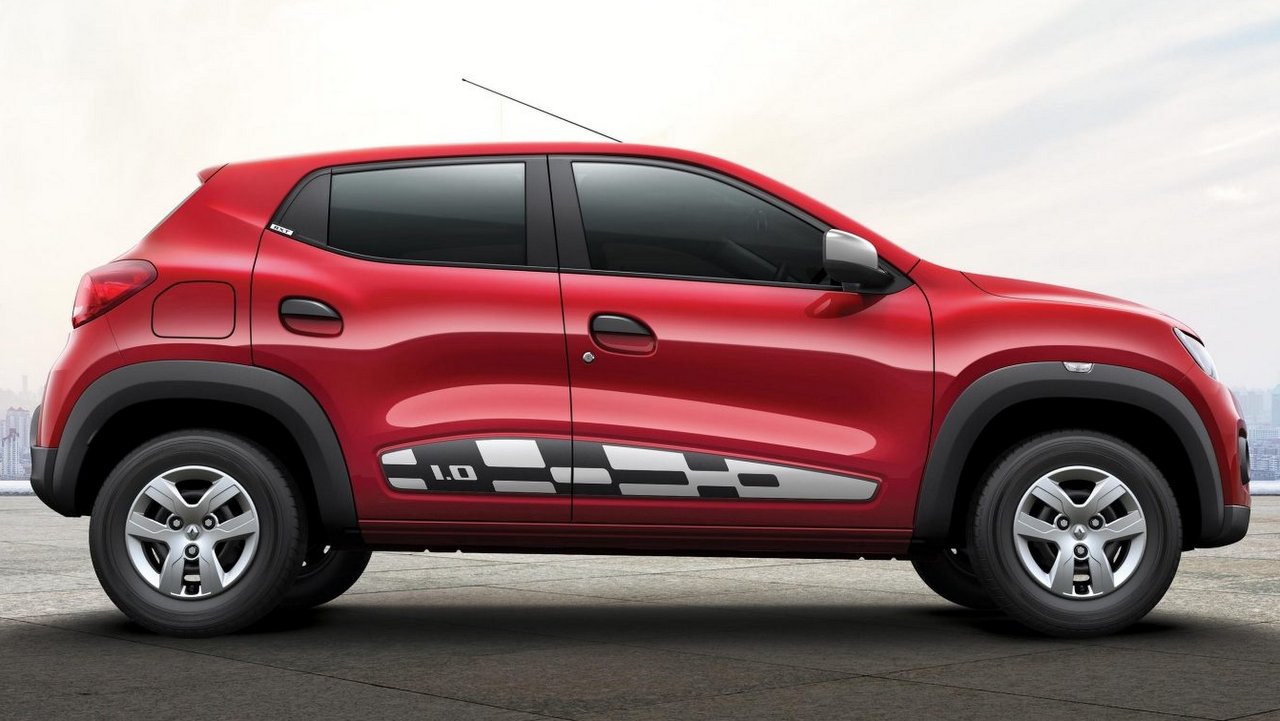 Renault Kwid 1.0 AMT was launched in India in 2016. A point to be noted is that the Kwid AMT version is more fuel efficient than the regular Kwid 1.0 liter.

Renault Kwid 1.0 AMT is available in three variants – RxL, RxT and RxT(O). The AMT version is offered in two variants of RxL and RxT(O). The AMT variants of the Renault Kwid 1.0 liter DOHC petrol engine offers 67 bhp power at 5,500 rpm and 91 Nm torque at 4,250 rpm. The manual transmission variant offers 23.01 kmph while the AMT variant is capable of fuel efficiency of 24.04 kmpl. 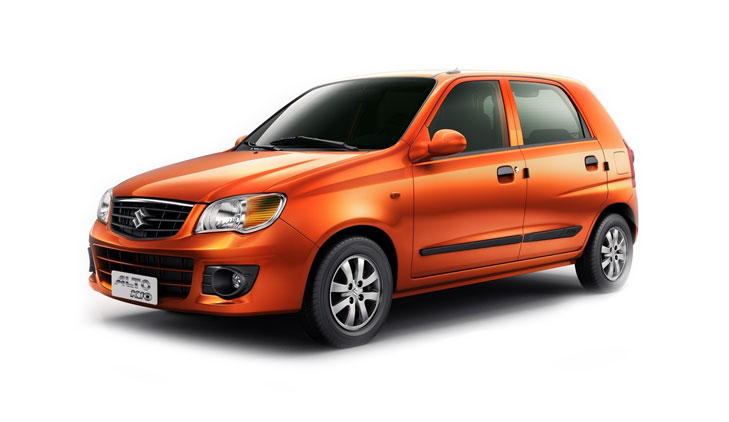 First launched in India in 2010, the Maruti Suzuki Alto K10 received an update in 2014. It is presented in 6 variants of LX, LXi, VXi, VXi ()), VXi (AMT) and LXi (CNG) and is a highly popular small hatchback and regaled for its fuel efficient 1000cc petrol engine.

This entry level hatchback is powered by 1.0 liter K Series petrol engine offering 67 bhp power at 6,000 rpm and 90 Nm torque at 3,500 rpm. The engine is mated to a 5 speed manual and AMT which is offered as an option. The new Alto K10 returns 24.07 kmpl with the AMT and manual gearbox. This A Segment hatchback competes with the Renault Kwid, Hyundai Eon and Datsun Redi-Go. 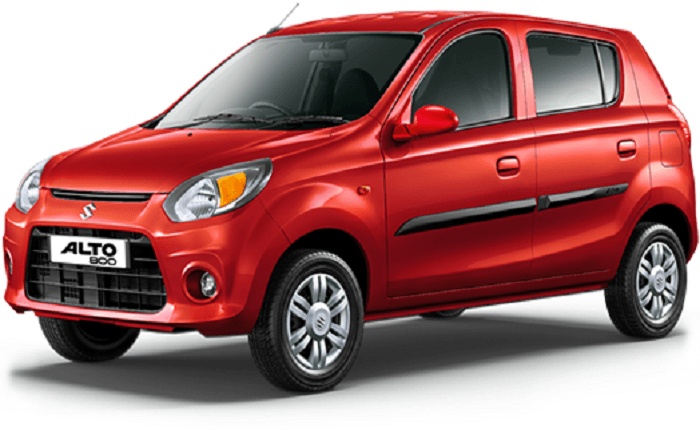 Initially introduced in India in 2012, the Maruti Alto 800 got a mid life facelift version in 2016 with exterior and interior updates. It features among some of the best fuel efficient petrol models in India in the mini hatchback segment. The hatchback performs well not only within city limits but is also highly efficient on the highway.

Maruti Alto 800 is powered by a 796cc, 3 cylinder petrol engine developing 47 bhp power at 6,000 rpm and 69 Nm torque at 3,500 rpm mated to a 5 speed manual gearbox. Regaled for its best mileage, easy maintenance and excellent resale value, the Alto 800 is one of the largest selling cars in India in its category. The Maruti 800 rivals the likes of Renault Kwid, Datsun Redi-GO and Hyundai Eon. 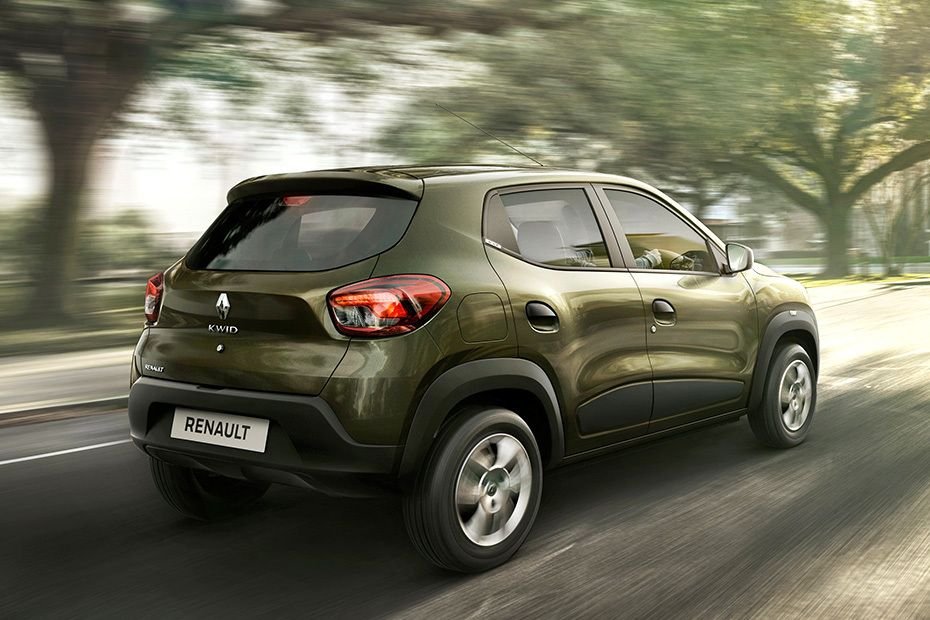 Fuel efficiency is promising on the Renault Kwid hatchback. The 800cc engine claims mileage of 25.17 kmpl while the 1000cc engine offers 24.04 kmpl. Renault Kwid is presented in Standard, RxE, RxE (O), RxL, RxT and RxT (O) variants and it competes against the Datsun Go, Hyundai Eon and Suzuki Alto 800. 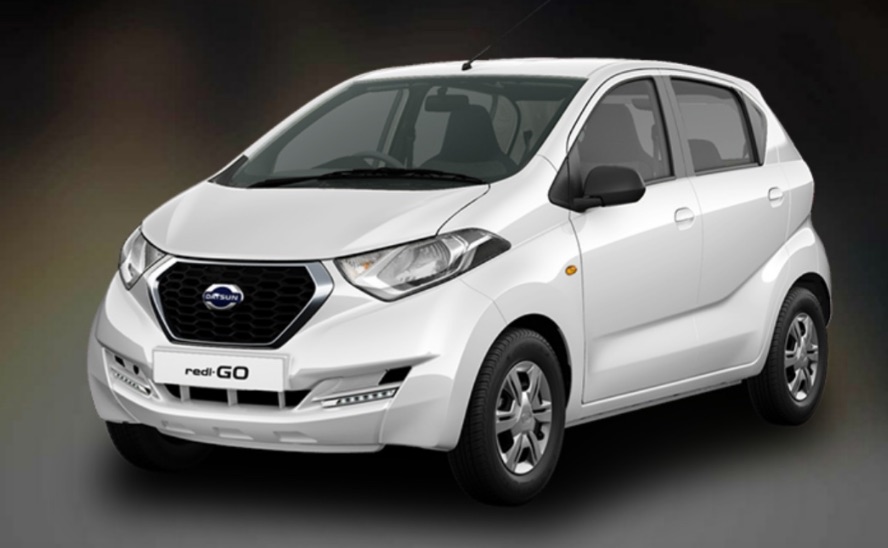 Datsun RediGo 800, the third car from Japanese automakers, was unveiled at the 2014 Auto Expo. Successfully launched in India, this A Segment hatchback competes with the Renault Kwid and Maruti Alto K10.

Featuring among some of the best mileage petrol cars in the country, the Datsun RediGo is powered by a 799cc petrol engine that offers 54 PS peak power at 5,678 rpm and 72 Nm peak torque at 4,386 rpm mated to a 5 speed manual transmission. ARAI certifies fuel efficiency at 25.17 kmpl.